In all the years I’ve played Yu-Gi-Oh, I’ve been waiting for that one game. The one that brings everything together. Not a fan-made online deck-building tool, or a condensed version fit for the casual player, but a multiplayer online experience that truly replicates the thrill of opening packs, special summoning, and taking your opponent’s life points down to zero. Then Yu-Gi-Oh! Master Duel lands in my lap, and at first glance, it seems that Konami has tuned in to my inner monologue.

Duelling itself feels great. I’ve been out of the Yu-Gi-Oh-sphere for a couple of years, but within minutes of picking up Master Duel, I was back in my pomp, activating face downs and watching as terrifying combos hammered my life points into nothingness. It might sound like a cliche, but the game offers the closest experience to playing the actual card game that we’ve got so far, and there’s an acute sense of satisfaction with every successful multi-summon routine.

I’m playing on Nintendo Switch and have had little to no problems with gameplay or connectivity. Following on from the success of Duel Links, it’s good to see that touch mechanics are as fluid as they are in the mobile game, and ranked matchmaking is just as quick and reliable. It’s a little jarring not being able to use my analogue sticks to move around the field in duels, but it doesn’t take too long to get used to going back to the d-pad, and if anything, the slight rigidity makes you less likely to make a mistake in the middle of a long combo chain.

Before getting into the online nitty-gritty, I have to give the solo mode in Yu-Gi-Oh! Master Duel some serious credit for not trying to be Nostalgia Simulator 2022. Instead, the game actively pushes you to understand the newer mechanics and card types, while shying away from cosying up to franchise icons or retro gameplay. 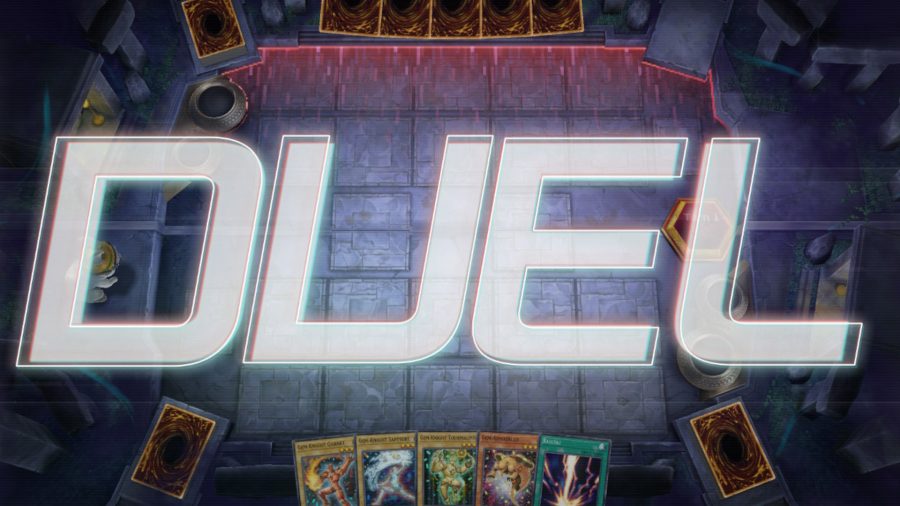 Yugi, Jaden, Kaiba, and co are all absent from the game, but their absence feels refreshing after over twenty years of Konami trying to shoehorn anime plots into their games. The individual scenarios in their place are a welcome change to the formula. Each solo segment delves into card lore, with different archetypes taking a turn at revealing their hidden narratives. It’s here that imaginative card designs that so often play second fiddle to the spiky-haired anime cast shine with some time in the spotlight.

Master Duel seems to want to take care of its new players very well, with each solo scenario nugget equipped with a two-part tutorial bringing you up to speed on specific decks and combos. That said, it could be a little clearer in how to generate cards, one of the new functions brought in to combat spending endless hours and gems on one specific card. Fortunately, with a bit of tinkering time, the system is intuitive enough that I was able to get into the swing of things without too many tutorial refreshers.

Master Duel ignores the haters, and lets the players play.

Despite the welcomed playability of solo mode, online PvP is the real draw for this game, with the online duel option sitting pretty at the top of the game’s main menu. The ranked game mode functions just as you think it might, with similarly skilled duellists battling it out to go further up the ladder and benefit from more rewards. There are no-frills here, not yet anyway, but it offers all you need for some competitive duelling and provides a nice trickle of bonuses for each rank attained. 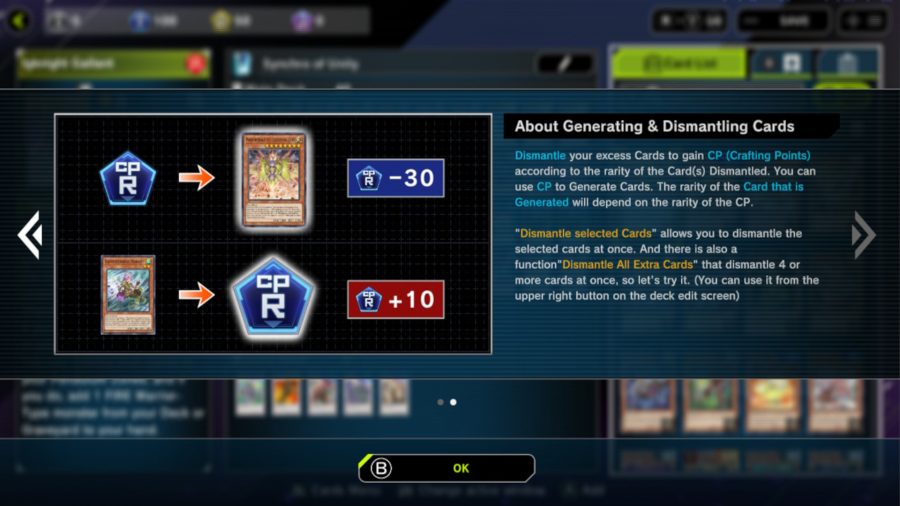 Casual duels, on the other hand, are currently quite lacking. The only free duel option is dependent on a clunky room-based system, with no instant matchmaking, and only a few customisable rules for funky duels. I have to admit that I was hoping for a bit more in the online game modes, a legacy mode certainly wouldn’t go amiss for us returning players still befuddled by Pendulum combos, or an easier to use casual mode for deck-testing.

Of course, this could still all change, as it’s clear that Konami looks to introduce more content alongside a tournament feature in the future. Still, it does make deck-testing more arduous when the only options are playing fast-and-loose with your ranking, or trying your luck in finding a casual room with a responsive opponent.

Throughout the engaging solo mode, the online ranking system, and the well-crafted deck-building menus, you can really tell that this one is for the duellists. There are no gimmicks here, and no attempt to innovate a formula that doesn’t need fixing. Instead, the game functions almost as a love letter to the card game core of what has exploded into a franchise packed with mediocre titles, all desperate to escape the perceived mundanity of the original card game. Master Duel ignores the haters, and lets the players play. 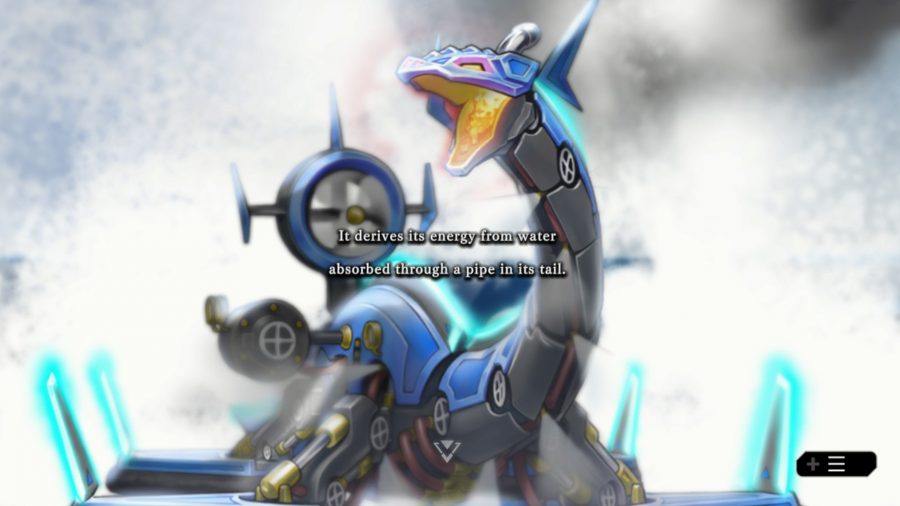 Like other free-to-play titles, there’s an option in Master Duel to purchase gems that can buy you packs of cards, decks, and in-game cosmetics. In this instance, it doesn’t feel predatory, and I so far have played for over twenty hours, made two custom decks, and haven’t once had to dip into my wallet for an extra couple of booster packs.

You’ll be glad to hear that in this way, Master Duel walks the fine line that has tripped up free game developers before, and I feel well compensated for sinking time into both online duels and grinding out the solo mode. It wasn’t even like solo mode was the regular rewards incentivised slogfest found in a free-to-play. If you couldn’t make out how excited I was earlier, then let me tell you that I never thought I’d give a flying fusion about Gem-Knight lore, but I was very, very wrong.

So, is this that game? Is it the one to pull the pieces of the millennium puzzle together and set in motion a return to form, and mass popularity, that the Yu-Gi-Oh franchise is desperate to see? I think it might be. I also think it might be too soon to say, before we know the extent of the tournament system, and before we get four months in and find out how hard it is to amass gems once the launch bonuses are out of the way. Still, for now, it’s just about all I can ask for in a Yu-Gi-Oh game. If the love for the game, and its community, that went into creating Master Duel continues through its further development, then I think it may well emerge as a mainstay platform for Konami’s king of card games.

Yu-Gi-Oh! Master Duel delivers what all duellists have been waiting for, as well as a surprise standout solo mode that relieves itself from the shackles of the anime. With quality deck-building mechanics, intuitive duelling, and an impressive roster of available cards, it’s only the test of time that this free-to-play game still has to ace.