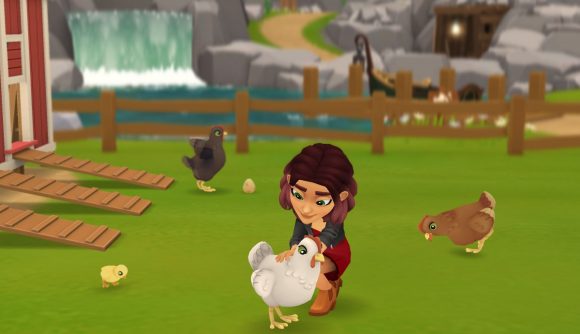 The first of the two February Apple Arcade Originals is Wylde Flowers, coming on February 18. This is a cosy-looking farming sim but with a spooky twist – as a witch, you can brew potions and ride your broomstick. The developer Studio Drydock describes it as ‘a game for folks who love stories, magic, queer themes, and everything cosy.’

Coming a week later is Gibbon: Beyond the Trees, an eco-conscious game about wildlife and the destructive force of humans. Playing as a gibbon, you swing through a gorgeously hand-drawn jungle, searching for a home as your habitat is destroyed. We’re also getting two classic mobile titles: Bridge Constructor+ and (my personal favourite) Bloons TD6+, all without ads or in-game purchases, as with all Apple Arcade titles that have a plus after the title. You can read about everything in the Apple Arcade update below.

Here’s a video of what’s coming in the February Apple Arcade update. We’ve broken it all down below as well.

The wait? Over. The games? Right here. Enjoy the magical life in Wylde Flowers, build amazing bridges in Bridge Constructor+, and see what else Apple Arcade has to offer this month.

You can also expect updates for Nickelodeon Extreme Tennis, Fruit Ninja Classic, Temple Run: Puzzle Adventure, SP!NG, Simon’s Cat, and Crayola Create and Play. Okay, that’s everything coming this February in the Apple Arcade update. For more mobile gaming fun, check out our list of the best Apple Arcade games to make the most of your subscription.