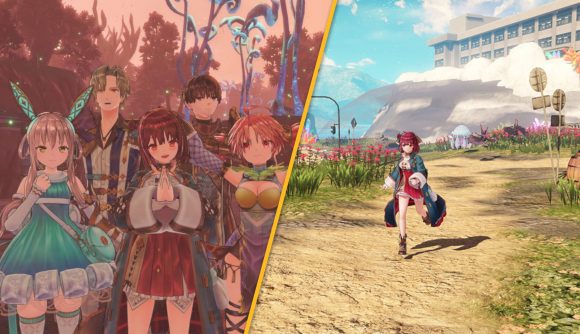 Less than a month after the launch of Atelier Sophie 2: The Alchemist of the Mysterious Dream, we’re already being treated to some DLC. As part of the game’s new expansion, you can explore a new gathering area, the Heartscape, which consists of two new maps inspired by another Gust game, Blue Reflection: Second Light.

It’s no surprise to see Atelier Sophie 2 DLC so soon following a successful launch and praise from critics, including our own Atelia Sophie 2 review. It’s clear that in the face of other big launches, developer Gust wants to give its still fresh game some staying power, and DLC is always a good way of keeping players engaged.

As well as a free DLC offering, Gust has also released a paid DLC package. The optional paid content contains some new recipes, a fresh BGM pack, and some incredibly snazzy bunny ears. Fortunately, there’s no story content in the purchasable option, so you won’t miss out on any adventures if you don’t want to part with your cash.

Where can I get Atelier Sophie 2 DLC?

You can find and download the Atelier Sophie 2 DLC by going to the game’s page on the eShop and scrolling down to the bottom of the page, where you’ll find the Heartstone content, amongst others. Alternatively, you can use the online eShop portal to access DLC and download it to your device.

With that, you’re up to date on the latest Atelier Sophie 2 DLC. If you’re loving your time in Gust’s magical world, be sure to check out our Atelier Sophie 2 interview for some incredible insight from the prestigious developers.