My first journey into the world of Atelier began last year when I had the opportunity to review Atelier Ryza 2: Lost Legends & the Secret Fairy. This gorgeous title ignited my love for the series, so I jumped at the chance to review the latest game.

If you didn’t get the chance to play the original Sophie, or can’t remember what transpired, Atelier Sophie 2: The Alchemist of the Mysterious Dream features a story recap video you can access from the start menu. This synopsis does a great job of getting you up to speed in a concise way, and I highly recommend viewing it on your first playthrough.

After watching the recap, I leapt right into the game. Sophie 2 takes place fairly soon after the first game, and sees Sophie and Plachta get sucked into the dream world of Erde Wiege. Once there, Sophie wakes up alone, and is taken in by a kind girl named Alette. The mission from there is clear – find Plachta, and work out how to get back home.

The graphics are much like other Atelier games, with gorgeous anime-inspired visuals as you explore and enter battles. I mostly played Sophie 2 portably on an OLED Switch, and I think this is the best way to experience the game. It’s worth noting though, that this title is fully voiced in Japanese, so if you’re not a fan of subtitles, you may want to give this one a miss. 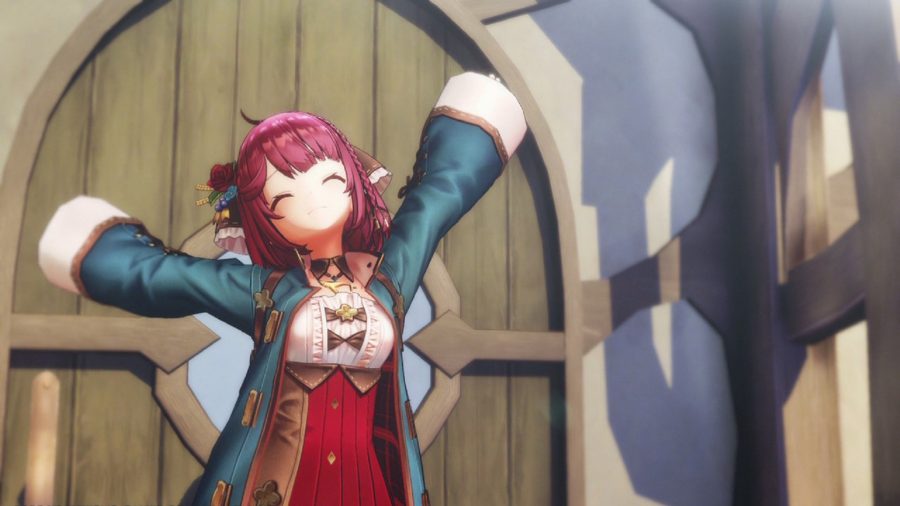 One of my favourite things about the Atelier games is the bustling cities. As you run through Roytale in Sophie 2, there are so many vibrant people to speak to and receive insight into the world, recipes for alchemy, and more. I feel that a lot of RPGs have towns that feel barren, and it’s refreshing to venture through a world that’s so obviously lived in.

I love to feel powerful when playing an RPG

You get the chance to venture out into the fields fairly soon, and there you can gather alchemy materials and battle monsters. Much like I mentioned in my Ryza 2 review, gathering can get very tedious, as each time you pick up an item, Sophie stops completely to bend over and pick it up rather than it being an instant process. In a game that requires you to collect a lot of bits and bobs, I would love for it to be a little more streamlined.

Despite this, the new major gathering spot mechanic does break up the monotony and keep things interesting. There’s a slot machine-esque mini-game when gathering certain items that allows you to get bonuses. I found myself very easily distracted during the main story, as I wanted to try out every major gathering spot I came across. 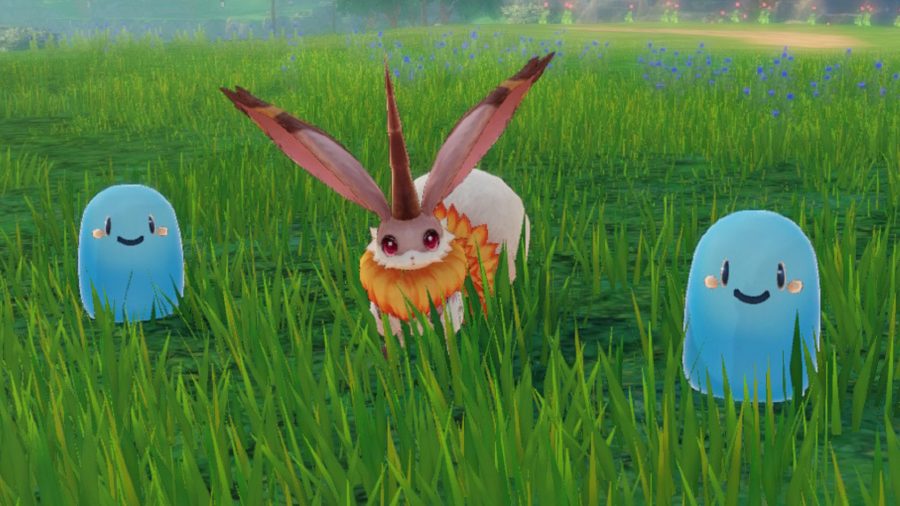 As I mentioned above, there are also numerous weird and wonderful creatures for you to battle. I much prefer the battle system in Sophie 2 to Ryza 2, as I’m a big fan of turn-based combat. Outside of my general love for all things turn-based, Sophie 2 stands out with its dual trigger skills that allow you to battle in unison with a team member, and multi-link turn battles that feature six-party members.

I played through Sophie 2 on normal difficulty, and found most of the smaller battles pretty easy when starting out with a dual trigger skill. This definitely isn’t a downside for me though, as I love to feel powerful when playing an RPG. However, if this bothers you, the game also has a hard and very hard mode, so you can really test your skills.

When you return to your Atelier after a hard day of exploring, it’s time to do some alchemy. I find this system hard to grasp at the start of most Atelier games, and I’m not sure the tutorial here does a great job of explaining the complexities. However, once you mess around with synthesis by yourself for a bit, you definitely come to terms with the intricacies and make some very impressive items, such as weapons and bombs you can use in battle. Just make sure you stick with it, even if things get a little confusing! 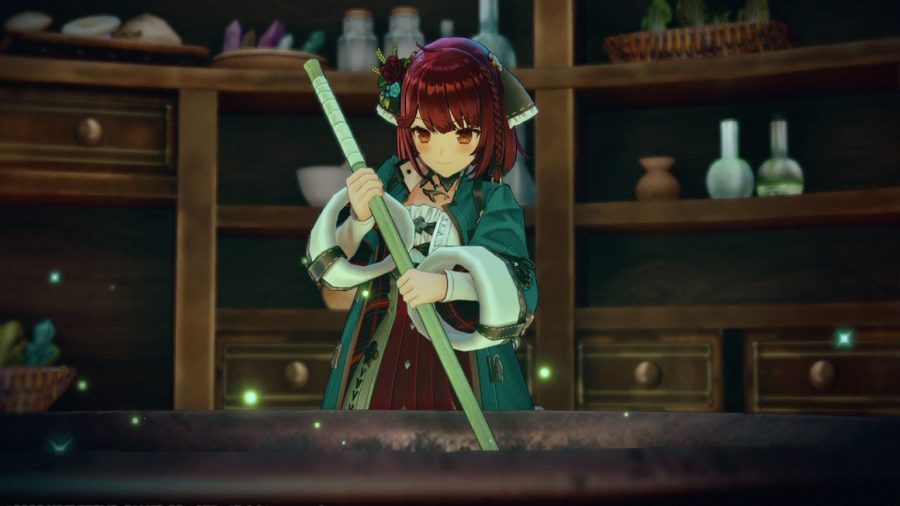 You start with a pretty small list of things you can create, but the game incentivises you to collect more items with some pretty handy recipes as a reward. I recommend that you go out of your way to create as many gathering tools as possible in the early game, so that you can try out more of the major gathering spots, and create some powerful items right from the get-go.

Another new feature I very much enjoy fiddling around with is the Dreamscape Stones. These special stones allow you to change the weather in certain areas, and it’s intriguing to see what effects these have on your surroundings. As an example, the first time you use this item, a perpetually rainy area becomes clear, and allows you to pass through a section of the map that was previously flooded.

I got the chance to play both the PS4 and Switch versions of Atelier Sophie 2, and I must say that I prefer to play portably on my OLED Switch. The colours pop, the loading times are fast, and the portability allows you to gather for hours anywhere you happen to be in real life. 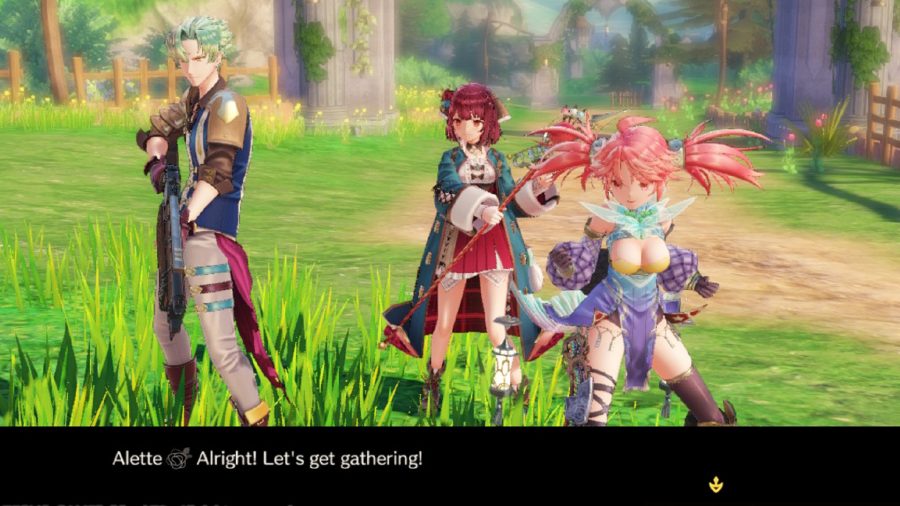 Atelier Sophie 2 definitely lives up to Ryza 2, and even manages to improve on certain elements. We’re not too far into 2022, but I can already see this title being one of my favourite games of the year, and I can’t wait to see what the future holds for the Atelier series. Pick this up on any platform you can for some classic RPG fun, with unique gameplay elements, and a charming story.

If you’re still not sold, I recommend you check out our Atelier Sophie 2 interview with the game’s producer, Junzo Hosoi, to get some great insight into the new features and learn more about the development process.

Atelier Sophie 2: The Alchemist of the Mysterious Dream is a joy from start to finish. It improves on certain elements from the series, has a charming new story with some familiar faces, and even adds intriguing new features for you to enjoy