Halloween is nearly upon us, bringing more tricks and treats than we can handle – though we are more than willing to work through as many sweet treats as possible. Not only is the spooktacular holiday the perfect time to indulge yourself in tasty snacks, pranks, tricks, and scary stories. It’s also the perfect occasion to dive into your favourite horror games, and there are many great titles to choose from in the genre. Some play upon your biggest fears, others offer deep psychological experiences that leave you questioning your own sanity, and some rely on monsters.

To get into the season of spooking, we’re going to look at what we consider to be the best Halloween games. Of course, if there’s one thing you can expect from a horror game, it’s terror. Some create a tense atmosphere that makes you feel as though you’re being watched from the shadows. Others are a lot more forward, using gore and enemies to create a chilling experience. At Pocket Tactics, we enjoy a good scare. Some of us consider Halloween to be our Christmas. We feel right at home with all the ghosts, ghouls, and things that go bump in the night.

When it comes to our favourite spooky games on Switch and mobile, there are some titles you’re bound to recognise, while others may be a gem you’re yet to try out. Either way, we guarantee these titles will provide the frightening fix that horror fans need, throwing you into terrifying situations that leave you fighting for your life.

Here are the best Halloween games, as recommended by each of the Pocket Tactics staff. 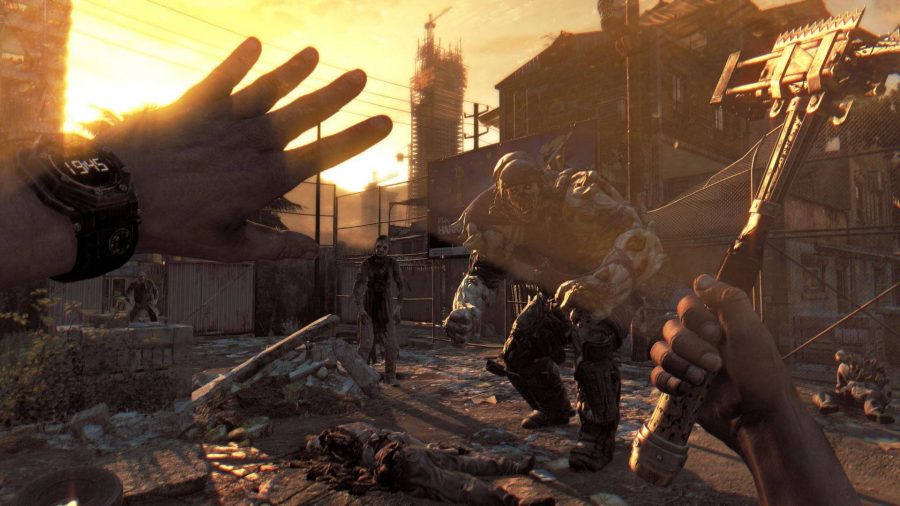 It’s fair to say that this was a last-minute decision, given the game only hit Nintendo Switch last week. Dying Light Platinum Edition is a superb horror game, blending various elements, from the smooth combat to the open world, the story, and, of course, the main attraction – zombies! Truthfully, picking my favourite Switch horror game was set to be quite tricky, then the undead-infused action horror game landed on the console, and all was right with the world.

Dying Light features a vast open-world where danger lurks around every corner, and that only increases ten-fold come nightfall. It builds tension beautifully and leaves you with a sense of impending doom frequently. However, it’s not just the infected you need to worry about – human’s really are monstrous and extremely selfish when it comes to survival. To deal with the untold terrors that await you, there are many weapons at your disposal. In fact, pretty much anything can become a weapon. It’s a game about survival that rewards risk-takers. You know, assuming you don’t become zombie chow.

If you want to know more about Dying Light Platinum Edition and why it’s one of the best horror games on Switch, be sure to check out our Dying Light review here. 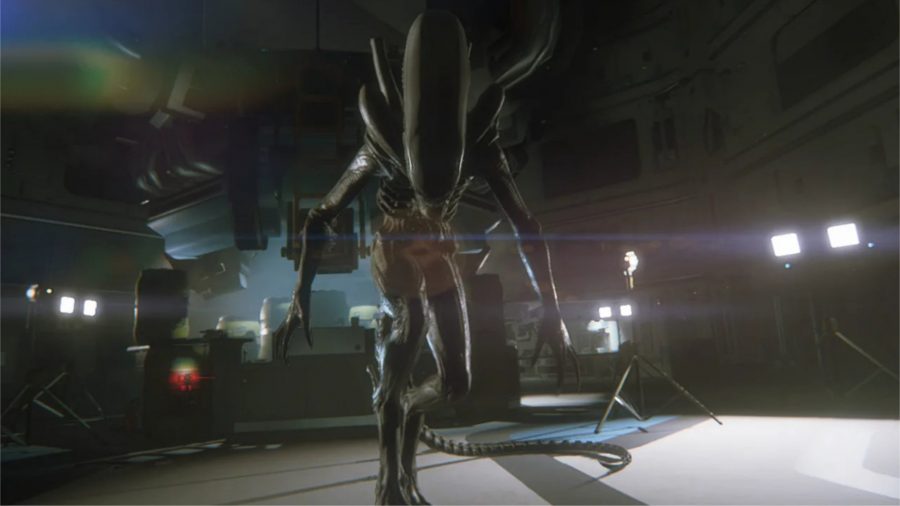 Very few pieces of media, either film or game, have managed to capture the true terror of the original Alien. Not even the subsequent Alien movies! Alien Isolation is a stellar return to this world that focuses on Ripley’s daughter, as she tries to uncover the truth. She quickly finds herself trapped on a desolate craft, with only a Xenomorph for company, and this killing machine is more adept than ever.

Instead of making the protagonist too powerful, Isolation focuses on building fear instead, as Ripley must run and hide to survive the terrifying extraterrestrial threat. The Switch port is also a fantastic translation of an already gorgeous video game that seems to lose almost nothing in the jump to the handheld. Not one for the faint of heart, but fans of the franchise will relish such a confident return to this universe. 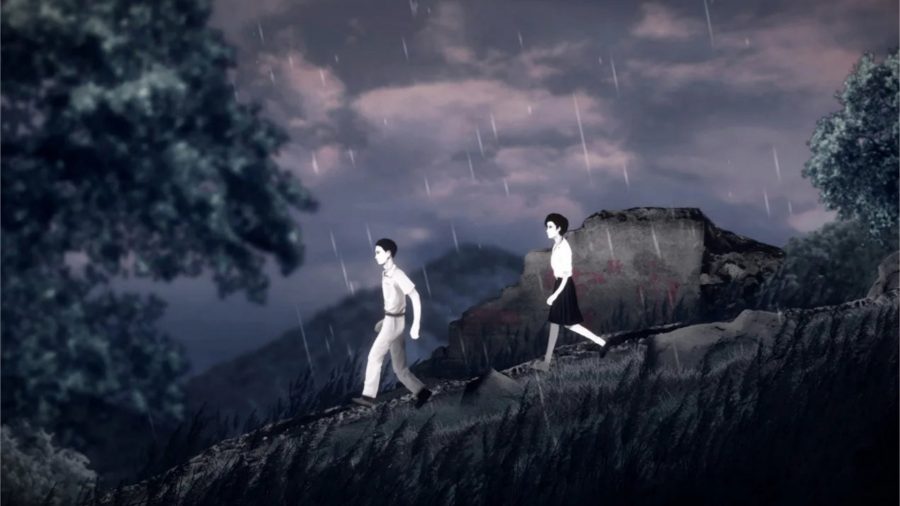 As a horror lover, I’m always looking for something fresh to subvert my expectations, and explore new areas of fear, and Detention truly excels in this. It’s a unique kind of disturbing, weaving in elements of traditional Taiwanese ghost stories with the true horrors of the country’s not so distant past. With haunting, hand-drawn art, intelligent and unnerving sound design, and a story that may just cut a little too close to the bone for some, its atmosphere is eerie and palpable at every turn.

The gameplay is simple, with a focus on problem-solving and keeping a level head in extremely tense situations, but the real pull is the narrative, which is well crafted and has stayed with me ever since. In my opinion, the scariest horror is that which highlights the monstrous nature of humanity itself – and Detention does that perfectly.

If you enjoy the game, be sure to check out the movie or excellent Netflix series of the same name. But keep in mind that all three will touch on heavy subjects that may be distressing for some. 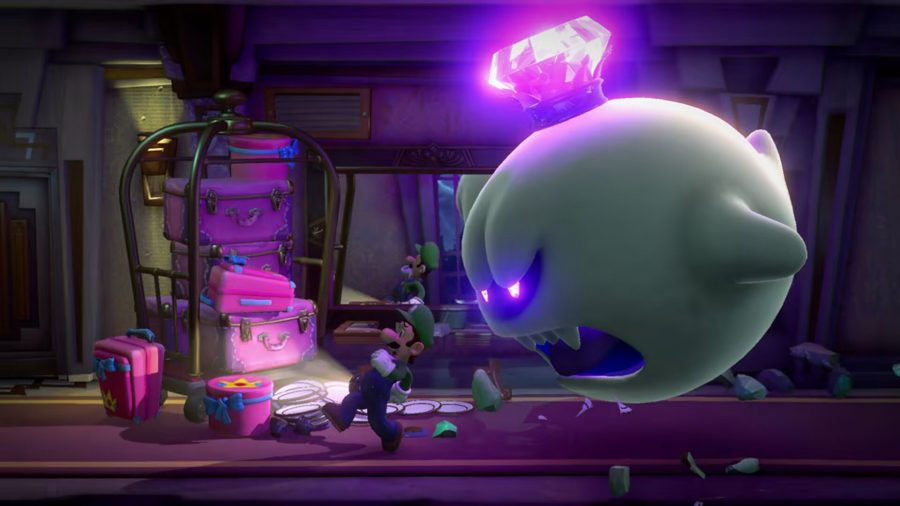 The first thing that comes to mind when you think of horror probably isn’t a green-overalled plumber chasing ghosts around a mansion. Well, you’re not entirely wrong, but if you need a break from all the spooks in this list, while still keeping the Halloween spirit alive, Luigi’s Mansion 3 is definitely the game for you.

In this game, you explore a spooky haunted mansion as Luigi, while collecting ghosts in your vacuum cleaner turned ghost sucker, the Poltergust G-00. You can even play Luigi’s Mansion 3 in couch co-op, just in case the scares are too much to handle alone.

And there you have it, our picks for the best Halloween games. Please be careful, we can only imagine what horrors you’re going to endure in Luigi’s Mansion – Ruby hasn’t been the same since she set foot in there.