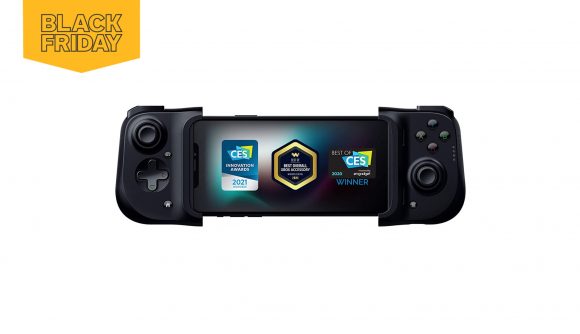 At this point in time, mobile gaming is more than a match in popularity for both console and PC gaming. Players around the world have dedicated hundreds of hours to games like Genshin Impact and Another Eden, and their fanbases are just as passionate and dedicated as those of their longer-established platform counterparts. One legitimate gripe that some players may have when gaming on their phone is that touch screen controls aren’t necessarily the best way to play every game. This is where the Razer Kishi mobile gaming controller comes in and, right now, you can get it at 40% off in Amazon’s Black Friday deals.

It works very simply: you just slot your phone into the middle and then you have controllers on either end. The setup looks kind of like a Nintendo Switch once it’s all together. It’s compatible with a number of different phones and tablets, including iPhone X, 11 and 12, Apple Arcade, Amazon Luna and Google Stadia (among others). With a collapsible design that allows it to fit into your pocket, you can have console-level control over your mobile games wherever you go.

With so many mobile games being designed for the grind, it’s easy to lose hours and hours on them at a time, but it can sure take its toll on your hands. The Razer Kishi mobile gaming controller was made with this in mind: its ergonomic design helps to keep your hands comfortable, even if you’re using it for hours on end.

If you’ve tried Bluetooth controllers and had trouble with the lag that they cause, rest assured, the Razer Kishi controller allows for latency-free gameplay. It connects directly to your mobile device’s charging port and eliminates the risk of lag that Bluetooth can cause. If you’re tired of using a Bluetooth controller that lags as bad as a Joy-Con drifts, then this could be a great time to make an upgrade. 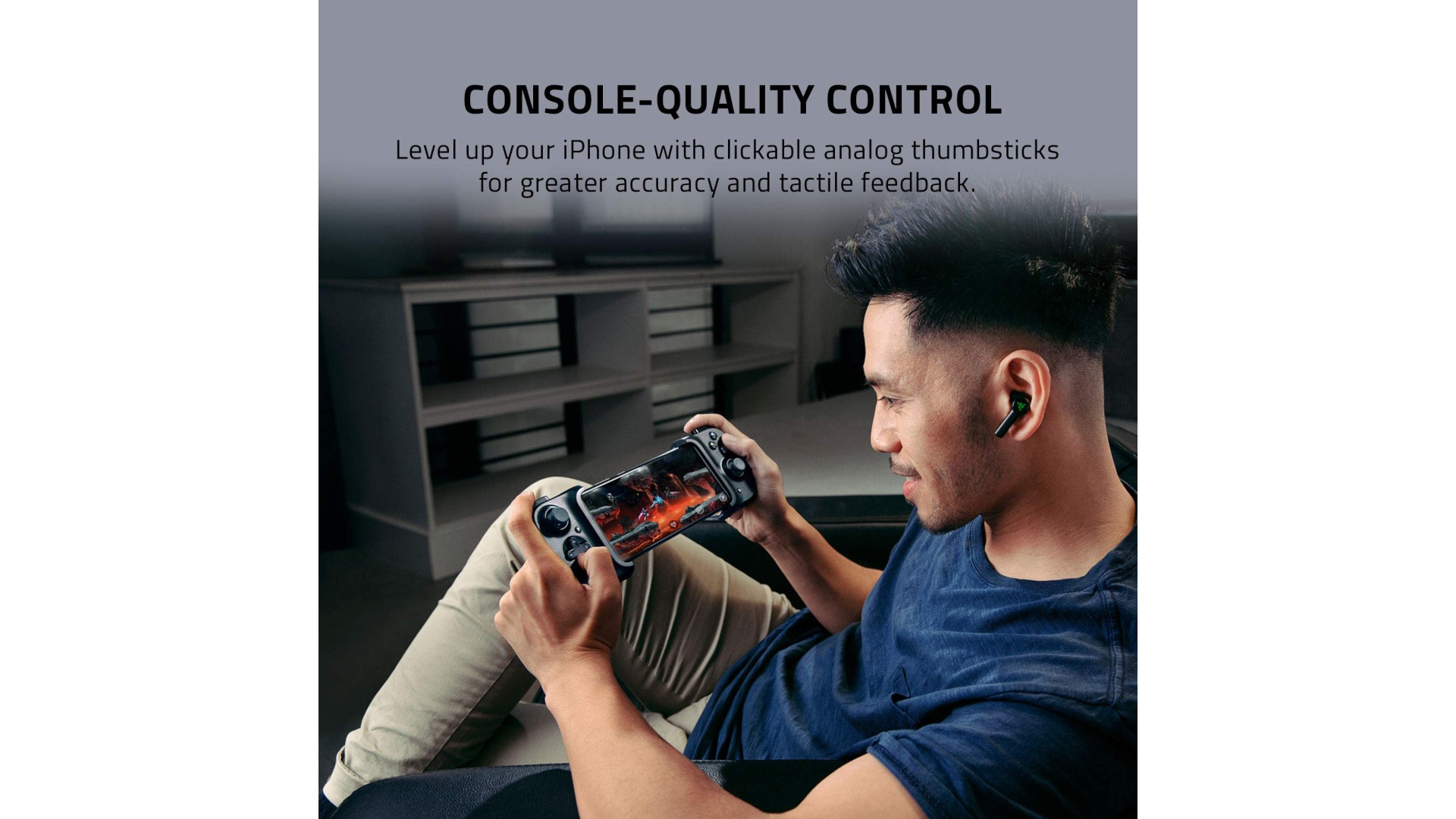 We don’t know how long this deal is going to run for, but we do know that deals tend to have very short life spans around Black Friday time, so make sure you don’t take too long before making a decision on this. If you want to see more deals like this, check out our Black Friday controller deals guide.