Link is the centre of everything in Nintendo’s The Legend of Zelda: Breath of the Wild. He’s who you play as in the game, he’s the one leading you on a great adventure, and he’s overall a pretty big deal in the Zelda universe.

BotW’s Link was chosen by the Master Sword and has lived his life so far protecting Princess Zelda, the titular character, as her royal knight. He’s fought countless monsters and has travelled through the vast world in order to do so. So, it might be handy to know as much about him as you can.

For example, You may know Link’s great with a bow and arrow, and he’s got enough strength to easily push large boulders. However, those two things are just the start. We’ve put together an ultimate guide that details what kind of personality he has, what his story is now, and in the past, and what abilities he has in the game. So, if you’re interested in learning more, read on and we’ll fill you in on everything about Breath of the Wild’s Link.

What is BotW Link’s backstory?

Link’s rumoured hometown is Hateno Village. This countryside dwelling led to him receiving disrespect from nobles after his promotion to both champion and personal bodyguard to Princess Zelda.

According to Mipha’s Diary, Link was only four when he travelled to Zora’s Domain with a group of Hylians on order from King Rhoam.

During his deep sleep in the Shrine of Resurrection, as referenced below in his BotW story, Link has suffered from amnesia meaning he doesn’t remember anyone or anything from before. 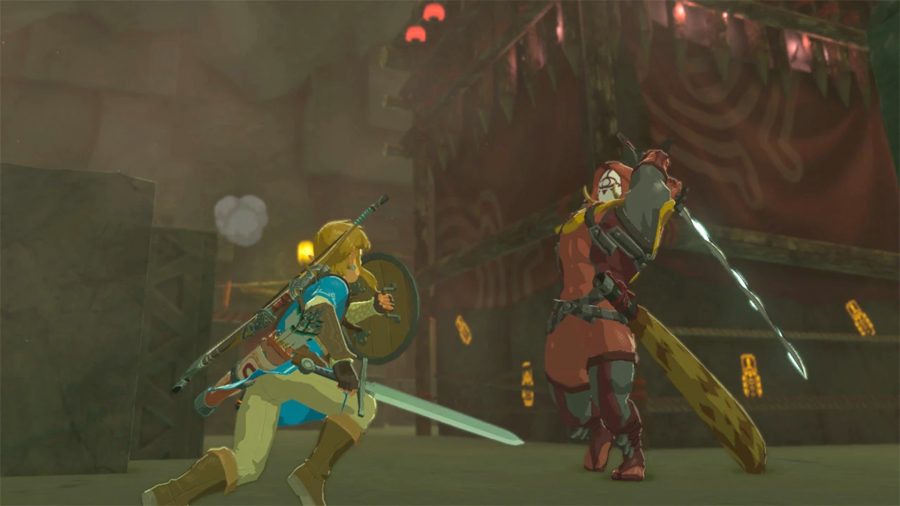 Link, as described by Mipha, is a curious boy, who is full of energy, but also a little reckless.

As he grew older, he became much quieter and outwardly colder, though potentially still the same person buried inside. Due to his important role within the Kingdom of Hyrule, Link grew to be a very strong and silent type.

In Breath of the Wild though, due to his amnesia, Link is similar to his boyhood character with more expression and a lighter mood, as he doesn’t remember the burden from his role in Hyrule.

It’s also rumoured, by Zelda and in diaries, that he loves food and is something of a glutton.

What is BotW Link’s story within the game?

Link is a Knight of Hyrule and in The Legend of Zelda: Breath of the Wild, he begins the game by awakening from a deep sleep in the Shrine of Resurrection. From there, he is led by a mysterious voice to pick up the Sheikah Slate and begin his journey on the outside world.

His first encounter is with an old man who will later tell him that the Calamity Ganon, an evil character that has shown up throughout Hyrule’s history, is currently sealed in Hyrule Castle, where he has remained for the past century. However, the old man informs Link that the Calamity Ganon is about to break free, and so it falls to Link to save Hyrule.

What are Breath of the Wild Link’s abilities?

Link is known for having several different abilities, listed below:

Want to know more about characters in The Legend of Zelda: Breath of the Wild? Why not check out our ultimate guide to BotW’s Zelda next.