I’m not sure how the team over at Nintendo made The Legend of Zelda: Breath of the Wild, one of the most expansive and impressive open-world games ever made, and then decided, “you know what? Let’s chuck a load of extra stuff in here,” but Nintendo are basically wizards at this point.

If you’re finished with your main playthrough, however, and are about to set off on your adventure through the BotW DLC, let us help you by breaking down what you can expect in both packs. There’s a lot of stuff to explore here, and whether you’re looking to grab every single Korok seed, or set off on another journey with Master Quest, a lot of the items you’ll find here will be really helpful.

Here’s our breakdown of the content you can expect to find in The Legend of Zelda: Breath of the Wild DLC. 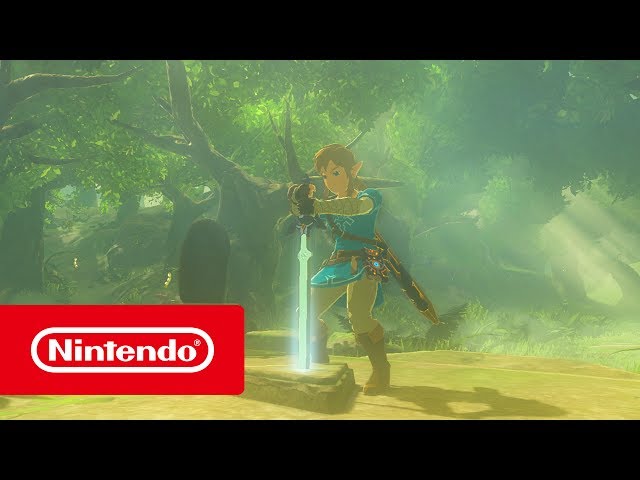 As soon as you purchase the Breath of the Wild Season Pass, three chests become available on the Great Plateau that you can encounter even if you start a new game. One includes the special Nintendo Switch t-shirt, a red shirt emblazoned with the Nintendo Switch logo. It doesn’t have a lot of defensive capabilities, but who needs defence when you’re busy being a nerd? The other two chests include a ruby, and some bomb arrows.

This first true DLC pack adds a lot of challenges to the game, as well as some convenient ways to help you on your journey. Once I found the Korok Mask, I never took it off, just wandering around and waiting for the occasional jolly shake and familiar “yahaha” of the Korok to point me in the direction of another puzzle. Originally released on June 30 2017, here’s everything you can find with The Master Trials DLC.

Trial of the Sword

Trial of the Sword provides a new set of stages where players are stripped of all weapons and armour, and must survive an onslaught of enemies in many different rooms. Completing all the rooms in a row will unlock the hidden power of the Master Sword, permanently bringing its damage to 60, though you can still wear it out.

Master mode is a harder difficulty option for when you start an adventure, it makes every enemy in the game at least one level higher. So, for example, regular Bokoblins become Blue Bokoblins, A Black Moblin would become a Silver Moblin, and any silver enemies are increased in power to the new gold tier. This includes the addition of the incredibly hard Gold Lynel.

As well as this, enemies can now be found on floating platforms hanging in the sky, waiting to attack you at any moment. Furthermore, enemies replenish their own health, and they can recover completely if you don’t dispatch them quick enough. This makes the game so much harder, especially the additional Trial of the Sword quest.

You can now view a version of the map which shows your path over the entire course of your journey up to 200 hours. This mode details where you were on the map over time, as well as every death, so it’s an interesting way to look back at your adventure. It was also a nice reminder of the many ways I tried and failed to originally get into the Goron village before being burned to death.

Breath of the Wild is already pretty stacked with fast-travel locations, as you can instantly skip to any shrine or tower you’ve already visited. But, there are some tricky places it would be handy to teleport to, and that’s where the travel medallion comes in, allowing you to set up a fast travel point wherever you want. Personally, I popped it right outside Calamity Ganon’s room in Hyrule Castle, so I could go back and smash his face in whenever I wanted.

You can get your hands on Majora’s mask, which hides you from any and all enemies temporarily, much like the Bokoblin and Lynel mask before it. Then there’s Midna’s helmet, which has seven defence points, and the ability guardian resist up. And finally, the Korok mask, which will shake whenever you are near a Korok seed.

Tingle’s hood, shirt, and tights make this set. Each piece has two defence points, and, when worn as a set, gives the ability night speed up. Also, when you talk to NPCs while wearing this outfit, they will act shocked and afraid, though we’d do the same if we saw an adult in that tight Tingle costume.

These quests will pop up as soon as you start the game with the DLC purchased, and point you in the direction of the unblockable items with hints: EX Trial of the Sword, EX Strange Mask Rumors, EX Teleportation Rumors!, EX Treasure: Ancient Mask, Fairy Clothes, Twilight Relic, and Phantasma‎‎. 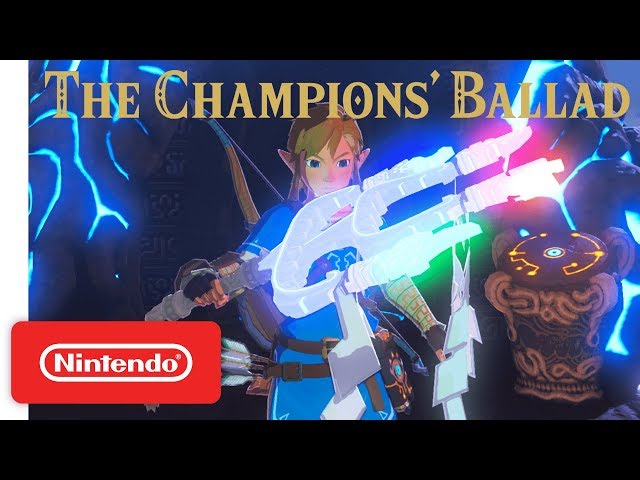 The second DLC pack is the meatier of the two, bringing significant additions to the story and new shrines, weapons, and even an entire divine beast to explore. It even gives players a brand new way to explore Hyrule with the master cycle zero, though it would be a bit handier to get a motorbike at the start of the game instead of at the very end. Still, this is a great addition to the title that adds some significant and huge things to do in the post-game as well.

This gives you a whole new divine beast to explore, and possibly the largest dungeon in the game. Beating this dungeon leads to a new and unique boss, and defeating them unlocks the master cycle zero.

Even more puzzles are waiting to be discovered and beaten in the world, giving players an additional boost to health and stamina.

This is a brand new weapon that’s part of the main story quest. With it, you can wipe enemies out easily, but equally, Link dies after taking a single hit.

Explore the fields of Hyrule on an actual motorcycle, fuelled by fruits and other food items. This is easily the quickest way to get around the map, so combined with the Korok mask, this could be a great way to mop up every last Korok seed.

Find and wear headwear based on Zant from Twilight Princess, and Ravio from Link Between Worlds.

Find and wear a shirt based on the shirt Link wears on Outset Island at the beginning of Wind Waker.

An armour set based on Phantom Ganon, each item gives the wearer ‘stealth up’, but the entire set will also give ‘disguise’ and ‘bone attack up’.

An outfit based on those worn by the royal guards 100 years ago, wearing the entire set gives the ability ‘charge attack stamina up’.

Equip your horse with this set, and a whistle that makes the horse appear beside you, no matter how far away you are. Previously horses could only return if you whistled in the same region they were in.

A new story chapter that explores more of each of the four champions, and leads to the new divine beast and the unique final boss.

There you have it, everything included in both of The Legend of Zelda: Breath of the Wild DLC packs. Hopefully, this should keep you busy for many hours, but if you need something else to play, you can also check out our bumper guide to the very best Switch games for even more glorious gaming goodness. 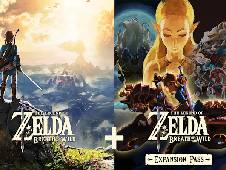