The Legend of Zelda: Breath of the Wild caused quite a stir when it was released for the Nintendo Switch in 2017. Not only did it usher in a new Nintendo console that lots of people like a lot, but it also turned Zelda on its head with a vast open-world, a wonderful new physics system, and many, many other dramatic changes. The biggest, by far, was the giant Zelda BotW map that you can explore from corner to corner without a single loading screen.

Of course, for how wonderful the game was, it did mean that any completionist now had a daunting task. As someone who has around 600 of the 900 Korok seed collectables, I know how long it takes to do almost everything in the game. It would have taken me even longer without an interactive Zelda BotW map, which is a must-have for any completionist. (I swear I will get the last of the Koroks before the next game comes out).

So, in finding that many Koroks, I have also found out which Zelda BotW maps are the best for the task. As the resident expert, I will rundown my three personal favourites. If you really want to get everything Zelda related, be sure to check out our BotW amiibo guide, and also brush up on your knowledge of BotW Link and BotW Zelda before the release of the sequel.

Now, let’s get into our Zelda BotW map recommendations. 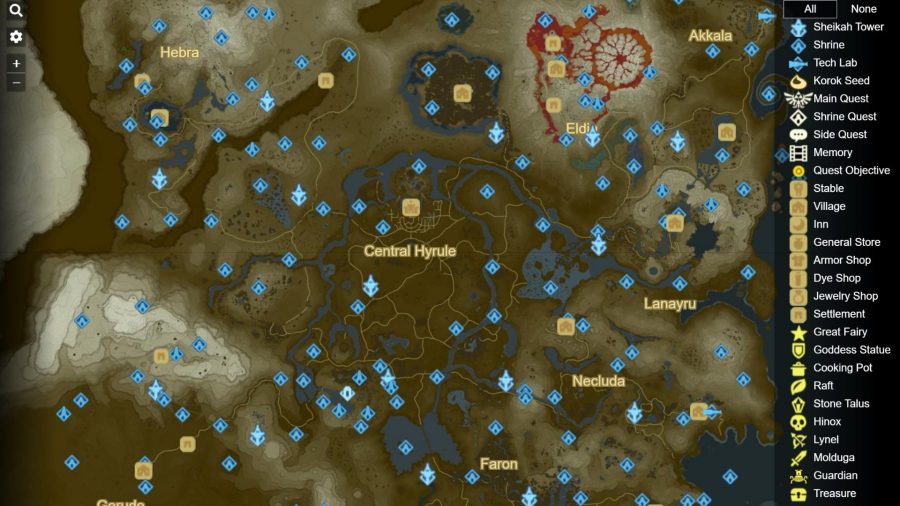 A simple, straightforward, no-nonsense map from an excellent fansite. The Zelda Dungeon BotW map lets you see the items of Hyrule in any way you want to. Just Korok seeds? No problem. Everything at once (except Koroks)? It can do that too. Sure, the other two maps can do that, but this map keeps things clean and simple, meaning other options don’t get in your way if item locations are all you need. 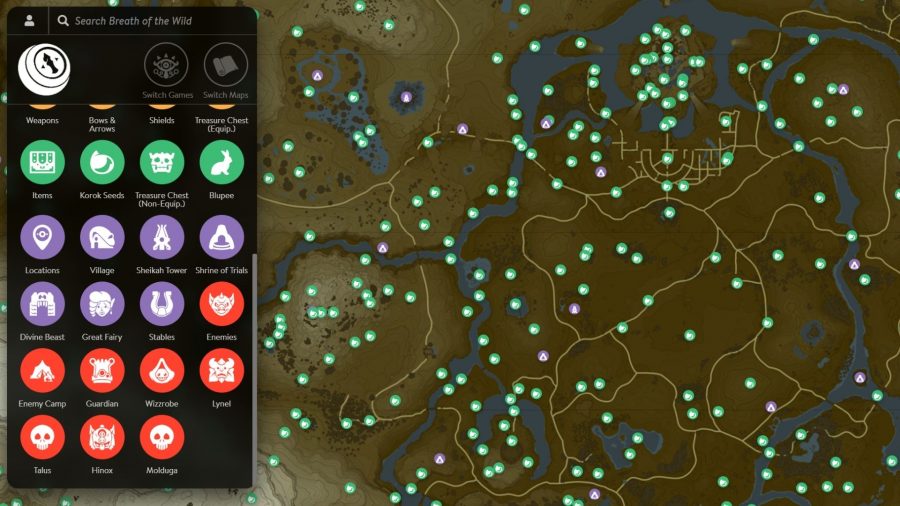 One for the design fans out there, the Zelda Maps BotW map has the most pleasing user interface of the bunch. Big round buttons to press to change what appears on the map, and nice custom logos for the different aspects of the map. It also lets you change to a Link’s Awakening map, and I expect them to add the map for the sequel to BotW too. So, if you want one go-to destination for all your Zelda maps, this is it. 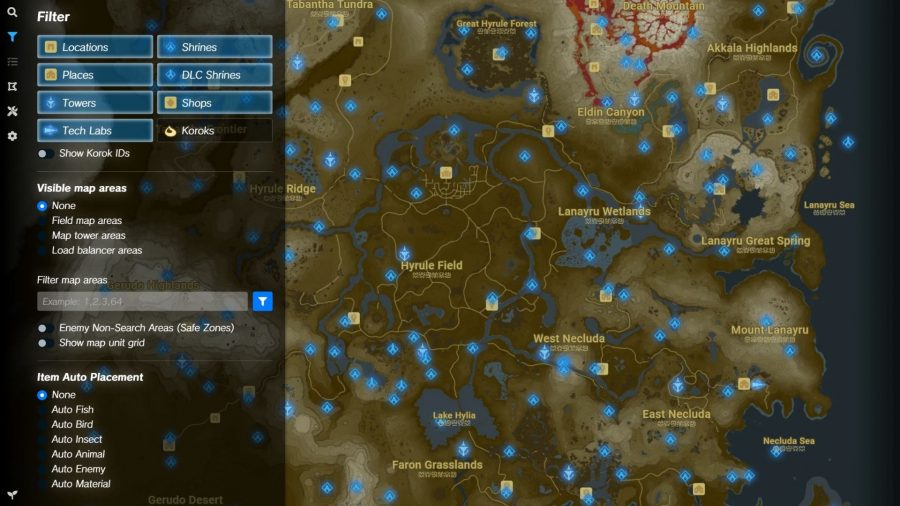 The most pliable of all the interactive maps is this BotW Object map. It covers everything the other two can, and then some. You can adjust highlighted map areas, set to Master Mode items, see where certain creatures spawn, and even see individual keycodes for Every. Single. Korok. It’s wild. Just don’t try it on mobile (the other two are much better for that).