First-person shooters are ever-evolving creatures, always adding new features, strange modes, shed-loads of guns, and all of the cosmetics you need to decorate them. Each Call of Duty: Mobile update is no different – bringing fresh content to keep the game alive and kicking.

here is the latest call of duty mobile update:

As we draw closer to season 11, the developers have revealed the patch notes ahead of the big update. Here’s a roundup of some of the biggest changes heading to the game:

Call of Duty Mobile season 11 will release next week. This was confirmed yesterday on the game’s official Twitter account. Will we see a new battle royale map and the return of zombies? Only time will tell.

Did you know that yesterday was COD: Mobile’s one-year anniversary? Yes? Darn. Well, there’s a chance you missed that a number of COD communities are holding major giveaways to celebrate the occasion. Each of the selected communities has 20,000 CP to split between 20 lucky players.

The official Call of Duty: Mobile Twitter account has retweeted several community competitions over the last 24 hours, so you’d be wise to head on over there for further info.

📢Yet another community has taken up the call to celebrate our Call of Duty: Mobile 1 Year Anniversary by providing some ways to snag some free CP!!

Check out the details below and best of luck 🤞 https://t.co/GgLt4GVes1

Season 11 of COD Mobile is currently expected to land in mid-October. Buzz surrounding incoming weapons and additions has reached a high, and YouTuber DannyFromYT has compiled a list of official teases, including one that suggests Season 11 could introduce major changes to the current in-game arsenal. 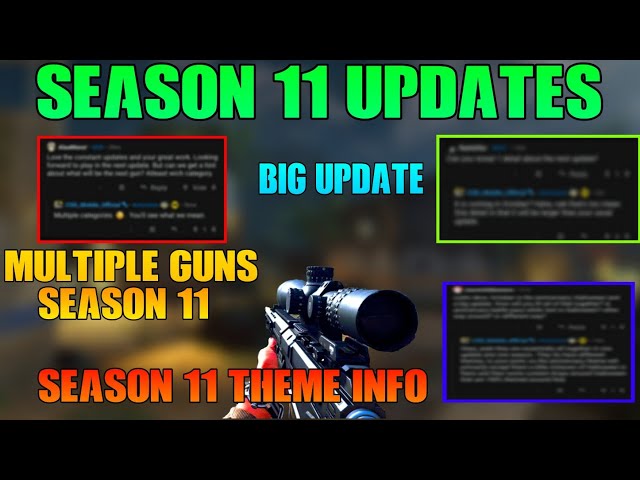 In celebration of the one year anniversary of Call of Duty: Mobile it looks like season 11 is pretty likely to include some hungry undead. That’s right, the much-loved zombie mode is returning to Call of Duty: Mobile. It also looks increasingly likely with Halloween just on the horizon. Night mode is also reportedly coming to the game:

Season 10 of Call of Duty: Mobile, The Hunt, has arrived, and we’ve got all the info on what it brings. Here’s what to expect in-game:

This new control-based multiplayer mode is about taking a random location and holding it against the enemy to earn points. Below is a video of what to expect:

📡 Wait, capture, and defend!⁣
⁣
🆕 New Multiplayer mode, Headquarters is coming to #CODMobile in the next season! pic.twitter.com/KIb8pbN4Ql

This new multiplayer mode focuses around increased difficulty, with less health, no regeneration, and a limited HUD: 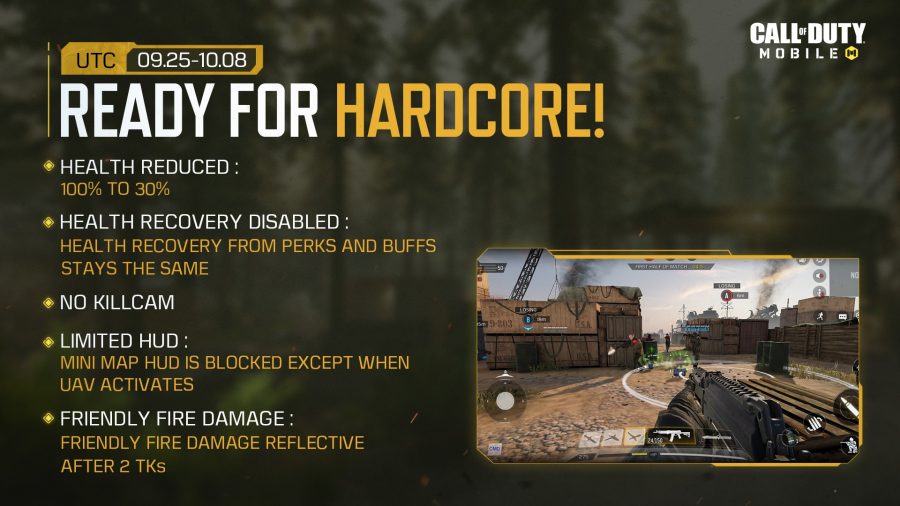 This new Battle Royale class allows you to hack and disarm enemy utilities. In the video below, you can see the Hacker using their skill to disable tripwires and other enemy gadgets:

💻⚡ Prevent your enemies from using their utilities against you with the new Battle Royale class, Hacker!⁣
⁣
👍 Coming to #CODMobile next season! pic.twitter.com/Ob1hGS2dRD

In terms of maps, we have the long-anticipated Terminal, which is available right now, and Pine, a new map revealed for Gunfight mode which arrives later this month.

A full list of changes, including what paid battle pass gets you, can be found in the Call of Duty: Mobile update post.

Call of Duty: Mobile season nine, Conquest, has dropped, and here are all the changes it brings to the game:

Look below for more information on season nine’s important additions.

The most anticipated feature from Call of Duty: Mobile season nine is the Gunsmith. Here’s how it works:

As Call of Duty: Mobile says, customisation is the future! If you want to see more, the video below shows the feature in action:

📣 Introducing a new feature coming to #CODMobile in the next season, Gunsmith!

❓ Which weapons do you plan on customizing?

🛠 Create your own ultimate weapons in Multiplayer and Battle Royale! pic.twitter.com/nW1vlbIcyZ

Season nine brings new locations such as campgrounds, dormitory, radar base, and outpost to Isolated, Call of Duty: Mobile’s battle royale map. They all look pretty decent, with a variety of terrain and plenty of buildings for snipery goodness. You can check out some images of the new locations below:

4️⃣📍 4 new locations are now available for you to explore & master in #CODMobile Battle Royale!

Shipment 1944 is also a new map in the regular game that will provide some close-quarters gunfights. 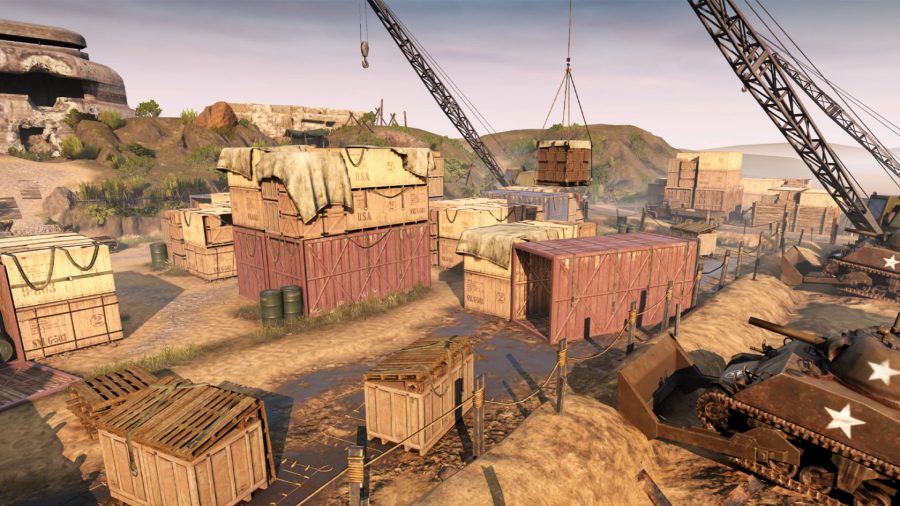 We got lots of fun stuff in Call of Duty: Mobile season eight. Here’s a roundup of the changes and inclusions:

If you want to become a part of Call of Duty: Mobile, you can download the game on Google Play and the App Store! Also be sure to see our list of the best mobile multiplayer games for more recommendations like COD Mobile!