Candy Crush Saga is one of the most popular mobile games ever, and for good reason! This highly addictive match-three puzzle game has been a staple app on iOS and Android phones since it launched back in 2012. There are a number of Candy Crush games that players may not be aware of if they haven’t reached a specific level. If you’ve ever wanted to know exactly what those games are, you’ve come to the right place.

With over 8,000 levels currently available in Candy Crush Saga, we can forgive fans for not being aware of every single one. Returning Candy Crush players may not know that King, the developer of the game, removed one of these modes for being too difficult. Despite this change, there are still plenty of Candy Crush games to give you a hard time.

HERE are all the CANDY CRUSH GAMEs:

Moves levels are the very first Candy Crush games you encounter. In this mode, you only have a set amount of moves you can make before the game ends. If you can’t reach the minimum score threshold within your allotted number of moves, you lose. Finishing this game mode with any moves remaining activates Sugar Crush, turning any Special Candies you’ve earned into bonus points.

Finishing these stages with extra moves causes Jelly Fish to appear, eating any spare candy left on the stage. For each Jelly Fish on the screen, the player is awarded 1,020 points. One spare move equates to one Jelly Fish, so try to be as efficient as possible when clearing the board. 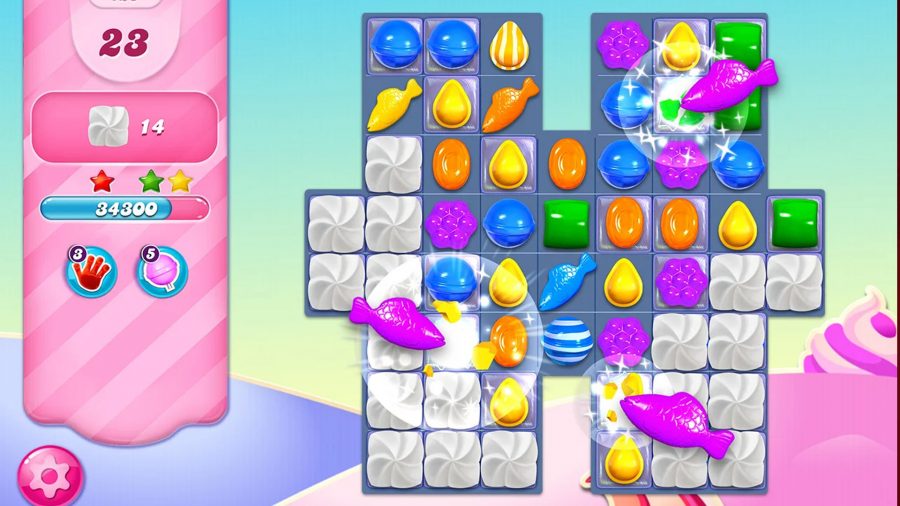 Ingredients levels spawn either a cherry or a hazelnut (in some instances, both) that you must get to the bottom of the board. You’ll run into the Ingredients modes at level 11. Similarly to Moves, you only have a certain number of turns to obtain these ingredients.

Each ingredient is worth 10,000 points, in addition to any points you’ve earned from matching candy. Any remaining moves l convert pieces of candy on the board into striped candy, awarding 3,000 points each.

Candy Order levels impose a turn limit, forcing you to collect a specific number of candy combinations, blockers, and candies. This is the first mode to introduce blockers, a special type of object that prevents you from accessing any candies. It’s important to remove blockers as soon as possible as it makes clearing the rest of the level considerably easier.

You need to play for quite a while to see Candy Order levels as they first appear at level 126. Collecting candies in this mode is simple, just clear the candies. The only time this doesn’t apply is when the candy is eaten by chocolate, but that’s the only exception. Any remaining moves turn random candies into striped candy.

As the name suggests, the Mixed Modes levels take any two modes listed above and mix them together. The Candy Crush Saga community commonly refer to these levels as the most difficult in the entire game, which is why they’re introduced at level 656. Some of the combinations include: ‘Clear all the jellies and collect all ingredients’, and ‘Clear all the jellies and collect all orders’. 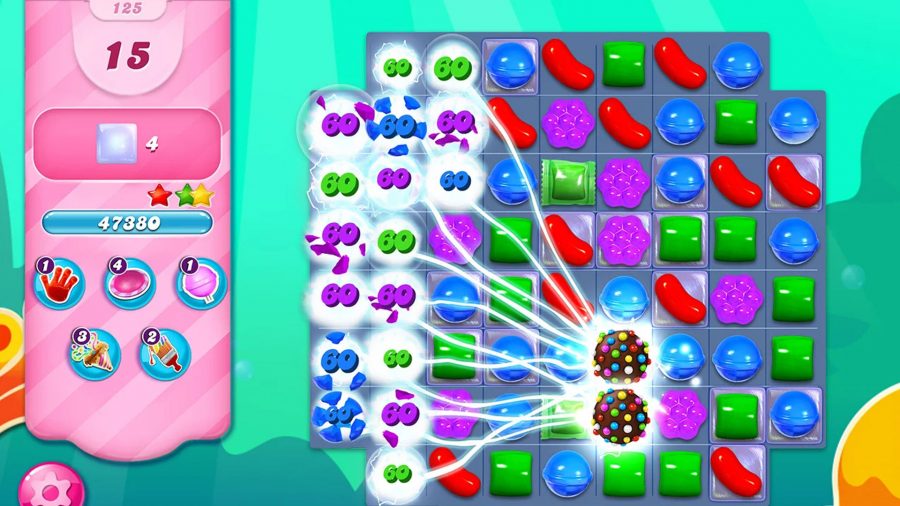 As the newest mode, Rainbow Rapids levels are currently the rarest level type in the game. You have to collect all the rainbow candies by filling up each of the moulds found on the board. Following the Rainbow Streams to Candy Cannon reveals the candy mould, though is almost always blocked by tricky blockers such as waffles and liquorice swirls. The first Rainbow Rapids stage appears at level 7,116.

Timed levels are no longer part of Candy Crush Saga as of 2018. These levels require players to reach a specific score within the given time period, but most players find these stages to be incredibly difficult and stressful. As a result of player feedback, King decided to remove this game mode entirely.

Long-time players may remember Timed levels as the only levels in the game that don’t feature a turn limit. You could break special extra time candies that awarded an extra five seconds on the clock, but these candies did not appear frequently enough for most people.

And that’s it for the games in Candy Crush. If King decides to add any new modes, we’ll be sure to update this guide. If you’re looking for a new type of game to play, why not check out our list of the best mobile strategy games? Chances are you’ll find something amazing on our list that you’ve never heard of before.