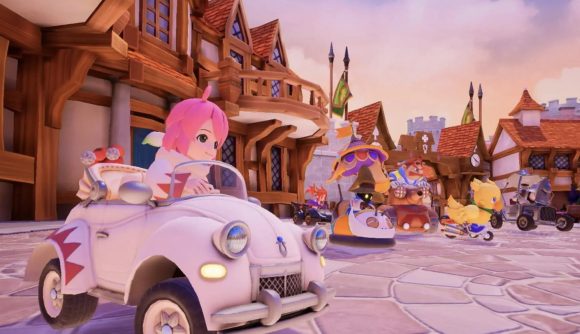 It’s a very good time to be a Final Fantasy VII fan. With rumours of the second part of the remake in full swing, a second season of The First Soldier in the making, and now the news that Cloud Strife, the omnislashing swordsman himself, will be behind the wheel as part of the Chocobo GP season pass. Oh, and we’ve got Squall too.

With the game just a couple of months away, Square Enix used the Japanese version of the February Nintendo Direct to announce Cloud and Squall for the Chocobo GP season pass. It’s not a massive surprise to see Square decide to throw two of their most popular characters into the mix. Some had questioned the strength of the line-up of racers for their new game, and with the 25th anniversary of FF7, it only seems sensible to let players kart around as Cloud.

Both Cloud and Squall have been chibi-fied for their addition to Chocobo GP, to suit the more playful visuals of Square’s kart-racer. Now, the big question is whether we’ll see Cloud’s nemesis, the ever-intimidating Sephiroth, belt-up somewhere further down the line.

While the developer is locking both characters behind a paid season pass, they’re willing to help players unlock at least one of the iconic characters in season one. Early players will receive a bonus of 800 Mythril, around the equivalent price of the first season’s pass, so you won’t have to part with your cash to get Cloud.

Cloud Strife from @FinalFantasyVII joins the race in season 1. Cloud will be a Season Pass exclusive award for you to unlock. pic.twitter.com/2NU2R1pQYr

When is the Chocobo GP release date?

Chocobo GP arrives on Switch on March 10. From what we’ve seen of the trailers, Square is looking to rival Nintendo in the kart-racer game. This plan might be made more complicated by the recent Mario Kart 8 DLC announcement, but there’s still a lot of hype with fans to drift and drive around the lanes of another massive franchise.

Be sure to check back for our review, and some guides, when Chocobo GP releases next month. Until then, why not revise your driving skills with our guide to the best Switch racing games. 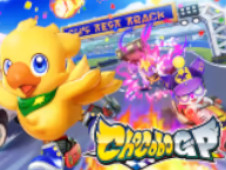