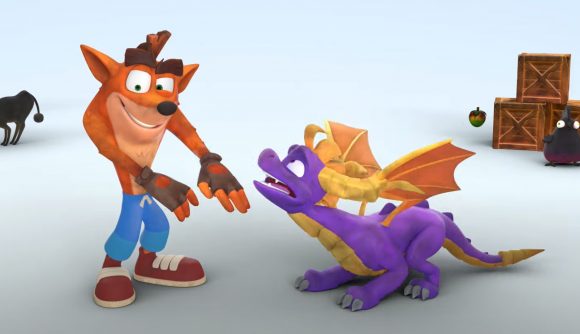 Crash Bandicoot: On the Run’s latest season, Battle of the Dragons, introduces fellow videogame icon Spyro. If you are a longtime fan of these characters, you may be aware that this isn’t the first time that Spyro has popped up in the Crash Bandicoot universe.

Of course, Spyro has not entered Crash’s world alone. Instead, he brings with him two of his most notorious enemies: Dark Spyro and Gnasty Gnorc – the latter of which is the antagonist of the original PlayStation game. The new season introduces three fresh lands for you to explore, all of which are Spyro-themed and filled with different minions to defeat as you work towards taking down powerful bosses. However, it is not just Spyro’s foes that you’ll have to deal with, as N. Gin and Koala Kong have also landed with season 3.

A 12th island, known as Upstream, is now available to explore. You may recognise the name, as it was a level in the very first Crash Bandicoot game from way back in 1996. The new area has four battle runs, two challenge runs, one collection run, and a time trial.

You can enjoy the new season from June 10, so be sure to dive back into Crash Bandicoot: On the Run to grab new skins and exclusive rewards.

We enjoyed the game for the most part. In our Crash Bandicoot: On the Run review, we found that it “provides enough to keep you coming back daily, but it’s definitely missing a few ingredients.” You can download the game now on both Android and iOS devices.

If you fancy something a little different, check out our guides for the best Android games and best iOS games – you never know what you might find!