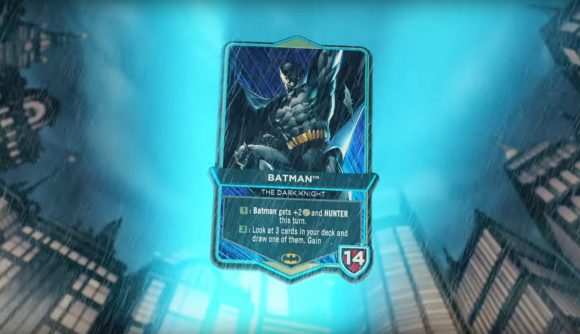 Are you one of the many DC fans out there? Yes. Okay, second question. Are you also a fan of collectable card games? If the answer is yes, well, do we have some exciting news for you, as Cryptozoic Entertainment, YUKE’S, and Warner Bros Interactive Entertainment are banding together to create DC Dual Force, a new CCG set in the dark and grisly DC universe.

The DC Dual Force release date is still some time away, but that won’t stop us from looking at what the game entails. Naturally, this title draws from more than 80 years of DC history, spanning across many franchises, including Wonder Woman, Batman, Super Man, Suicide Squad, The Flash, Aquaman, Justice League, and more. Therefore, you can expect to see plenty of heroes, including the aforementioned ones, as well as villains such as the hugely popular Harley Quinn, Joker, Cheetah, and Lex Luthor. Best of all, future updates will continue to add new superheroes and supervillains until you’re able to collect them all.

As with any CCG, the idea is that you collect cards to build your deck. The stronger your deck, the better your chances are of succeeding. However, what makes DC Dual Force unique is that you can work with superheroes or supervillains. That’s right, unlike most hero games, you’re not being forced to be the good guy. Instead, you can cause carnage and mayhem, and if we’re honest, the bad guys seem to have the most fun.

The game promises all-new single-player experiences, so don’t worry if you prefer to be a lone wolf. DC Dual Force has you covered.

“We feel incredibly privileged to have such unique access to the DC Universe,” said Cory Jones, co-founder of Cryptozoic Entertainment. “As game makers and lifelong comics fans, this is really a dream come true. We are determined to deliver the definitive card game based on comic books.”

When is the DC Dual Force release date?

While a specific release date is yet to be given, we know that DC Dual Force is due to launch in Q3 2022.

Since you’re here, why not check out our picks for the best mobile card games – it could make for good practice and keep your deck building skills fresh for when DC Dual Force releases.