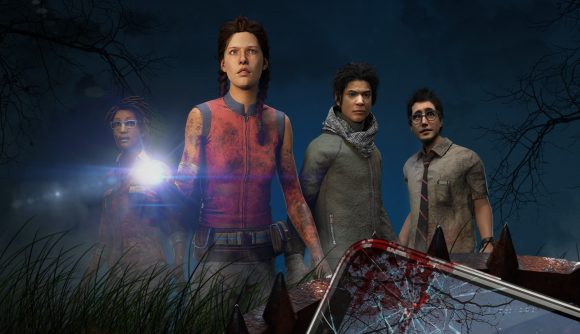 Behaviour Interactive has announced that Dead by Daylight Mobile, the port of its horror hack n’ slash survival game, has been downloaded three million times on Android and iOS. If you consider that it launched just under a month ago, this is a very impressive feat. Behaviour is celebrating this achievement by giving mobile players a new killer to use; The Cannibal. This chainsaw wielding mad-man, also known as LeatherFace, became famous for appearing in the 1974 film, Texas Chainsaw Massacre.

In Dead by Daylight Mobile he comes equipped with three perks; Knock Out, Barbecue & Chilli, and Franklin’s Demise. He’s also decked out with his iconic chainsaw, and a trusty sledgehammer – just in case you want a change of pace when murdering.

For those who don’t know, Dead by Daylight is a bit of a who’s who of iconic horror killers. You are dropped into a map with other players and have to evade a killer – controlled by another player – while completing a series of tasks in order to escape without getting murdered. It’s wonderful, albeit terrifying fun.

Behaviour made a variety of smart changes to Dead by Daylight to optimise it for mobile, including a visual cue for heartbeats, to put less focus on the game’s audio aspects.

Alongside LeatherFace, a new update introduces a revamped XP system, linking it to individual characters, and a new outfit, the Treacherous Waters Collection. All of this will drop alongside quality of life changes and bug fixes.