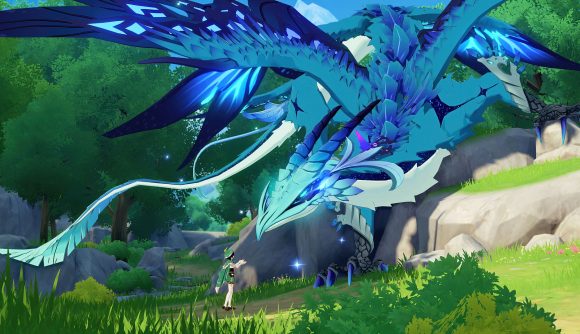 Action games continue to prove popular in the US, with the mobile genre seeing an increase of 104% in consumer spending in the first half of the year, hitting $435.7 million (£316.7 million). According to Sensor Tower, that figure makes action the fastest growing genre so far in 2021.

Overall, the fighting sub-genre is the most lucrative section of the category, generating $183.3 million, and increasing 27.7% year-over-year. Meanwhile, Genshin Impact is the top-earning mobile action game in the US – with $174 million (£126.5 million) – for the first six months of the year, with Kabam’s Marvel Contest of Champions, and Bandai Namco’s Dragon Ball Legends, following in second and third, respectively.

It’s worth noting that just because action is the fastest-growing category, by no means is it the largest mobile game genre in the US. Instead, that title belongs to the puzzle genre, with it racking up $2.6 billion (£1.9 billion) in the first six months of the year. Games that are proving successful within the puzzle genre include Homescapes, and Gardenscapes, both of which are Playrix titles

As for downloads, every genre sees a decline, likely due to the country removing lockdowns and COVID restrictions. However, the strategy genre suffers least, having just a 4.4% decrease in installs. On the other hand, the shooter genre is seemingly the least popular, with a drop of 37.8%. 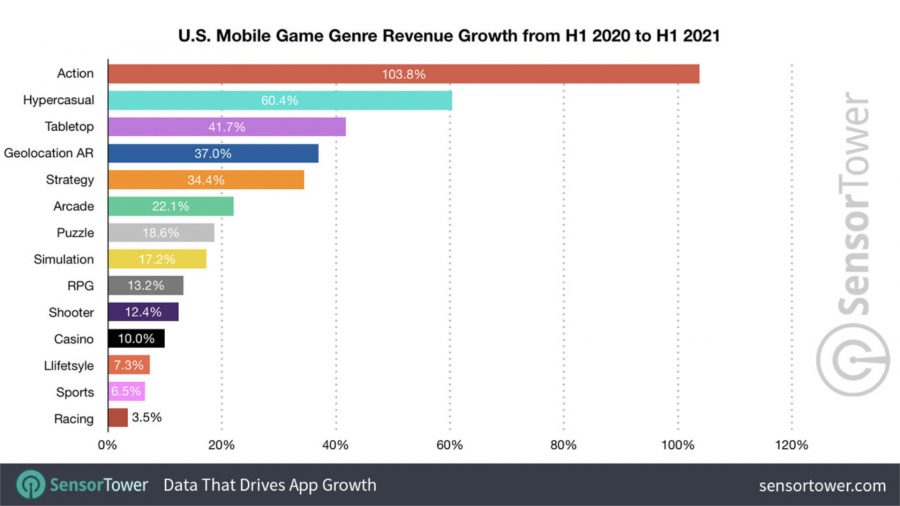 Overall, with 830.2 million installs, the hypercasual genre boasts the most downloads in the US so far this year.