It’s fair to say that Hitman is one the best, and most popular, assassination-stealth based franchises out there. The amount of creative freedom you have at your fingertips is insane. It always has been, with each entry over the years providing further opportunities to you. Opening your eyes to all-new ways of completing contracts, and rewarding you for your creativity.

So, we all know the formula works incredibly well for mainline Hitman games, but what about those on mobile, including the recently released Hitman Sniper: The Shadows? Well, one look at our Hitman Sniper: The Shadows review tells you that yes, the essence of Hitman is present. In fact, I was beyond impressed with the level of creativity available, which gives you a sense of accomplishment for using obscure methods, and adds a level of replayability.

The team behind Hitman Sniper: The Shadows clearly took inspiration from not just previous mobile entries in the franchise, but the mainline series too. So, we caught up with Hitman Sniper: the Shadows senior producer Simon Doongoor to discover what challenges the development team faced, and how they were able to preserve all the primary Hitman features, while also utilising sniper gameplay.

“This game brings back the Ultimate sniper experience and lineage that fans loved from Hitman Sniper,” Doongoor explains. Due to the previous games, the Hitman Sniper: The Shadows team had a great advantage, as they “had the luxury of leveraging the Hitman Universe, our partners at IO for feedback, and, of course, the original Hitman Sniper.” 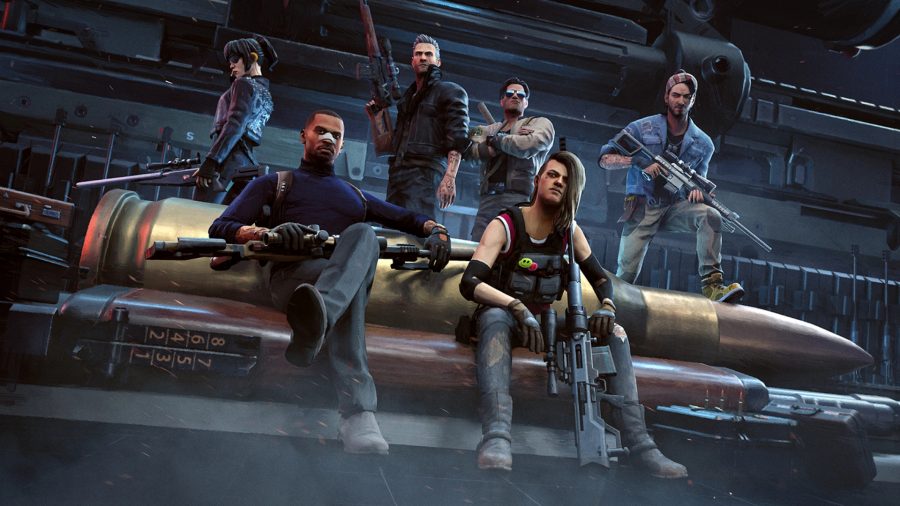 When playing the game, it’s clear to see the influence from previous games, and it’s even more clear that the game was made with the fundamentals in mind. However, there’s a certain obstacle to overcome, as the developers explored new territory, and that’s the free-to-play model. As you may be aware, Hitman is not traditionally free-to-play, nor are the mobile entries. Until now, that is. Therefore, it’s one of several challenges that the development team had to navigate.

“A new challenge was the shift to free-to-play. It influenced many of the decisions we made in the storyline and characters,” Doongoor explains. “The change also introduced new challenges that we had to tackle as a studio by developing new teams and infrastructure. Ultimately, we feel it made the experience deeper and more meaningful for players.”

Speaking of characters, it’s fair to say that Agent 47 is an icon. Even if you’ve never played a Hitman game, you’ll likely recognise the bald assassin. However, the legendary contract killer isn’t present in Hitman Sniper: The Shadows. Instead, the team at Square Enix Montreal had an opportunity, one that allowed them to flex their creative muscles by bringing new agents to the table. However, they still give you a sense of “familiarity” in the form of Knight and Stone. 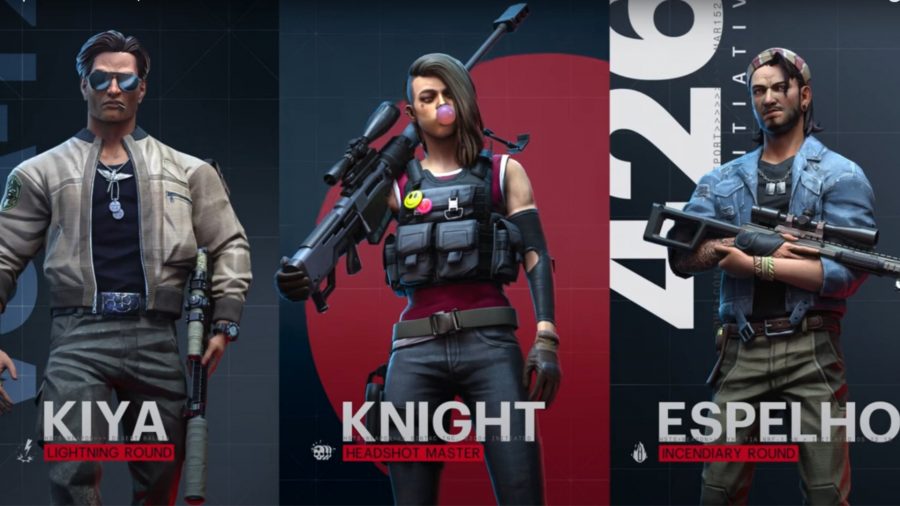 Hitman Sniper: The Shadows features a roster of agents that boast different specialities, which is crucial to the vision that the developers had, as Doongoor discusses. “We wanted to develop different approaches to contracts and abilities – there is a different play style which is where the fun part comes in, so that you can play in different ways.”

Creativity is fundamental to the Hitman experience. You should feel spoiled for choice in how you can close the contract. Something as simple as a wine bottle in mainline games can make a difference – you can lace it with poison, a sly and clean method of execution. Of course, being a sniper means being at range, a considerable distance away, meaning such methods aren’t available. Therefore, we just had to know how the team overcame this to afford you various options. Some of which you wouldn’t even think of.

“HSTS brings an improved and more accessible version of its iconic creative killing. Creative killing is utilising the environment, in uncommon ways, to your advantage to eliminate your targets by leaving no trace (body disposals) or giving the illusion of an accident (accidental kills), all to maintain stealth (aka silent assassin),” Doongoor explains. 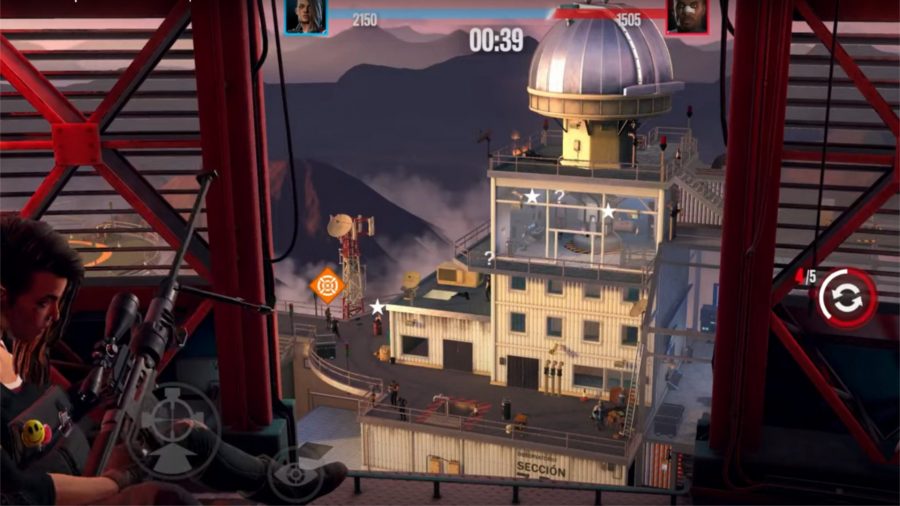 He also goes into detail about your surroundings, detailing how “it’s also about leveraging the environment to complete the contact as part of your strategy. We’ve simplified the mechanics without compromising the depth in conjunction with player feedback, making it more accessible to our audience while adding more creative opportunities for a more fun experience.”

When it comes to his favourite part of producing Hitman Sniper: The Shadows, Doongoor not only enjoyed working with other Hitman fans (both on the team, and the players themselves), but “it was witnessing the collaboration between design and art to create these sandbox levels; especially with unexpected moments arising when art brings new creative kill opportunities to the level after an artistic pass.

However, more than that, for Doongoor, “it’s important that each sandbox level lend itself to player abilities. It’s about the story, the planning. I’m really proud of what we were able to achieve, and the creativity that came into the environment, even for a mobile experience – it’s very rich. Players will get to see a lot of ‘wow’ moments.

So, if, like us, you’re fans of Hitman, you might wonder what’s next for the franchise on mobile. Sure, HSTS just saw release, but with how well the game plays, the fantastic level design, and creative opportunities, it’s only natural to already be eager for what’s next. 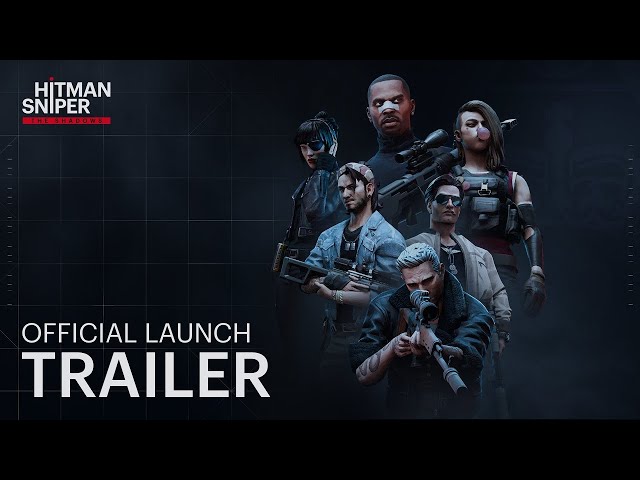 Well, according to Doongoor, “this launch is just the beginning. We’re excited to give the sniper category new energy with a high-quality mobile experience. We’ve been able to develop one of the most visually stunning experiences released to date on mobile, and we’ve got a lot more planned.”

Furthermore, the team is keen to give fans the game they deserve, the Hitman experience they want. Therefore, they’ll “continue iterating on the game based on feedback from fans, we’ll have more maps, more PvP experience, but for now, we’re excited that everyone can experience the new game.”

If you want to give Hitman Sniper: The Shadows a try (and we highly suggest you do), you can download the game through Google Play and the App Store. It’s full of rich levels, each contract offering you a range of approaches, so much so that you just might return to them to see how else you can complete your mission.