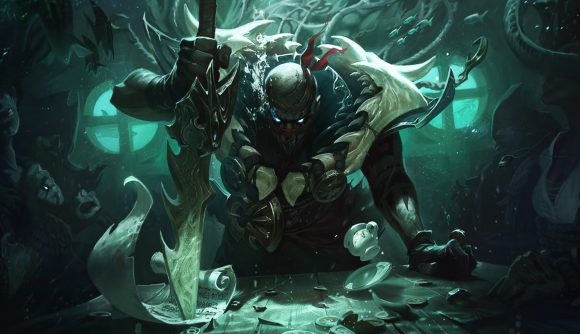 It’s discussion time again in the world of League of Legends: Wild Rift, and on today’s agenda, it’s all about Wild Rift’s broken champions, or rather that some players are a bit fed up with each new character instantly being ‘broken’ to some players, when in reality, that might not actually be the case.

Reddit user Cantfindanamegoddamn (we feel your pain, pal) took to the platform to express annoyance as each time a new face appears in-game, the Wild Rift broken champion debate reignites, as some players seem to think that each new character is OP and simply wrecks the competition. Admittedly, this can be true on occasion, but an important thing to note, as with any game, is that the skill level of a player determines whether they kick butt or not.

The example that Cantfindanamegoddamn uses is Wild Rift’s Pyke, a champion that’s new to the game – “If he is played well, he is strong, just like any other Champ. If not, and the Player, for example, misses his ult, Pyke is like a bigger minion,” Cantfindanamegoddamn explains.

A sentiment that fellow Reddit user LandOfGAG shares, as they explain that Pyke “is very squishy, especially late game, which balances him out. His really long hook, I would say, is the most annoying, but not broken.” Let’s face it, the majority of Wild Rift champions have at least one thing about them that gives them a serious advantage, in the right hands, at least.

Who are the Wild Rift Broken champions?

If you ask some players, they certainly think that Pyke is due a nerf, while others believe Asol could stand to be taken down a peg. In our humble opinion, we think that Riot has done a pretty good job when it comes to balancing the champions recently, but hey, you can’t please them all, and some players are bound to consider some characters OP, while others don’t.

Should you be after a break from the mobile MOBA, you can check out our picks for the best iPhone games and best Android games for a variety of titles.