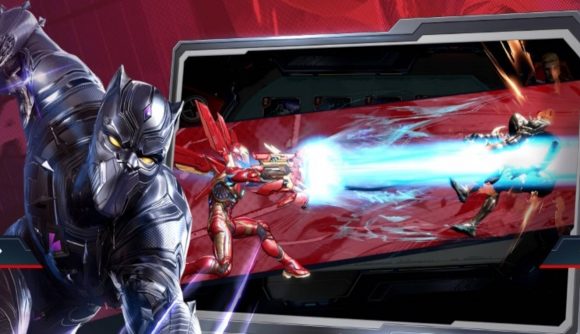 July 31, 2020 Marvel Duel is out now in Thailand, Indonesia, The Philippines, and Malaysia

Netease has announced that its newest card battler, Marvel Duel, has launched in select regions. But it also revealed that Marvel Duel isn’t actually a card battler at all. Strictly speaking, the developer is classifying Duel as auto chess, which is pretty exciting in its own right. For those that don’t know, auto chess is a genre where opponents face off against each other on a grid – like what that ‘chess’ game does. But Duel is still also a card battler, so we may see more of a genre combo, as with Hearthstone Battlegrounds.

The launch is limited to certain regions, including Thailand, Indonesia, The Philippines, and Malaysia. Any superhero fans in the west have to wait a little longer to get their hands on the game’s 150+ heroes. That’s right, 150… it’s a fair amount, and surely sees many fan favourite characters from the setting fleshed out.

Judging from the game description and screenshots, which show a distinctly Hearthstone-looking game board, we’re pretty excited to see how this combo of card battler and auto chess might manifest.

You can watch the brand new trailer for Marvel Duel below if you want to see what the game is like:

Though there are over 150 characters to utilise in Marvel Duel, we spotted in a screen that the overall count is 183 – could these extra cards be items? Or maybe a spell equivalent? Multiplayer has also yet to be confirmed, but it’s inevitable for a game like this to allow you to face off against human opponents.

Stay tuned for more details about Marvel Duel coming to the west! If you want to find out more details – or are a lucky inhabitant of said game-able regions – you can find Marvel Duel on Google Play and the App Store.