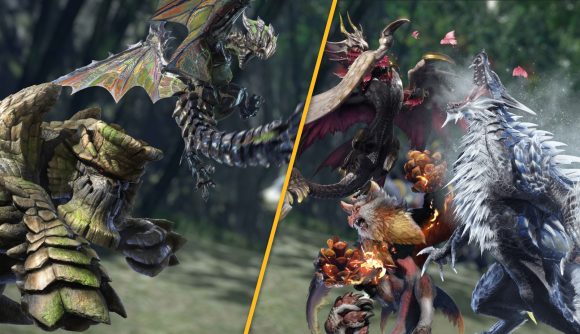 Monster Hunter Rise: Sunbreak is right around the corner, so Capcom hosted another digital event to showcase even more of the expansion. The stream showed off new monsters, as well as extra gameplay details. If you missed it live, you can watch it on the Monster Hunter Twitch channel.

The event came less than two months after the last Monster Hunter Rise: Sunbreak event, which showed off a new trailer, as well as The Citadel, a new area for players to explore. Of course, there were also the new monsters Garangolm, Lunagaron, Astalos, and a Blood Orange Bishaten variation.

Unlike most other pieces of DLC, Monster Hunter DLC is usually almost a whole game’s worth of extra content. Sunbreak looks to continue this trend, and I suspect we’ve only seen the tip of the iceberg. If your love of MH is unending, check out our Monster Hunter Rise amiibo guide to get your shelf full of pretty plastic.

In case you missed it, catch up on all the latest details by watching the Monster Hunter Rise: Sunbreak digital event from May 10, 2022, below. 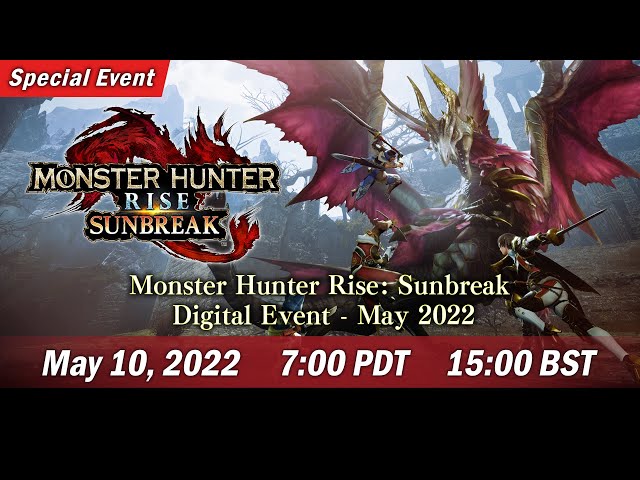 New monsters revealed include the return of Seregios, the flagship monster from Monster Hunter 4 Ultimate. Seregios introduced the bleed mechanic, and it sheds sharp scales – called bleed scales – which inflict a unique effect.

Next is Aurora Somnacanth, a sub-species of a monster introduced in Rise that attacks with ice. It releases cold air to freeze things and slides around on the ice to attack hunters.

Finally is Magma Almudron, a fire-focused sub-species of the mud-slinging monster. This version glows with a red hue when it reaches a special heated state, and flings magma instead of mud to burn its foes.

New gameplay mechanics were also introduced, with the main draw being the new switch skills swap function. Quickly choose between two preselected load-outs, and combine your silkbind attacks to synergise their effects. Monsters will have new and improved attack patterns, so you’ll need all the help you can get.

The last gameplay element introduced was the new follower quests, single-player only missions where NPC characters from Kamura and the new Elgado Outpost can join you on your hunt. These characters have their own skills and can attack alongside you, heal players, set traps, and even ride monsters to assist in the hunt. 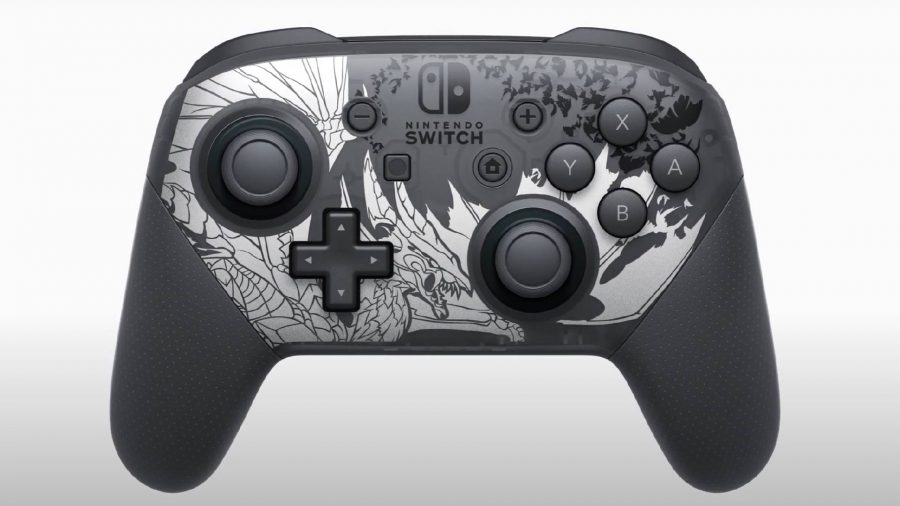 Outside of gameplay changes, alongside the previously revealed amiibo, Capcom announced a new Nintendo Switch Pro Controller that features a detailed design based on Monster Hunter Rise: Sunbreak’s flagship monster, Malzeno. The vampiric wyvern adorns the front of the pro controller in silver, while smaller bat-like monsters are visible on the other side. It’s a gorgeous piece of kit, and we’ll let you know as soon as we see where to order it.