Ever since the days of Parappa the Rapper back on the original PlayStation and dance mats in arcades, I’ve absolutely loved great music games. Thankfully so do many developers, who are carrying the torch to deliver some exciting games with incredible soundtracks on modern devices.

So, what are the best music games for Switch and mobile? Well, there are a lot of fun tools for music creation here, as well as some rhythm games, or games that just work alongside a stellar soundtrack. Not every title needs to be a rhythm game to be a good music game, and sometimes it’s about just getting lost in the music of the world. With some great indie picks as well as bigger releases, this is a great selection of titles.

If you’re a big music game fan, then make sure you also check out our guide to the best Switch rhythm games for some similar picks. Are we missing your favourite music game on this list? Let us know and we’ll do our best to update this list in the future.

Here is our guide to the best music games on Switch and mobile.

The best music games on Switch and mobile 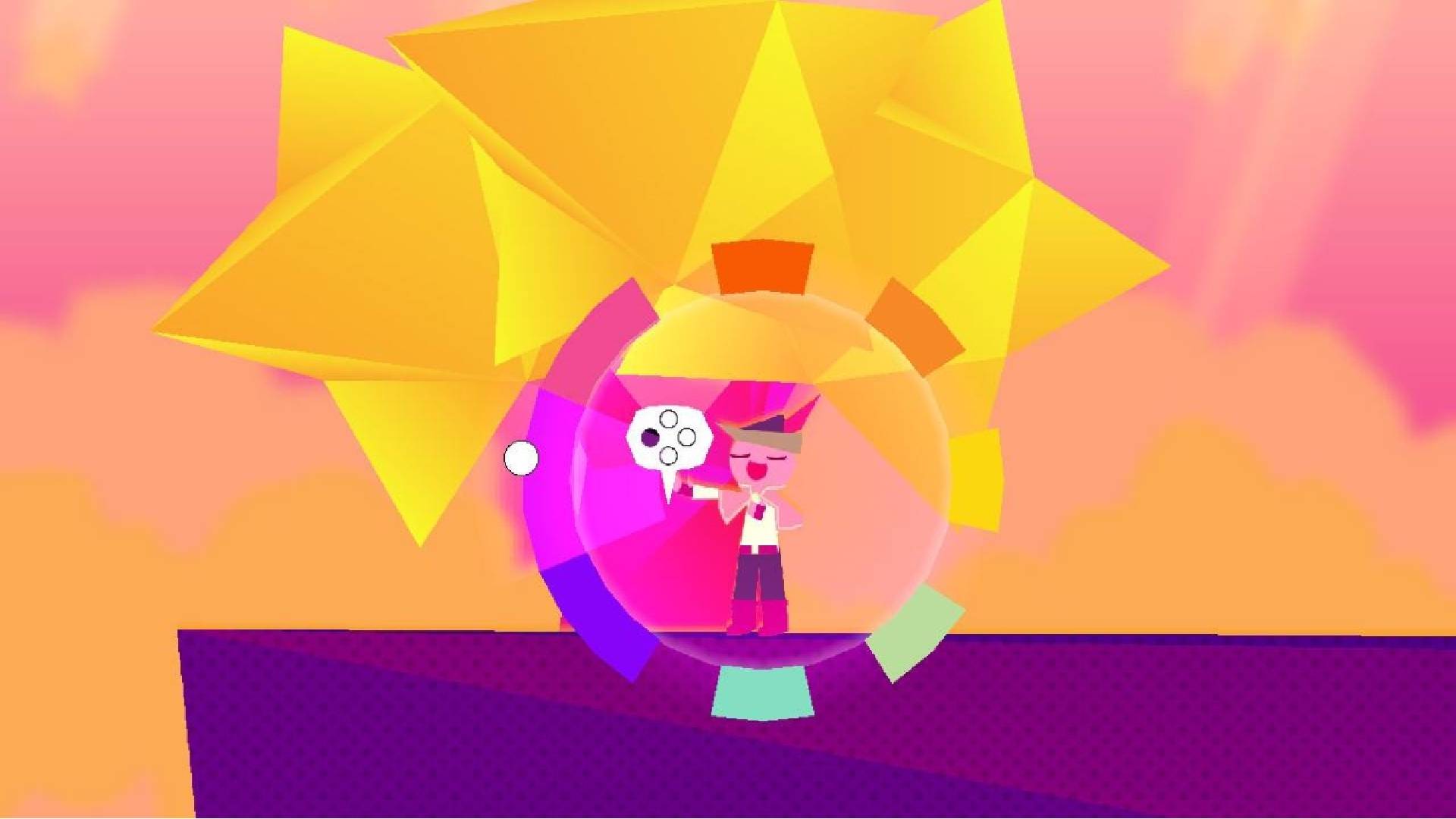 A whimsical, musical, puzzle adventure game. Wandersong is a music-themed game starring The Bard, where you go on an exciting quest to gather the many pieces of a sign that could save the world from destruction. It’s an endearing and earnest game that wears its heart on its sleeve. It also has fun musical puzzle elements where you control the song that The Bard sings, using it to solve many tricky situations. A great game for younger players and anyone with a song in their heart. 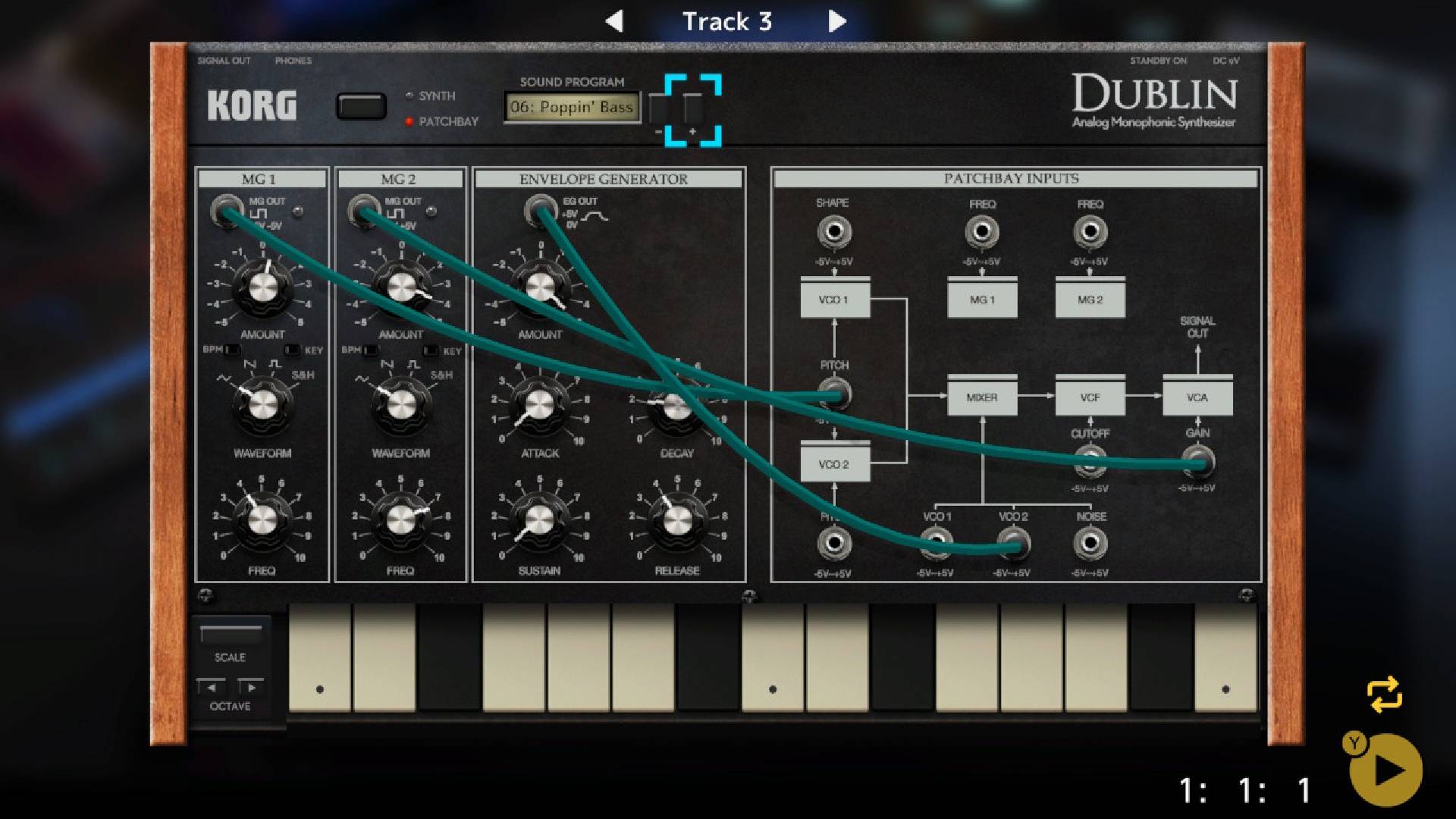 Are you a synthesiser nut, and love the idea of fiddling with knobs and adjusting wavelengths? Well, legendary manufacturer Korg has made software specifically for the Nintendo Switch that emulates some of its most iconic sounds. Playing around with synths on the touch screen is very intuitive, and you can sequence and compose songs all within the app. It’s a little bit limited compared to a real synth so you won’t find any MIDI functionality, but it’s still a great toy for the synth nerds out there (it’s me, I love you Korg). 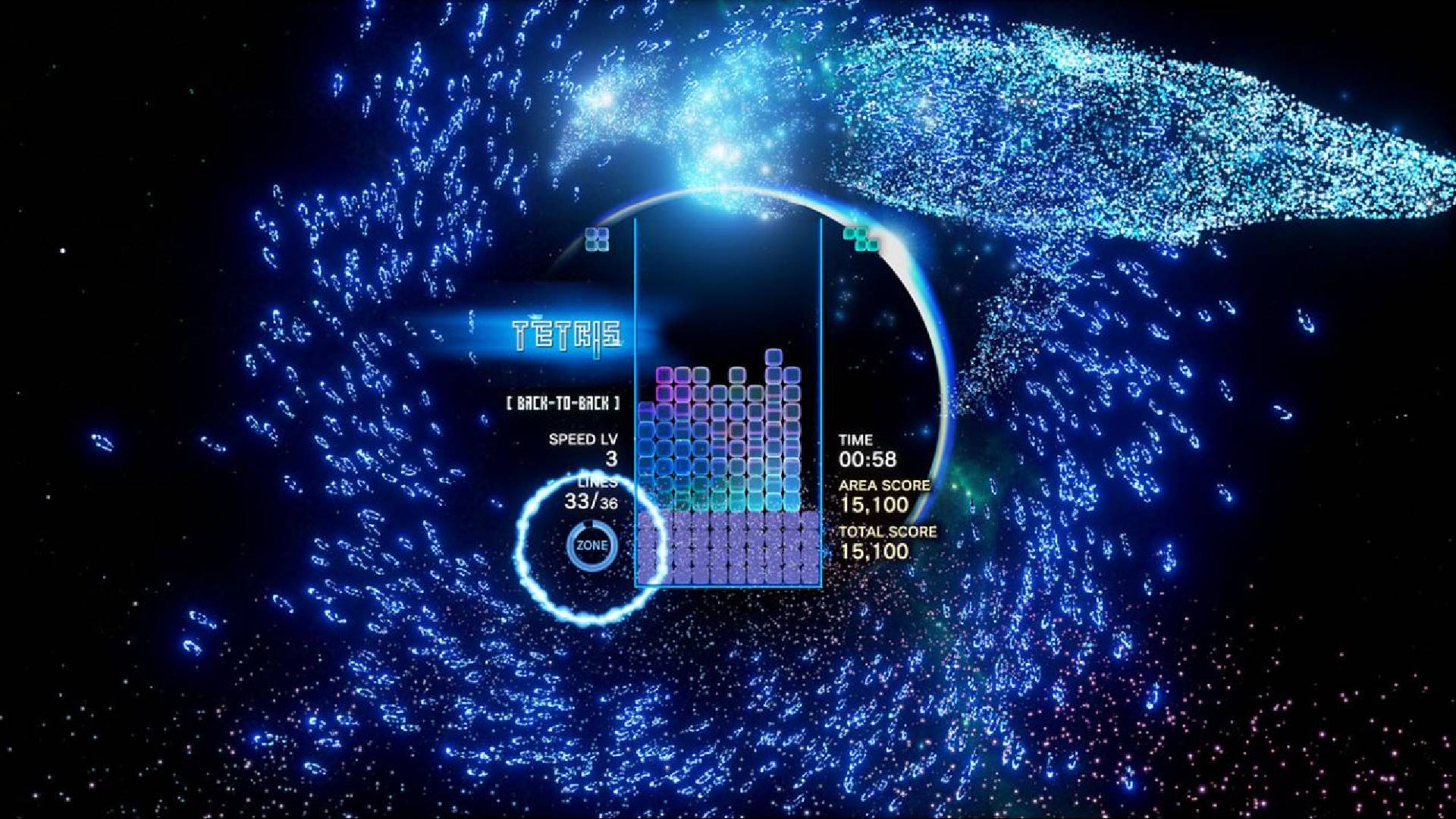 Every time you think you could be sick of Tetris, it turns out the formula is so perfect that even a slight shake-up is enough to bring you back in. Tetris Effect: Connected is a classic Tetris game at its core, but it’s all about the presentation. Each level features interactive music and visuals, that react when you clear lines.

The matching of gameplay to the soundtrack is borderline euphoric, especially on the later levels where things get truly tricky. There are relaxing chill-out modes if you just want to unwind, and a few interesting multiplayer modes for local and online multiplayer. If you’ve ever played Tetris just to relax, this is the perfect game for you. Check out our full Tetris Effect: Connected review for more. 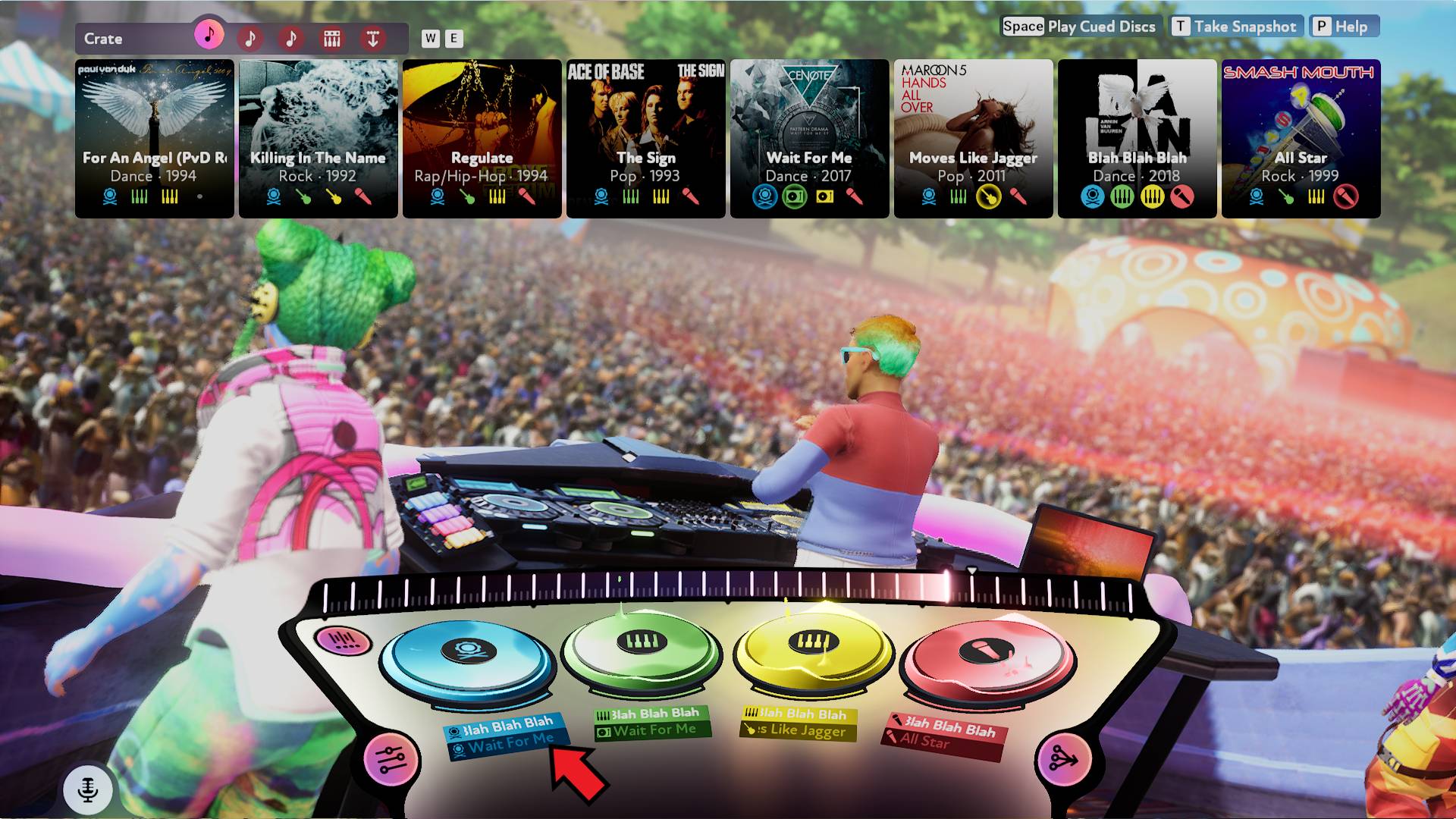 We might not have DJ Hero anymore, but Fuser is the next best thing. With a library jam-packed full of great licensed tracks that everyone will recognise, Fuser is part DJ game and part festival simulator, as you see how the crowd reacts to your mixes, while trying to rise up the ranks to become a superstar DJ.

The actual matching is great, as songs are broken up into four different stems, so you can play the drums from one track into the vocals of another, and mix everything in between. It’s a great toy if nothing else, but luckily, the game around the core concept is pretty great as well. 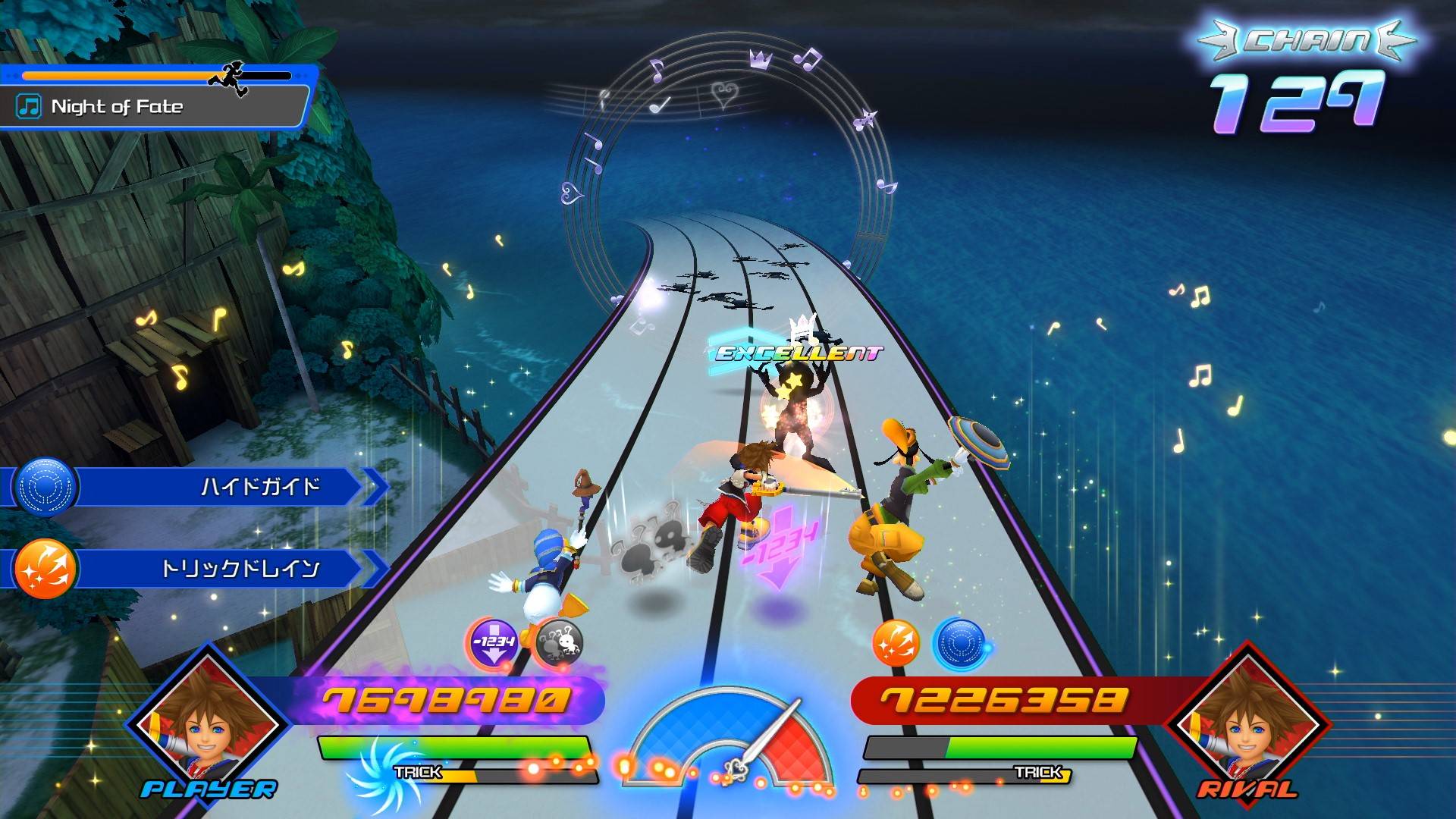 A little bit more niche, but I’ve been assured that this is a great entry if you’re a fan of the world’s most confusing video game series. Kingdom Hearts: Melody of Memory is a rhythm game where players control Sora, Goofy, and Donald along a track and must attack and react in time with the music. 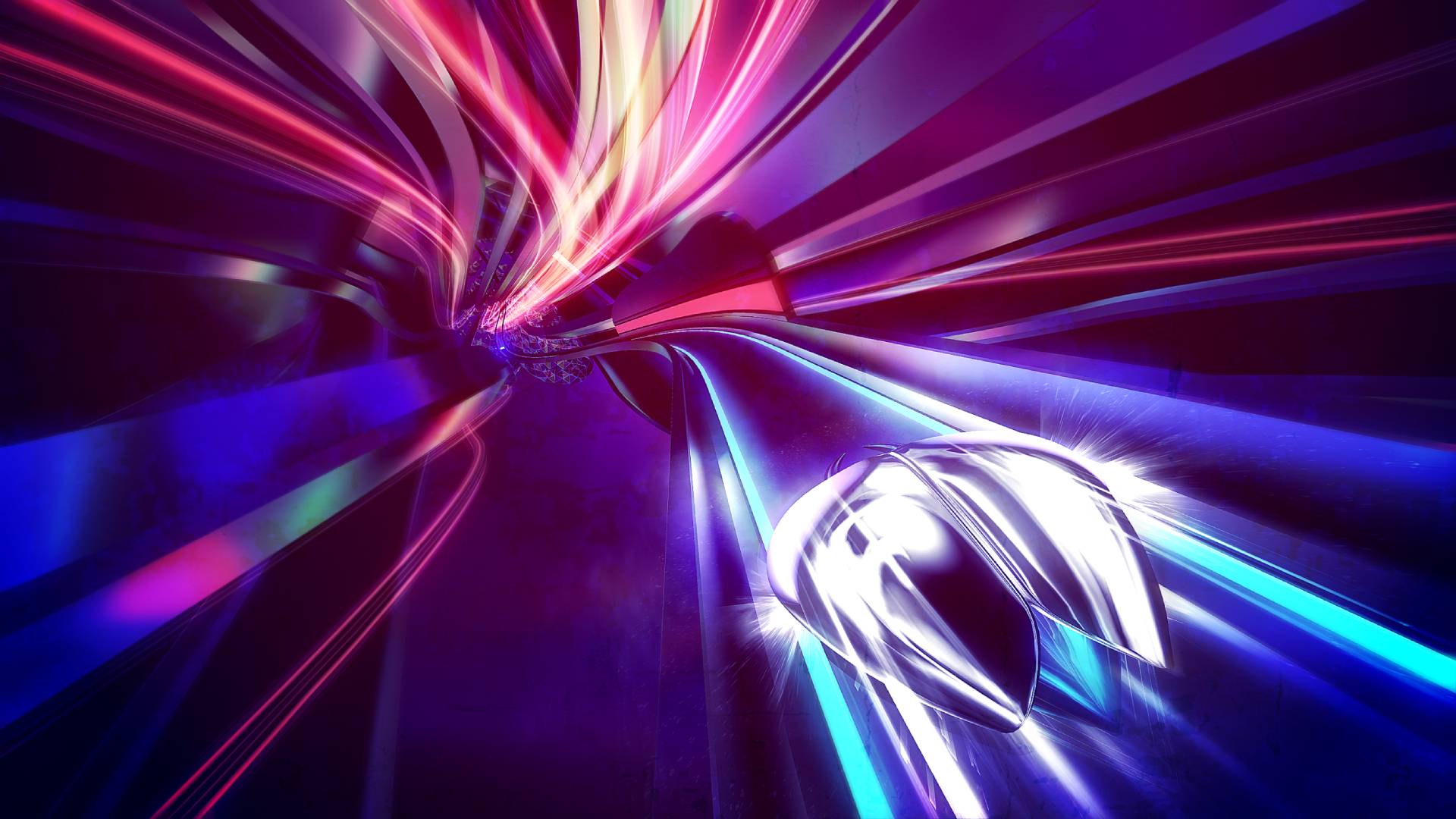 An intense action rhythm game with a pumping soundtrack, succinctly, Thumper absolutely slaps. It’s an on-rails rhythm game where players must react to obstacles on the track with lightning speed, and things gradually get more intense and complicated. The trippy visuals add a sense of foreboding, adding some extra punch to the already energetic score. It gets seriously tricky as things go on, and luckily you can play this title on just about any platform you can imagine. 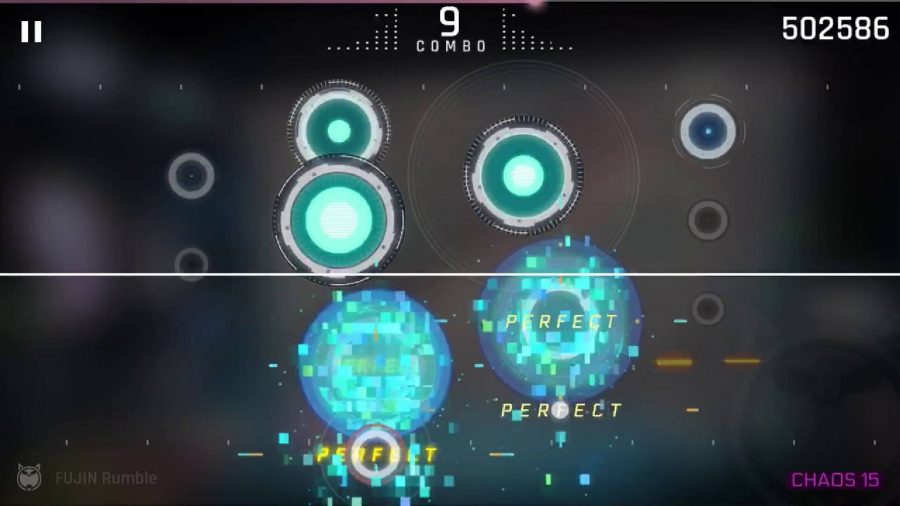 From Rayark Games, the creator of DEEMO, VOEZ, and the original Cytus comes the exciting sequel. Using a unique gameplay element called the ‘active judgement line’ Cytus II is a demanding music game that features a huge library of great tracks from across the world. There are over 800 different charts to play through in fact, so you can get your rhythm fix for dozens of hours.