Ahead of the early access release of My Time at Sandrock on Steam, we got the opportunity to spend a few sunny afternoons in Pathea’s new desert location. Following the mixed reception to the first game in the series, My Time at Portia, Sandrock delivers a lot of the same again, but with a little bit more attention to detail, and a good bit more shine.

The first thing that will catch your eye, and keep it for a good while, is the picturesque world design of Sandrock. The densely packed town area is a Ghibli-esque celebration of colour and architecture, while the sparse and sprawling desert where you collect your craftables serves as a refreshing yin to the town’s yang.  Still, the beauty of the game world isn’t too much of a surprise, as while Portia was dug out for its technical issues, there was always a lot of praise for the aesthetic of Pathea’s architectural and geographical design.

The characters, in comparison to the scenic Sandrock, are a mixed bag, but they get better as time goes on. Mi-an, a companion in the same vein as Pokemon Ruby & Sapphire’s May, is the exposition machine from which you learn about why you’ve ended up in Sandrock, and what it is you’ll be doing there. She does, however, have a touch of the uncanny valley about her, as does retiring builder Mason.

Fortunately, with the exception of Mason and Mi-an, the rest of the roster of Sandrock’s townspeople are quite an interesting bunch, both in terms of character and design, especially when it comes to Sandrock’s officials, the NPCs you spend the most time with. Provided that a fine team of voice actors are brought in to bring the witty dialogue to life, I don’t doubt that on release, the townsfolk of Sandrock will add to the quaint charm of the second game in the My Time series. 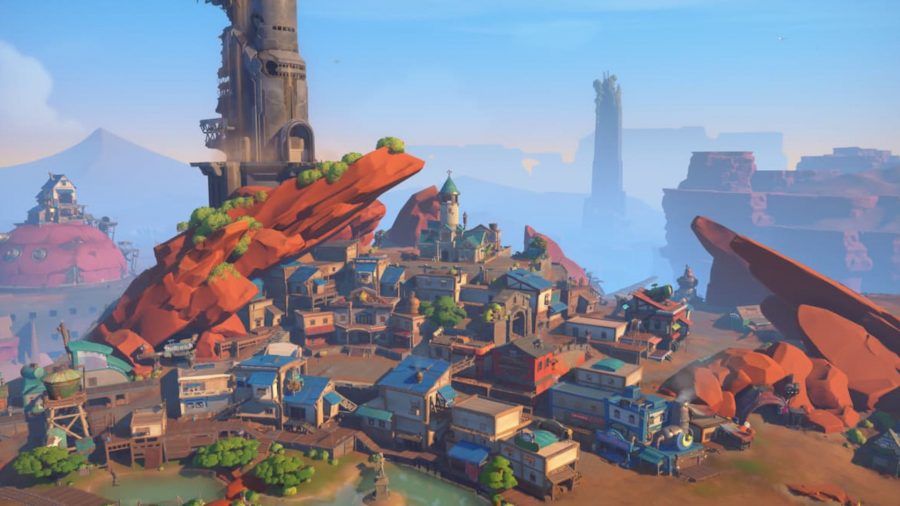 In terms of gameplay, My Time at Sandrock has the fundamentals down, but with so much stuffed into one package, some of the mechanics can be a little hit or miss. The collecting and crafting loop is interesting, and it seems like there’s a good bit of opportunity for Animal Crossing style customisation of your workshop. Unfortunately, it does also look like a lot of the crafting you’re expected to do is in the form of fetch quests, which can get a bit stale over time, so I’m hoping for a little more mission variation in the final game.

We only spent a little time in Sandrock, but it wasn’t a bad time at all

My two gripes with My Time at Sandrock aren’t massive, but they do affect the overall experience. For starters, the narrative is a little tacked-on, with Sandrock’s dwindling tourism the reason for your arrival, and you and Mi-an aiming to restore the town to its former glory. While this is a good enough reason for heading out to the desert town, I’ve restored so many towns and villages to their former glory in my video game career, that if I’d been handed a key for each I’d have the world’s heaviest keychain. 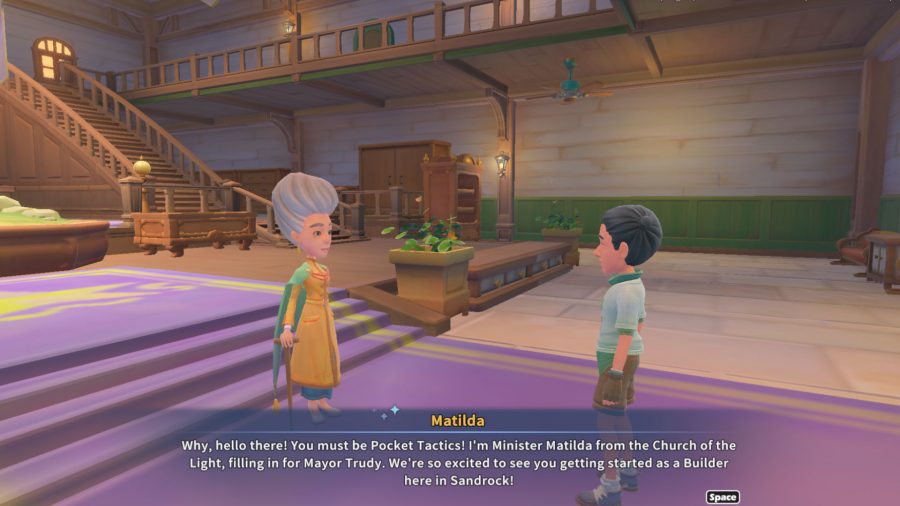 My second complaint, and this one is more of a complaint than a bug-bear, is that the combat just feels a bit out of place. This isn’t helped by the fact that the combat tutorial is as out of the blue as desert monsoon, but the execution isn’t much better either. I imagine Pathea will improve this in time, but I’m not sure that combat is necessary for this game, and in my opinion, the time spent improving and adjusting the battle mechanics might be better spent adding some quest variety

Admittedly, I do think that My Time at Sandrock might suit younger audiences more than it does adult players. In fact, there are more than a few similarities between Pathea’s title and some of the more popular Roblox titles, especially in terms of controls, an emphasis on fetch quests, and kid-friendly characters. That isn’t to say it’s a children’s game in the same sense as a My Little Pony or Paw Patrol title, but it just feels as if the overall package of vibrant colours, accessible controls, and an absence of any real danger gears Sandrock towards younger players. 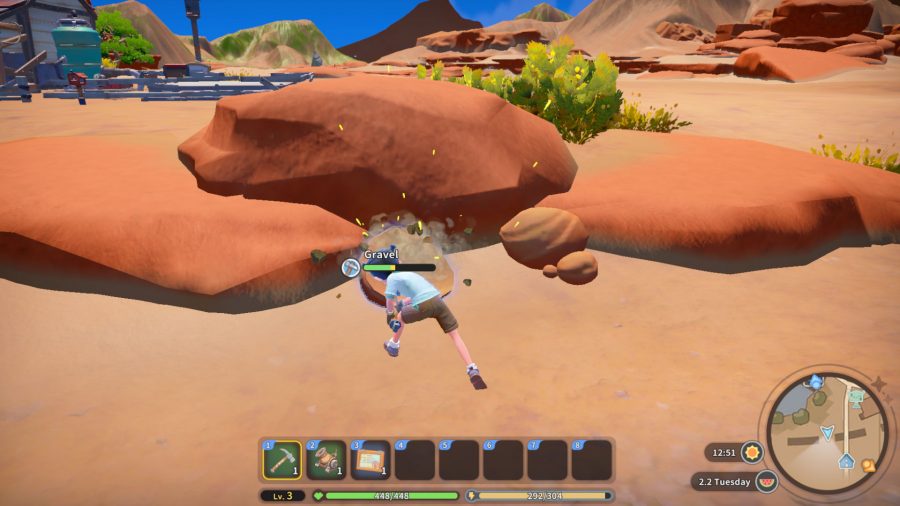 All in all, My Time in Sandrock looks to be an improvement on the My Time formula, though there are still some lingering issues with quantity over quality in terms of mechanics and narrative design. Fortunately, this is counter-balanced by a genuinely charming collection of townspeople, accessible crafting and collecting mechanics, and a game world that could genuinely challenge some triple-A titles for design and delivery. We only spent a little time in Sandrock, but it wasn’t a bad time at all.