Basketball games are churned out every year, and to be honest, it’s not very often that you see a fundamental difference that warrants the purchase of the brand new game. At least, that’s what I found. Though I’m not too fussed about having a roster that’s totally up to date, I’m just going to mess with the system anyway.

However, this year, the hugely popular NBA2K series is on Apple Arcade, with the latest release NBA 2K22 having an Arcade Edition, exclusive only to the iOS service. So, how does it hold up, and does it offer the quintessential basketball experience provided by its PC and console counterparts? In short, yes, it does.

I don’t know about you, but I play NBA games because I enjoy the sport, and rather than watching on TV, or you know, actually doing physical activity, I like to fire up a match and say I’m playing basketball. Fortunately, the Arcade Edition provides me with that, and I can shoot some three-pointers when on the move.

Of course, the game features all of your favourite NBA teams, such as the Los Angeles Lakers, Chicago Bulls, New York Knicks, and Boston Celtics. In terms of game modes, it offers the standard exhibition matches and a career mode, the latter of which is synonymous with 2K titles at this point, but it’s still good to see it make the cut on the Apple Arcade version of the title. 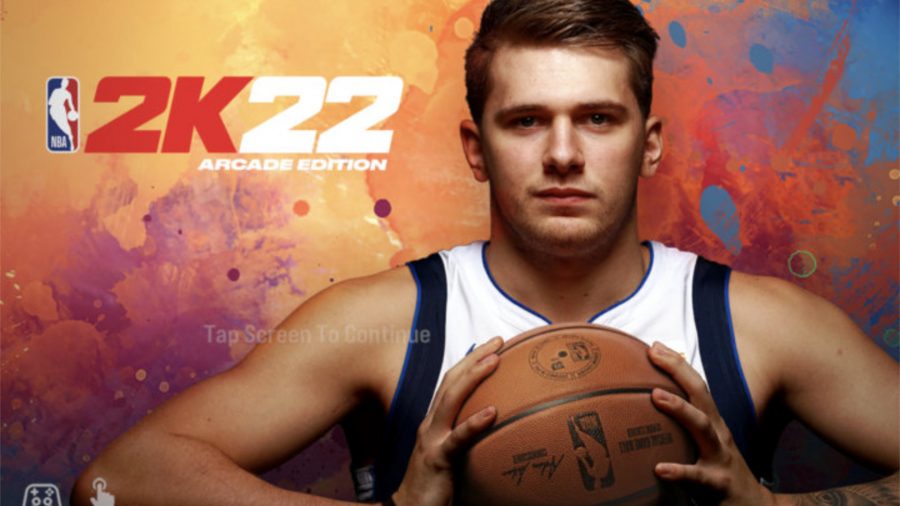 NBA 2K22 caters to players of all skill sets, offering two different touch controller layouts. One is designed for the casual player, while the other is for those familiar with NBA2K titles, giving you extra buttons that allow you to perform different passes and pick sets. Whichever you choose, you’re then given a touch analogue stick on the left-hand of the screen to move around, which makes movement incredibly easy – I felt like Roadrunner on the court.

Matches run incredibly smoothly, with the controls feeling natural. Not once did I feel the flow of the game stumble. It feels as natural as it does when playing on console. When it comes to graphics, the Apple Arcade game can hold its own against the console and PC versions of NBA 2K22. It runs well and offers an aesthetic that’s easy on the eye and helps you to feel as though you’re really there in the action.

All in all, I’d say this edition is more than worth playing for any basketball fan. Heck, even if you’re unfamiliar with basketball games but happen to be an Apple Arcade subscriber, I suggest diving in. You have nothing to lose, yet you might find NBA 2K22 Arcade Edition to be an enjoyable experience.

This mobile gem offers all basketball fans the optimal NBA experience. It looks just as good as any console version, and plays so smoothly, that scoring three-pointers has never felt so satisfying.