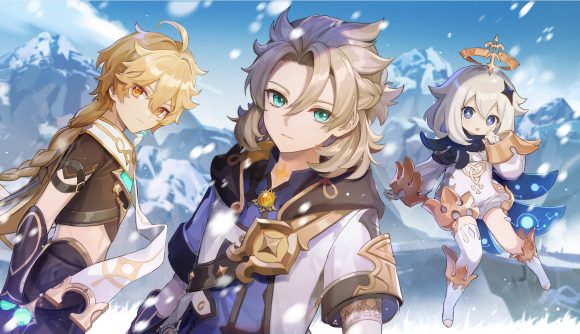 There’s no denying the popularity of role-playing games. Everywhere you look, there they are, and that’s especially true on mobile. The market is dominated by RPGs and the various sub-genres that fall under the category. However, it might interest you to know how these titles vary in different markets, and how that affects the success they see.

According to a Newzoo and Pangle report, in 2020, role-playing games accounted for 22.1% of all mobile games revenue, making it the largest genre that year. Of course, the category has been a popular choice since its inception way back in the 1970s, when tabletop games such as Dungeon and Dragons introduced a wider audience to the concept. Since then, RPGs have secured a commonplace in the video games market, and have become especially popular on mobile platforms.

So, which games do we have to thank for pioneering the success of role-playing games on small devices? Well, there’s a fair few, with new ones adding to the genre’s success year-on-year, each one introducing something different, meaning the category is forever developing to offer you more enticing content. However, if we had to name specific games, Sony’s Fate/Grand Order, Marvel Strike Force, and cross-platform behemoth Genshin Impact are game-changers. In fact, we’ve taken a look at how Genshin Impact has changed the landscape for mobile RPGs.

However, it might surprise you to learn (or not) that Eastern Asia is responsible for an overwhelming amount of RPG mobile revenue, being responsible for 72% of worldwide revenues for the genre. 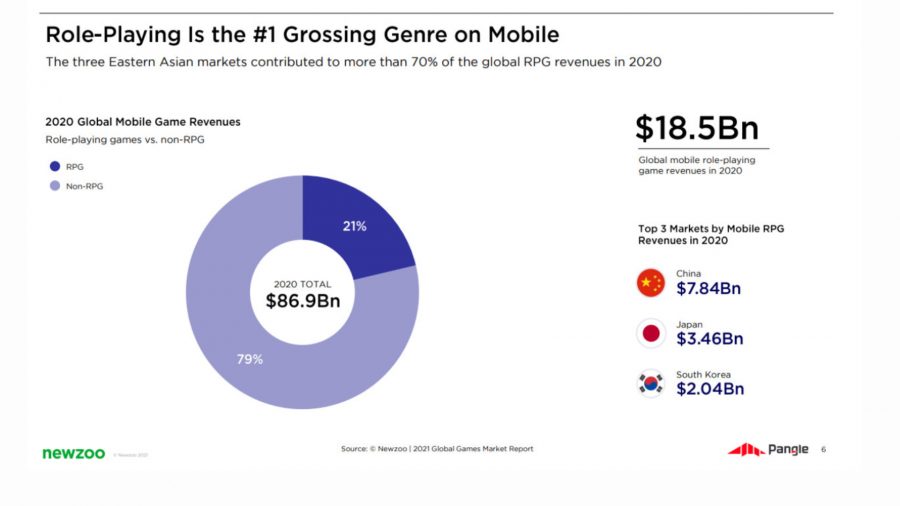 If you want the specifics, the three main markets for mobile RPGs in 2020 are China, Japan, and South Korea, with these countries being responsible for $7.84bn, $3.56bn, and $2.04bn, respectively. To put things in perspective, that’s $13.44bn of the $18.5bn generated on mobile RPGs that year. The reason for this is simple, and that’s because role-playing titles have a greater influence on the Eastern side of the world.

Let’s take a look at South Korea and Japan. For example, consumers in these regions are more likely to play a variety of role-playing sub-genres, such as narrative, action RPG, puzzle RPG, tactical RPG, collection RPG, MMORPG, and more. However, those in the UK and the US tend to lean towards three primary sub-genres, collection RPG, geo AR, and puzzle. Though, this isn’t to say that other RPG types don’t find their way onto Western devices.

Either way, there’s no denying the success of the genre, but why do so many of you enjoy them? Well, research suggests that the following reasons are the most common:

Other reasons include teamwork, competitiveness, completing objectives, creativity and customisation, levelling up, and more. Furthermore, it’s found that male gamers tend to enjoy the genre more. Though make no mistake, females play them too, and that’s especially true for the staff at Pocket Tactics. 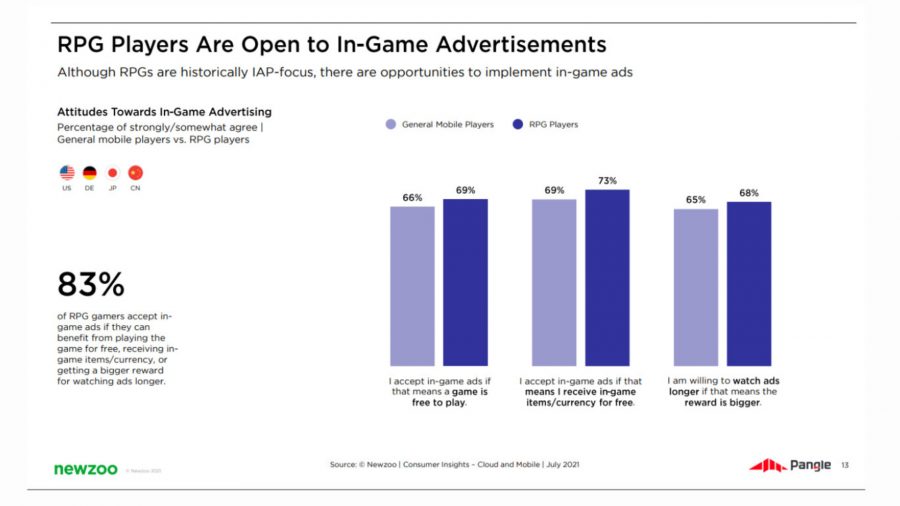 Okay, so we understand why the genre appeals to gamers, but what draws developers in, and how do they make money from RPGs? The answer won’t surprise those of you that enjoy mobile RPGs, given you see this monetisation practice every day, and that’s in-app purchases, which ties in nicely with the gacha mechanics that titles like Genshin Impact implement.

However, other monetisation methods are becoming more common, especially since research finds that 83% of RPG players are willing to sit through ads, especially if that means they can play the game for free and reap the rewards while they’re at it. Over time, developers are likely to embrace a hybrid method that offers various monetisation channels.

If you’re looking for a good role-playing game to play, we have a list of the best mobile RPGs that’s bound to have something you’ll enjoy. Alternatively, if you’d prefer to try something different, our picks for the best iPhone games and best Android games come from various genres.