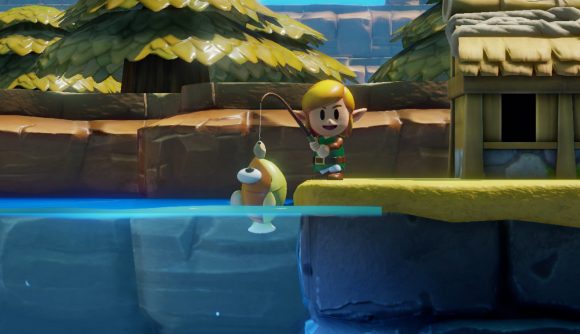 If you’ve had your Switch for a while, you’ll know that a decent sale is hard to come by. That’s what makes Nintendo’s latest Cyber Deals sale so damn good. The sale covers first-party IPs like the Legend of Zelda through to third party games like Hades as well as ports and remasters like Burnout Paradise, all for a significant chunk off.

The Cyber Deals sale runs from right now, November 24, until December 2 at 23:00 PST (December 3, 07:59 GMT). While the actual percentage point varies between 20 and 75% off full price, most of the games included in the sale sit between a third and half off their regular price.

While the sale was only available on the US eShop originally, now we’ve added some of the best UK deals in a separate list, too, so no one has to miss out! If you’re also on the lookout for more bargains, be sure to also see our list of the best Black Friday and Cyber Monday deals.

Here’s a list of some the biggest games, split into UK and US, with a percentage price reduction:

As you can see, those are long old lists of games. So, take your pick and get playing! If you need any help deciding what to pick up, check out any of our guides to the best Switch RPGs, Switch strategy games, or the finest Switch multiplayer games to hit up with your friends.