The Switch is a great platform for strategy games. The portability of the console allows you to scratch that gaming itch no matter where you are. On top of that, the combination of its touch controls and button-mapping has made playing games without a mouse or keyboard a breeze. It’s also truly impressive how varied the selection of the best Switch strategy games are.

It could be classics like XCOM 2, getting a second chance at life on the new platform, or it could be one of the newer successful games like Fire Emblem: Three Houses, which has already established its place as a strategy staple on Switch. And with news titles coming to the platform all the time, the number of best Switch strategy games is always growing!

So in this list we’ve rounded up the best the platform has to offer, listing the games, and telling you a little about each one. The sheer variety present among the best Switch strategy games really does mean that you’re unlikely to ever want for choice.

XCOM 2 is a great turn-based tactics game that built upon Firaxis’ original, which re-imagined the classic series back in 2012. It comes in two flavours: the vanilla XCOM 2, a decent but quite brutal game, and War of the Chosen, which completely revamped all areas of the original.

The XCOM 2 Collection contains both of these, as well as some of the game’s minor DLC, and is a well-handled port, with a decent level of graphical fidelity.

We like strategy games that offer something a little different, and Nowhere Prophet has that in spades. Officially, it belongs to the same class of games like Crying Suns or even FTL, as you lead a group of survivors in a post-apocalyptic world, trying to find a place of safety. The game revolves around you travelling from point-to-point, encountering anything from random events to full-blown battles. Each of your followers represents an individual entity, and makes up your deck, which is used during the game’s tactical battles. All in all, Nowhere Prophet is a smart take on survival-strategy.

This hilariously grim strategy game puts you in charge of the crew of a dying spaceship en-route to Mars. Your job is to see the mission through and succeed, which means that sacrifices must be made. Do you have to eat a crew member in order to survive? Well… better pass the salt. Tharsis’s central dice allocation mechanic is very much inspired by tabletop, as you roll and allocate specific dice to actions, in order to resolve crises that are currently messing up your day. Definitely a solid pick for any who enjoy TTRPGs.

Northgard lets you play as one of a variety of different Viking-inspired tribes, fleeing their homeland in search of pastures anew. Each game map is an island split up into different territories, filled with various dangers, and other tribes who’ve also landed to settle the territory. You must explore and expand to ensure you have enough resources for when winter arrives, and there are multiple ways to secure victory. Northgard also features multiplayer support for up to six people.

Set during the first Cylon war, this excellent turn-based tactical space strategy game puts you in command of a fleet of ships trying to fight off a Cylon assault against twelve colonies. You command everything from small combat ships, to fully-armed battlestars, as you play through the single player campaign’s mix of tactical battles and fleet management play. It’s quite easily the best Battlestar Galactica game of all time, and an excellent strategy game in its own right.

As the only game on this list developed as a Switch exclusive, Fire Emblem: Three Houses has big shoes to fill, but as is typical of the series, it does not disappoint. You play as the professor of a military academy training students from three feuding realms. You must train these students in tactical turn-based battles, and watch as they grow into new powerful classes. Three Houses also features a great story, with tonnes of NPC depth, and some fantastic voice acting. You’ll find yourself really bonding with the game’s characters, which can be tough considering Fire Emblem’s classic permadeath.

Into the Breach is the poster child for how well a strategy game can work on the Switch. The game features a team of mechs fighting back against an encroaching invasion of giant bugs. There’s a lot of meta-strategy to this game regarding upgrading your team and choosing missions, but the star of the show is the combat itself. You will never be able to brute-force your way to victory, as the large amount of enemy units makes that impossible. Instead, your team comes with moves that synergise with each other, forcing the enemy into unfavorable positions. It’s a smart strategy game, and even won BAFTA in 2019.

We all love a good Viking game, don’t we? Bad North is an RTS all about island-hopping, while defending yourself at every turn as a Viking horde follows hot in your footsteps. Each island plays out a little like a tower defence, and you position your trusty soldiers at vital strategic points to defend houses. For every dwelling you defend, you get some coin that you can use to upgrade your troops and unlock new abilities. Bad North is one of the best examples of micro-strategy around, and is perfect for Switch – read our Bad North review if you want to know more!

The celebrated civilization-builder is now on Switch, and it’s not the cut-down version that the earlier Civilization Revolution games were, either. This is pure Civilization, ready to suck all of your free time away. You select a ruler and civilisation, and slowly build up your city, sending out settlers to establish further colonies, and engaging in diplomacy and warfare against other factions. It’s as classic as classic goes, following the recognised 4x formula of expansion and conquest.

Valkyria Chronicles is a strategy series at home on the Switch, with controls optimised for Joy-Cons, rather than mouse and keyboard. This new installment centres around a squad of soldiers in an anime parallel of World War 2, as they overcome the trials and tribulations of warfare. Combat in the game is turn-based, and you spend action points to move specific units and execute actions. Valkyria Chronicles 4 is definitely worth checking out if you like strategy with a good story thrown in. 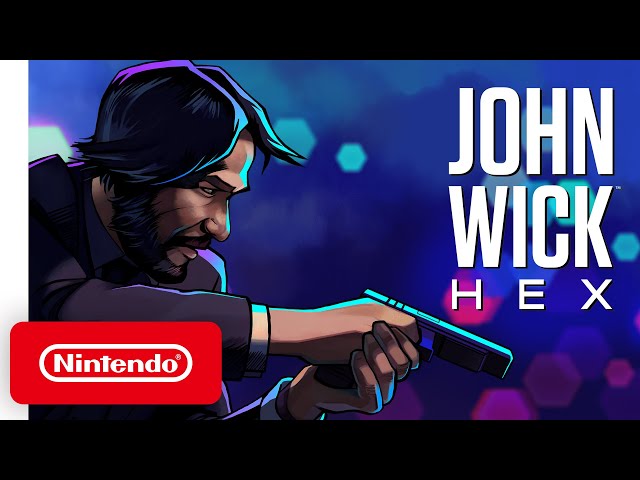 A recent yet welcome addition to the Switch strategy genre is real-time tactics game, John Wick Hex. In our John Wick Hex review we said it had “carefully captured the spirit of the franchise” and lets players step into the shoes of the infamous hitman as he takes down targets in a quest to dismantle the underground organisation known as ‘Hex’. As you move through each action-packed level you’ll be faced with split second decisions, and have to utilise your resources efficiently to make progress, and survive each deadly encounter. 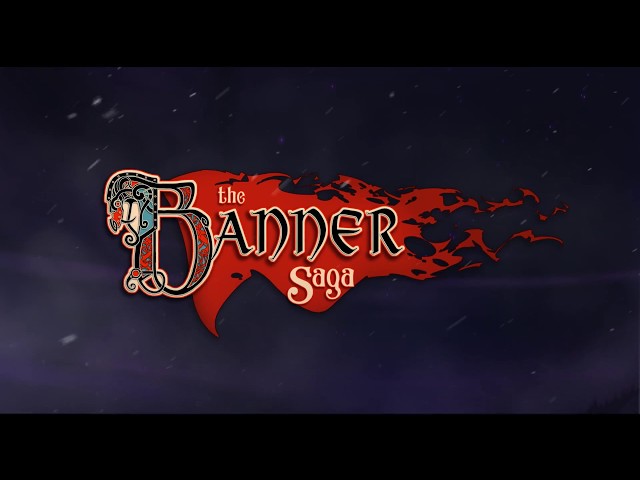 Though the Banner Saga first launched back in 2014 it’s still a fantastic trilogy of Norse-themed narrative strategy games. Each instalment sees you take command of a caravan of survivors, managing supplies and making tough choices as you search for a safe haven during what is effectively Ragnarok. The game also features a powerful soundtrack and excellent tactical battles, as you use your party’s skills and special moves to outmaneuver your opponents. 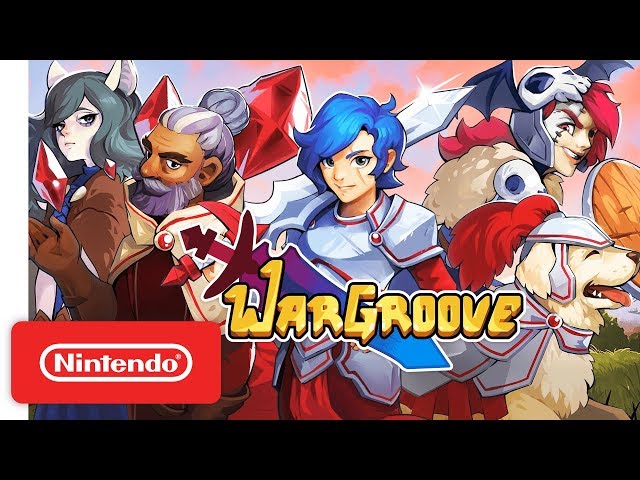 While we patiently wait for Advance Wars to come to Switch, here comes an indie to fill the gap, with some serious improvements to the formula. Build and battle an army with Wargroove, the strategic war game for up to four players, also has a fantastic level editor so you’ve got plenty to play beyond the already great campaign. 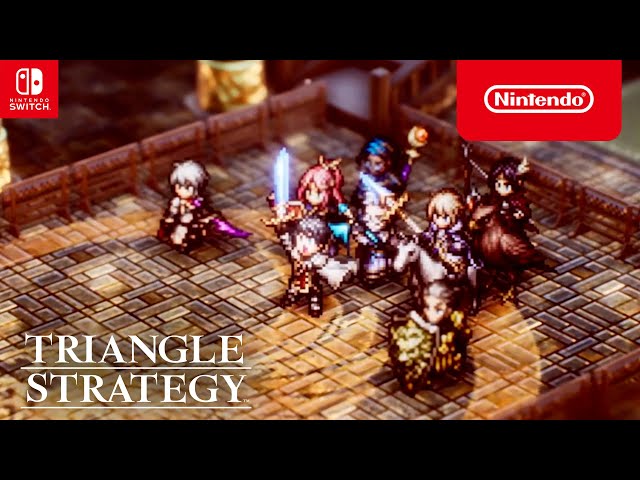 Well, this one does what it says on the tin. A confident and utterly gorgeous strategy game about three warring countries, Triangle Strategy tests your brain as well as your resolve, as tough decisions inform the future of the entire nation. For more be sure to check out our full Triangle Strategy review. 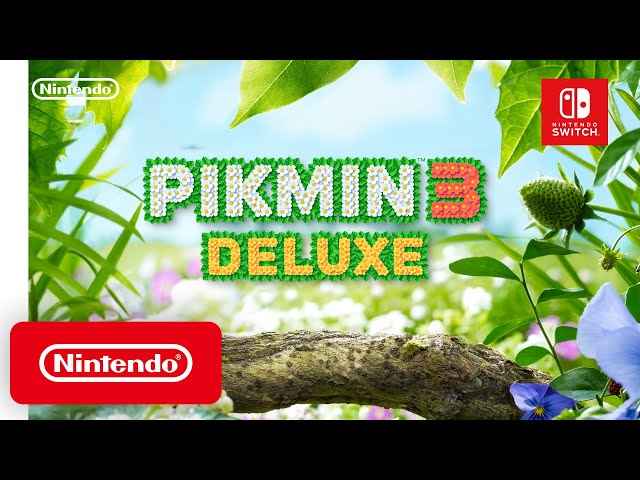 If you’ve never hopped onto the Pikmin franchise, this is the perfect place to start. Pikmin 3 Deluxe mentions past events but is also its own story. Meanwhile, the adorable real-time strategy gameplay of commanding armies of Pikmin to steal fruit and attack enemies has never been better. With a beautiful world and adjustable difficulties, this could be the perfect way to get younger gamers into strategy games. 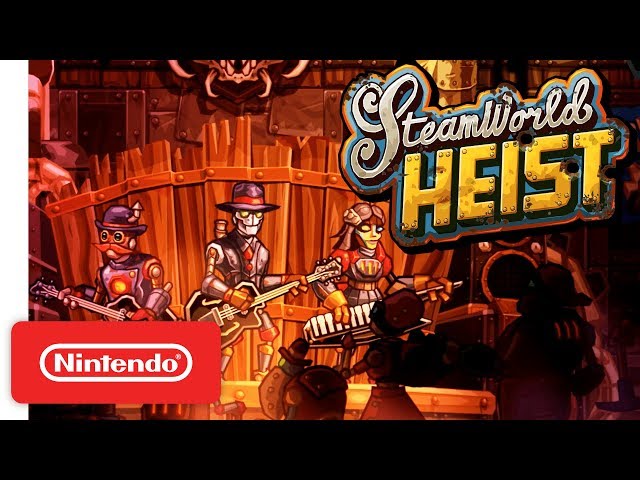 The Steamworld series just never misses. Playing out a bit like a 2D X-COM, Steamworld Heist has you controlling a ship full of robot pirates, exploring the universe and taking on enemies in close-quarters shootouts. You’ll need some seriously sharp precision and an eye for ricocheting bullets, but when you hit there’s little else that feels as satisfying. Play it so we get a sequel!
And that’s our list of the best Switch strategy games. For some further tactical recommendations, be sure to see our list of the best mobile strategy games, too!