What are the best Nintendo Switch multiplayer games, we hear you ask? Well, you’ve certainly come to the right place. Thanks to a combination of its portable nature and Nintendo’s savvy Joy-Con design, the Switch really is the ultimate multiplayer device. And we stand by that, regardless of whether you want to play games with a friend in the same room or on the other side of the planet.

Not only is it perfectly designed, it also features some of the best multiplayer games in the business, many of which are first party. There are racing games, shooters, fighters, sandboxes, and some incredibly creative options. Basically, no matter the type of game you usually play, there’s something here for you. 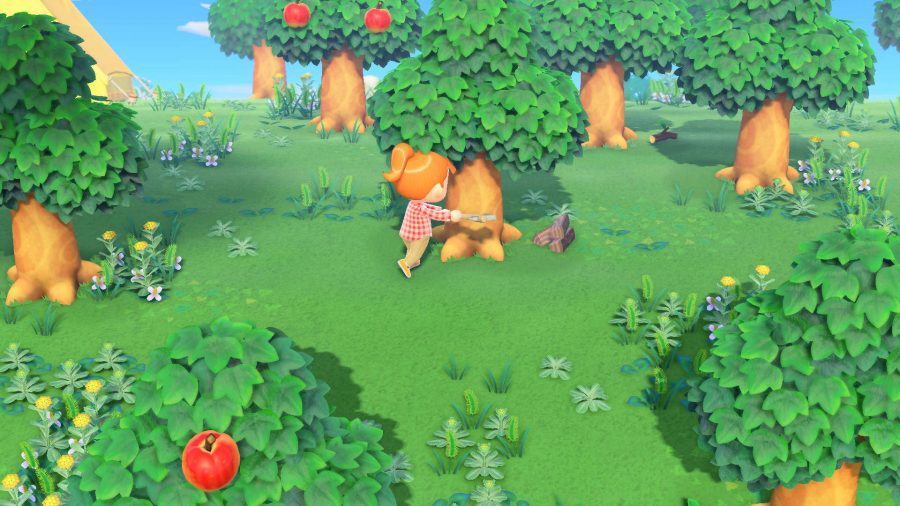 Rather trade action and drama for picking fruits off trees and chatting to your neighbours? Animal Crossing: New Horizons has you covered.

But you came to this list specifically for multiplayer recommendations, and New Horizons is great for that too. You can do it all with friends no matter how close, or far, you are.

Keep an eye on the latest happenings with our Animal Crossing: New Horizons update tracker. 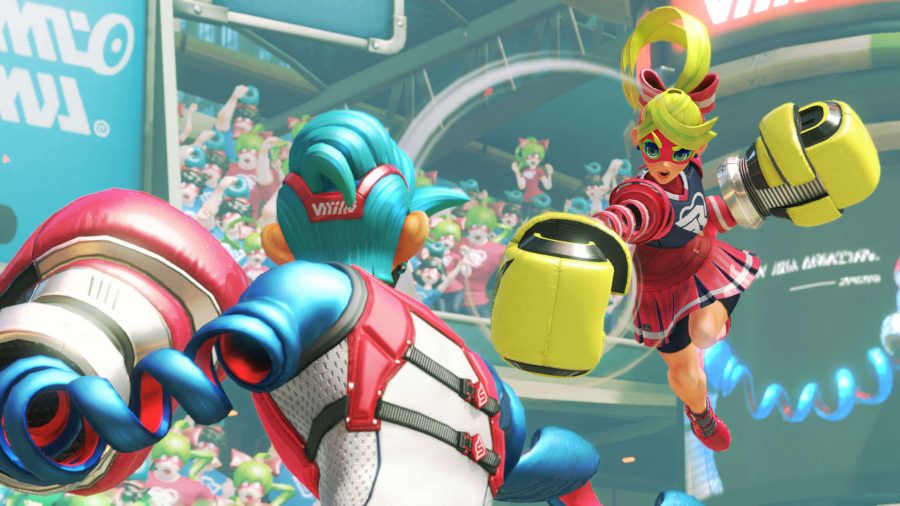 Nintendo redesigned the fighting game with Arms, a fast-paced, long-armed battler that plays as well with motion controls as it does without.

There are a wide variety of multiplayer options in Arms, including couch co-op and online modes. 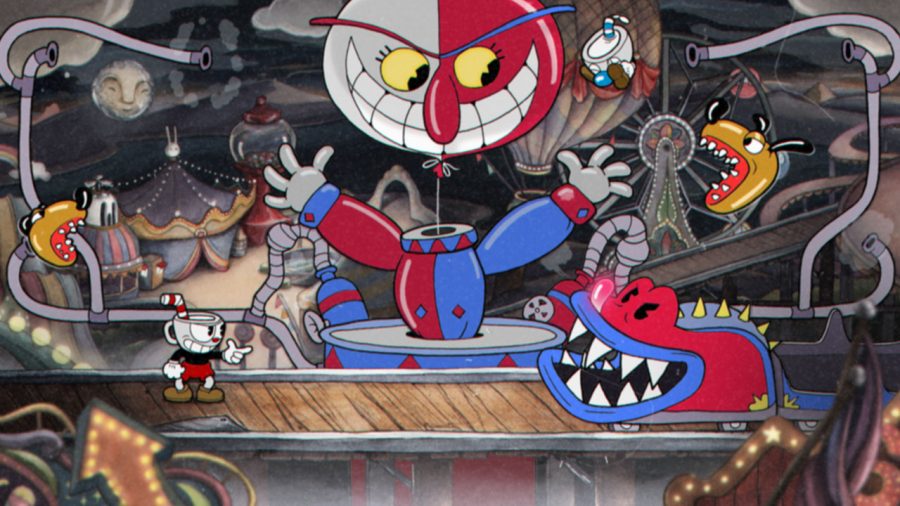 This fiendishly difficult adventure, with visuals ripped right out of the creepiest era cartoon has ever seen, will make even Dark Souls fans run home crying to their mama.

Too difficult for you? Well, why not play through the entire adventure with a friend? Yes, that’s an option. 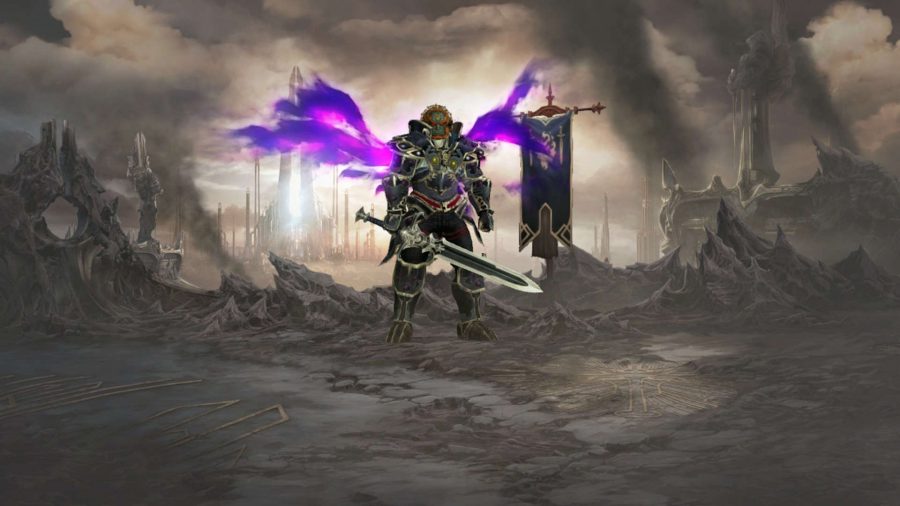 Loot, loot, and more loot. That’s the buzzword of this dark action RPG, which actually lets you play as Ganondorf himself on Switch.

If you can rustle up a few friends, there’s hours of fun to be had here, both locally and online. Just don’t fight over the loot, eh? 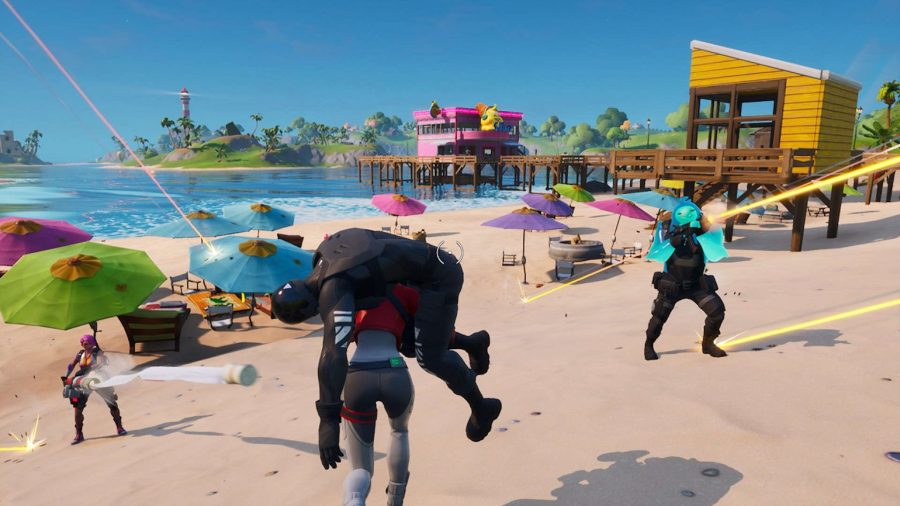 Is this still the biggest game in the whole wide world? Either way, it’s still massive, and features endless amounts of fun thanks to its variety of creative and competitive modes.

In fact, Fortnite is as much a social space as it is a game these days, with movie nights, hangout spaces, and more competing for attention.

What? We said all of the guides you need. 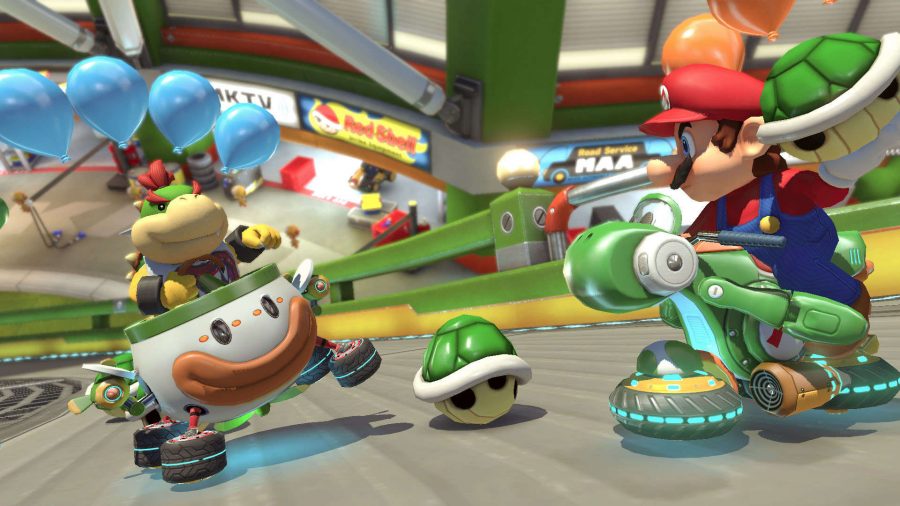 What list of multiplayer games on Switch would be complete without the absolute best?

No matter who you’re playing with, or how you’re playing, it’s only a matter of time before one of you whips out Mario Kart. It’s as great in local or online multiplayer. 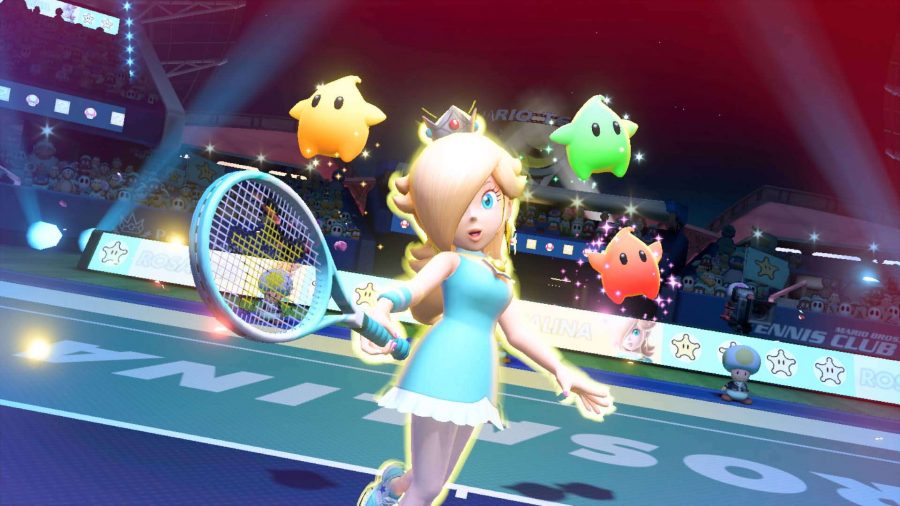 There’s a lack of decent multiplayer sports games on Switch, admittedly, so it’s a good thing that Nintendo has stepped up to the plate to offer one of its own.

While not a particularly standout entry in the series, Mario Tennis Aces does more than enough to hold its own, and provides all of the local or online multiplayer you need. 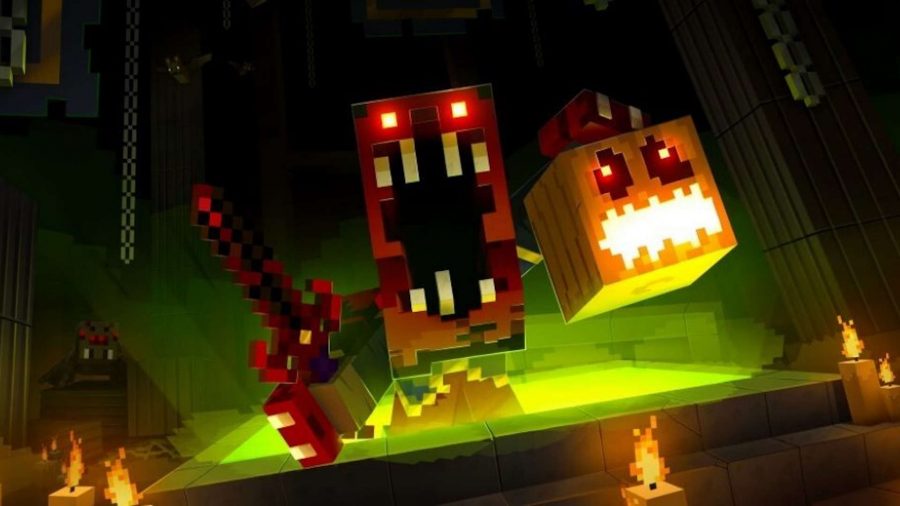 Show off your creativity in this long-running survival sandbox. Want to survive against the undead? Build your own house? Ride a rollercoaster? You can do it all in Minecraft.

The best part? You can do it all online or offline with your friends. It’s not only one of the greatest multiplayer games, but one of the best games of all time.

Learn how to play Minecraft mobile on PC, keep track of the latest Minecraft update, and all you need to know about Minecraft diamonds, Minecraft enchantments, and Minecraft houses in our guide series. 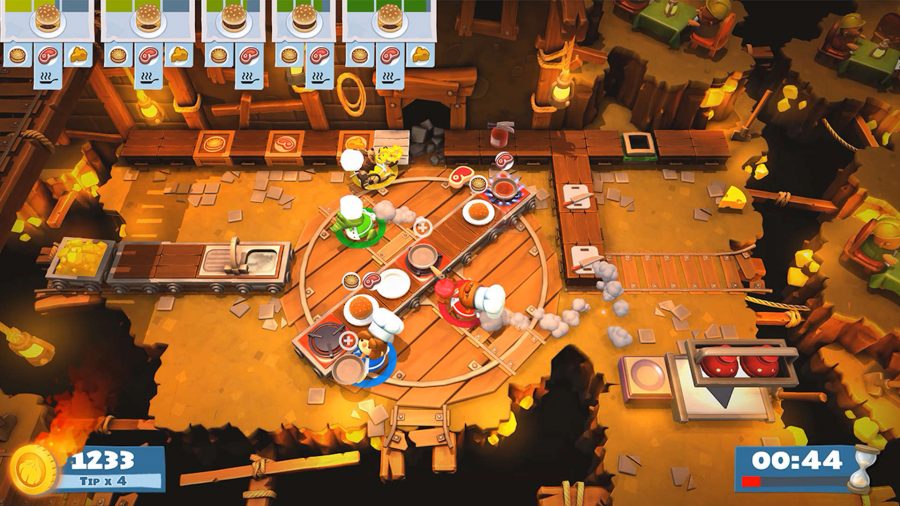 One of the best multiplayer series of the best decades wasn’t actually made by Nintendo. Mad, right?

We are, of course, referring to Overcooked, which demonstrates the challenges of working in a kitchen. Teamwork is key. 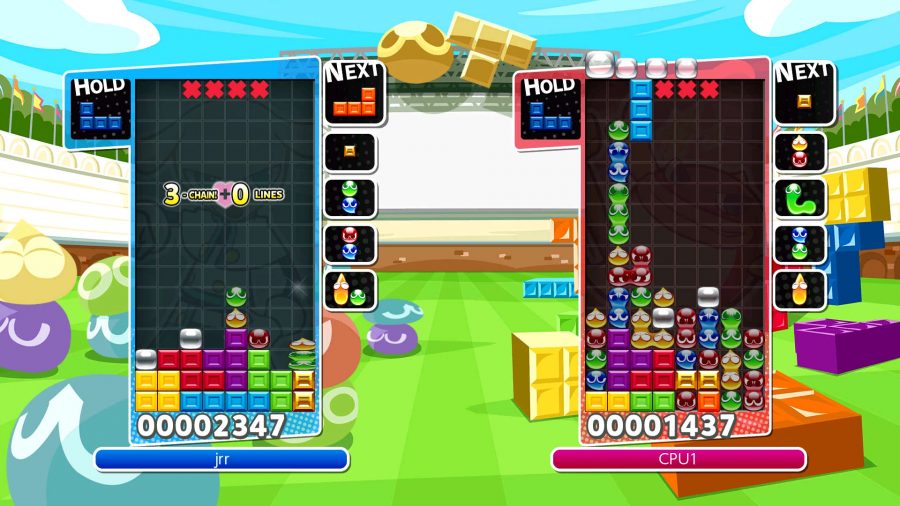 Fan of Puyo Puyo and Tetris? Well, why not both? That’s the idea behind this mash-up, which also offers, for our money, the best interpretation of either on Switch so far.

It’s another couch co-up classic, that will keep you busy for hours. Of course, you can always play online too, depending on where your friends are located. 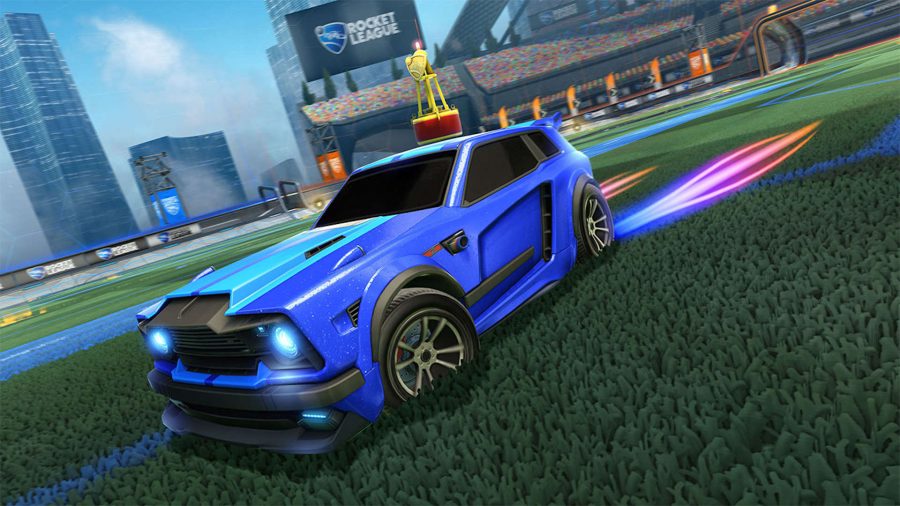 Missing actual competitive sports? Rocket League is, oddly enough, the closest you can get to sports with friends digitally.

It’s also free-to-play now, meaning there’s absolutely no barrier to entry. You don’t even need Nintendo Switch Online any more to play with your friends. 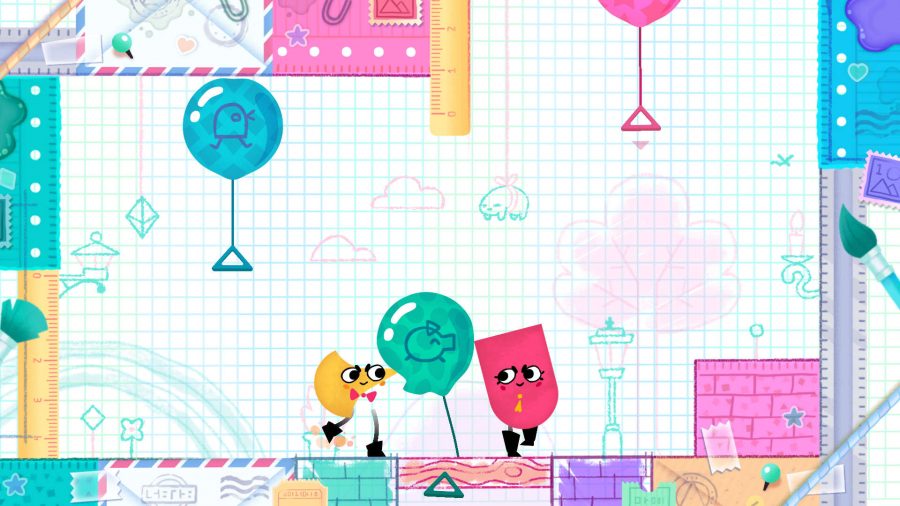 Prefer working together to competing? Snipperclips is perfect. You work with a friend to solve a variety of fiendish challenges by cutting parts off your characters.

It’s a novel idea, and is a perfect fit for Nintendo Switch, which is designed for impromptu multiplayer sessions. 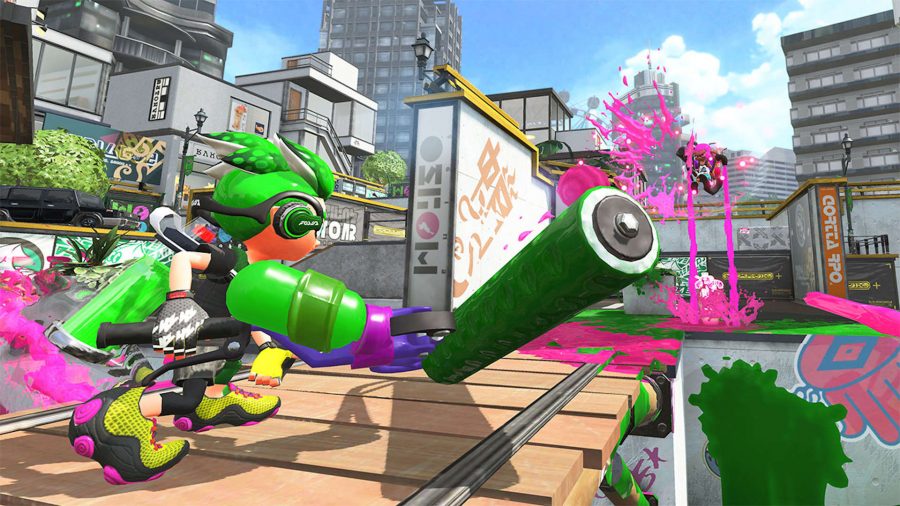 The idea of a multiplayer shooter by Nintendo would have been mad just a few years ago, but Splatoon is exactly what you’d imagine it would be like.

You spray paint, not bullets in this shooter that isn’t really about shooting. It’s more of a turf war, to see which team can paint more of the environment by the end of a match. 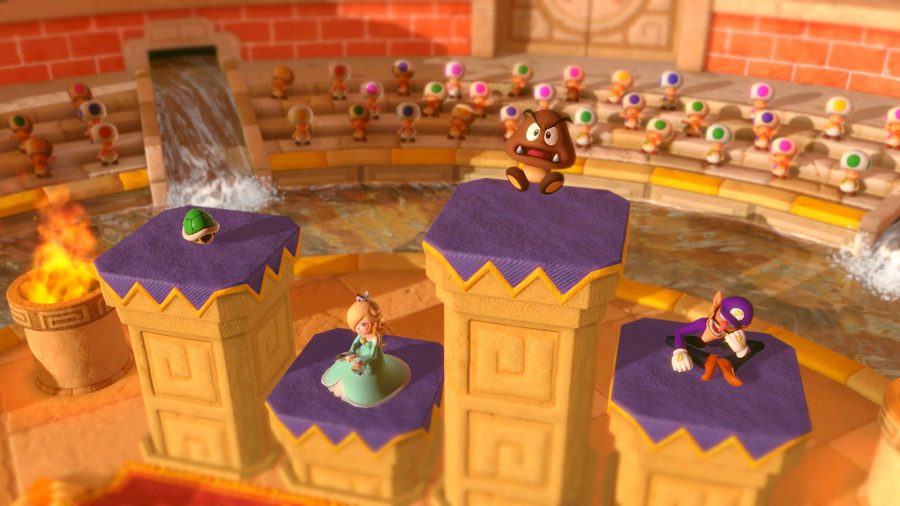 Fan of board games but hate clearing them up afterwards? Super Mario Party is the choice for you.

You can play as your favourite Mario characters and enemies in a variety of minigames, competing with friends and family. 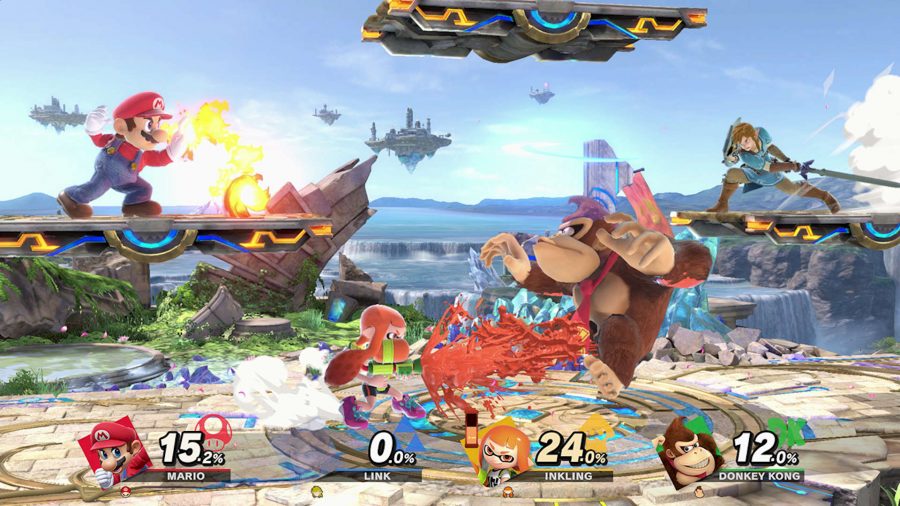 One of the best fighting series of all time has found a very comfortable home on Switch indeed. Super Smash Bros. Ultimate has the largest selection of characters ever, for one.

If you’re a fan of fighting games in general, this should top your list. Even if you aren’t, it’s accessible enough to pop on and fight your friends.

Find your new favourite character with the help of our Super Smash Bros. Ultimate tier list. 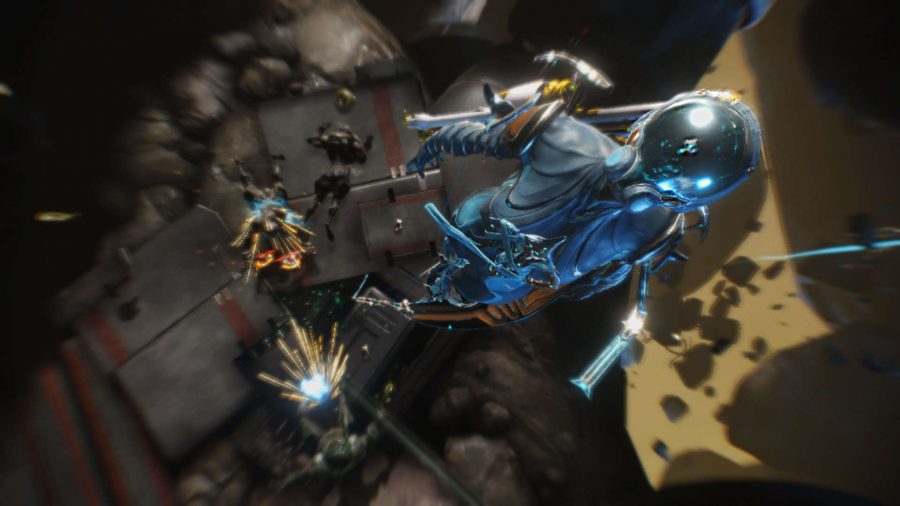 If Diablo was a shooter, it would play an awful lot like Warframe. Just like the action RPG it draws inspiration from, it’s all about the loot.

While you can hack and slash your way through with swords, it’s also a fine third-person shooter in its own right, and you can play all of it with your friends. 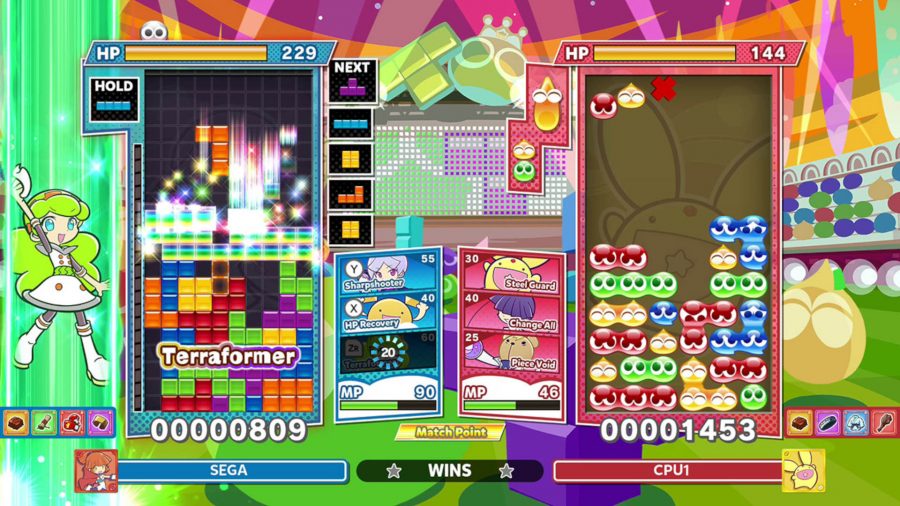 In our Puyo Puyo Tetris 2 review, Ruby said that the game “surpasses the original with a fun light-hearted story.”

There’s a ton of great content to get stuck into here, and while the core experience remains largely untouched, the foundations laid by its excellent predecessor, as well as some fresh additions, allow for another incredibly enjoyable puzzler. 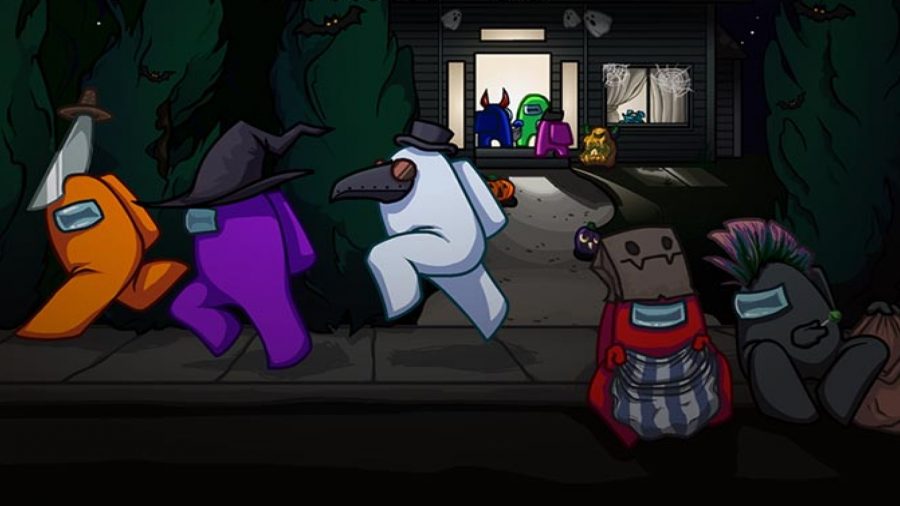 Hugely popular social deduction game Among Us has now made the move to Nintendo Switch, where it’s quickly become one of the hottest games on the platform. As a group, you’ll work to determine which player among you is the killer, preferably before you’re all murdered. It’s a perfect party game and remains surprisingly fresh for a long while despite its simple mechanics. 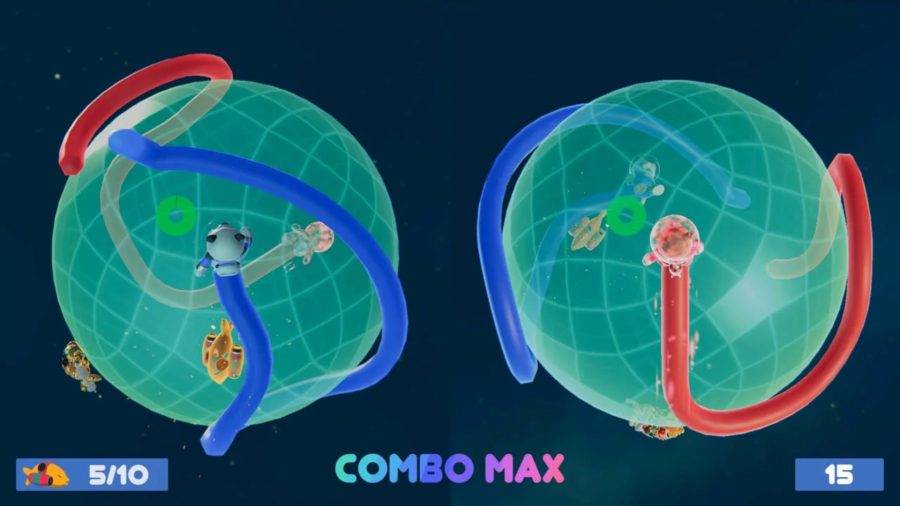 Astro Bears is a couch co-op game that plays a bit like Snake. You run around a small planet, leaving a trail wherever you go. Your goal is to survive for as long as possible without bumping into your own trail or your rivals’. It’s fun, fast-paced, and incredibly easy to pick up and play. Thanks to its simple premise, Astro Bears is one of the most enjoyable – not to mention affordable – party games on Nintendo Switch. 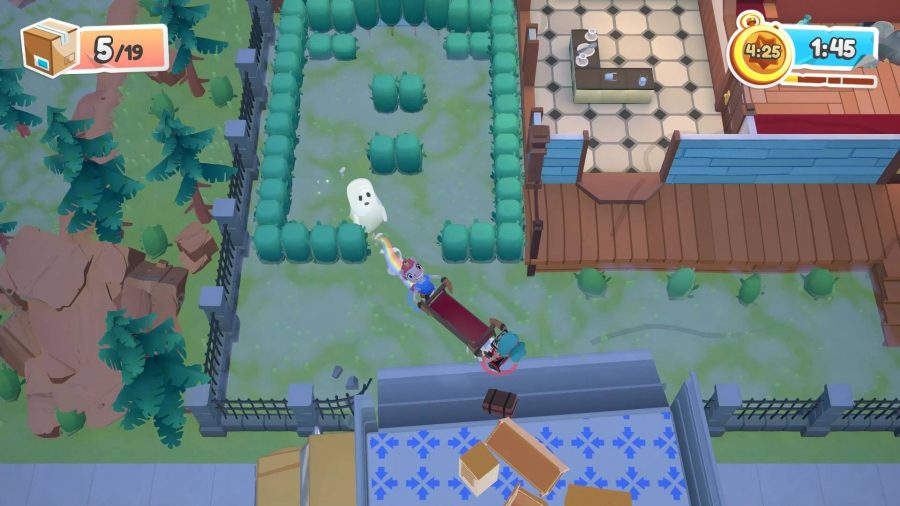 As if moving wasn’t already stressful enough! If you enjoyed Overcooked, then Moving Out could be the next game for you. Playing as a furniture removal company, you and a few pals must get everything out of these houses as quick as possible, but there might be a couple of obstacles in the way… A very silly game with a lot of heart, Moving Out is a very charming and sincere game that could be a blast with a couple of kids, just don’t expect to get along afterwards! 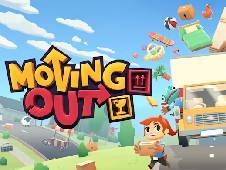 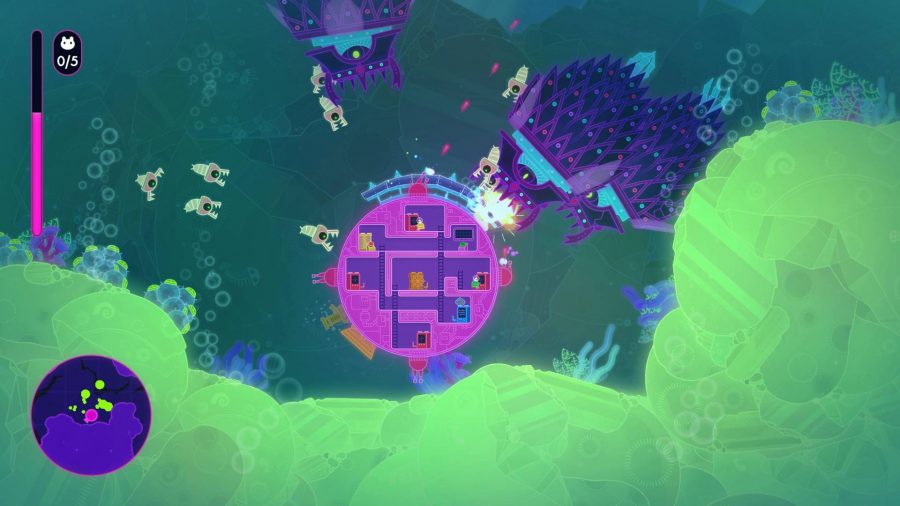 Lovers in a Dangerous Spacetime

A slightly more relaxing entry, where co-operation is the name of the game. Grab some friends and work together in Lovers in a Dangerous Spacetime, with everyone in charge of a different corner of s spacecraft. Someone on directions, one person on the gas, you must all work together and communicate to get through your mission alive. This entry is helped along by some wonderful presentation and clever mission design, so don’t ignore this one if you’re an adventurer at heart! 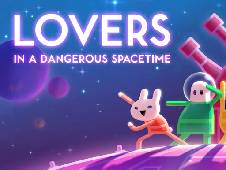 And that’s it for our list of the best Switch multiplayer games. Hope you found at least a few new favourites to while away the hours with, and if you’re still not quite content, here are the biggest new Switch games to get excited about.