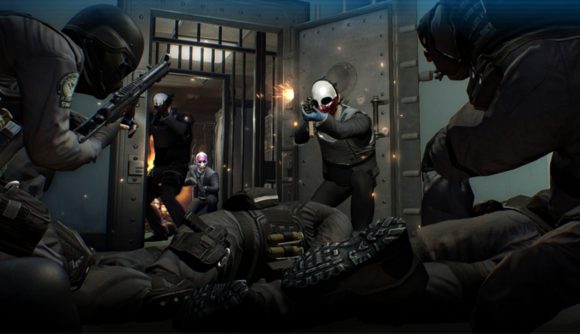 Great news for all you PayDay fans out there as the first mobile game in the series, PayDay Crime War, is returning to mobile devices after shutting down back in 2019. Better yet, there’s an upcoming beta for Android users – we hope you’re ready to go on a heisting spree.

The PayDay Crime War beta is next month. As for what you can expect, it’s a standalone title set in the same universe as the mainline entries in the series, and, of course, it features many heists for you to embark on. While it might not have seen great success the first time around, PopReach Corporation hopes to change that. To date, the first PayDay has been installed 28 million times, while PayDay 2 boasts a Steam community of 7.1 million members.

“Our PopReach team has a track record of translating successful shooter games to mobile, so we’re eager to be taking a shot with such a genre-defining classic as PayDay,” PopReach president Christopher Locke says. “Partnering with Starbreeze and leveraging their IP knowledge, along with this massive built-in audience, creates a huge opportunity for PayDay on mobile. Together, we believe we’ll be able to deliver a first-class mobile shooter experience that satisfies even the most loyal heisters.”

Pre-registration for the full game is yet to open, but if you’re an Android user, you can visit this website to sign up for the beta that’s taking place later this year.

When does the PayDay Crime War Android beta begin?

The PayDay Crime War Android beta begins on December 6, and taking part is a good idea as the development team is after feedback to further enhance the game.

What is the PayDay Crime War release date?

There’s no set release date for PayDay Crime War yet.