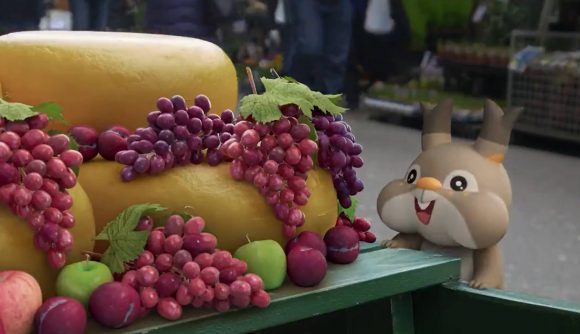 Niantic Labs has announced that Pokémon Go will soon get Pokémon from the latest generation, Pokémon Sword and Pokémon Shield. In an announcement trailer, several Pokémon are shown off, including Skwovet, Falinks, Wooloo, and the box legendaries Zacian and Zamazenta. You can also expect the evolutions Dubwool and Greedent.

These additions carry on from the Pokémon Go Fest 2021 festivities, with the mythical Pokémon Hoopa causing mayhem and using portals to drag in Pokémon from many different regions and generations. The event also adds shiny versions of several Galarian Pokémon, including Meowth, Stunfisk, Wheezing, and Farfetch’d, though they’re as rare as ever.

The event runs from Friday, August 20, 2021, at 10:00. to Tuesday, August 31, 2021, at 08:00 local time. The legendary Pokémon Zacian will appear in five-star raids for the first week, then its counterpart Zamazenta takes over the following week. You can keep up to date with all of August’s events with our Pokémon Go August Raid Schedule here.

You can check out the announcement trailer yourself, and attempt to spot any hidden clues.

What do Skwovet, Wooloo, Falinks, Zacian, and Zamazenta have in common?

They were all originally discovered in the Galar region and will soon be making their Pokémon GO debuts during the Ultra Unlock Part 3: Sword and Shield event!https://t.co/k5EPs0pOMQ pic.twitter.com/01E54hnidV

Meanwhile, stay up to date with the latest freebies with our Pokemon Go codes guide.