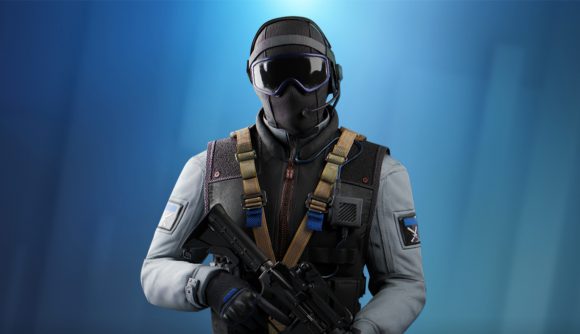 It’s fair to say that there’s some hype surrounding Rainbow Six Mobile, with many of you keen to dive into the small screen version of Ubisoft’s popular shooter, and this is for multiple reasons. Firstly, the gameplay is fun. Secondly, you can play with your friends, and thirdly, the operators are badass.

So, given how great many of the Rainbow Six operators are, the official R6M Twitter account couldn’t help but ask the question, “which real-life celebrity would you turn into an R6M operator if you could, and what would their ability be?” Well, it turns out that a fair few of you have some opinions on potential Rainbow Six Mobile celebrity operators.

We have to admit, we definitely like a couple of the choices, and they just so happen to be at the top of the conversation thread. First up is the rap god, Eminem, and to go alongside him, Twitter user @ColtonHendrix suggests giving him the ability “to hack the enemies in-ear comms, and blast some tunes with his lightning-fast lyrics.” The result of this is that the other team can’t hear many sounds for a small amount of time.

Another great suggestion comes from @Evan914247591, who gives a shout-out to Keanu Reeves, and considering he portrays the badass enigma that is John Wick, we can’t help but love this.

We have a serious question for you 🙊😂

Which real-life celebrity would you turn into an #R6M Operator if you could, and what would their ability be? 😎

Surprise us in the comments below 👇 pic.twitter.com/ul5FcdhaqY

Besides Eminem and Keanu Reeves, Daniel Craig pops up, as does the one and only Arnold Schwarzenegger, but the real question is, do we go for Arnie from Predator, or go with the unstoppable Terminator? Hm, decisions, decisions.

Currently, there’s no Rainbow Six Mobile release date, so you might want to check out our picks for the best mobile shooters to find something that can keep you busy while you wait.