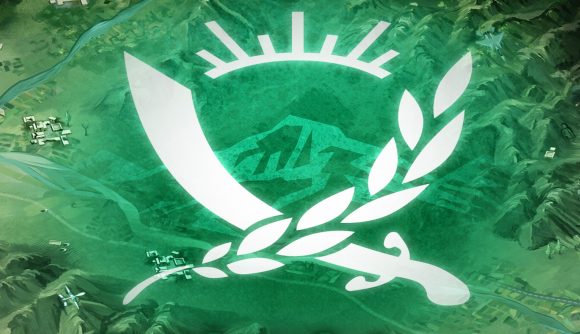 Ndemic Creations has announced that the Rebel Inc. campaign is finally headed to mobile. The successful developer of Plague Inc. revealed the information on Twitter, alongside a form that lets you join the beta test. Good news for both Android and iOS users too, as the Rebel Inc. campaign beta includes both devices. Some of the questions do require some knowledge of Rebel Inc. though, like ‘Who is your favourite governor and why?’ And so it seems like Ndemic are targeting this beta at current Rebel Inc. players.

For those that don’t know, Rebel Inc. is a popular strategy game that launched a couple of years back, and has since gained a pretty hefty cult following. The game centres around insurgency, and creating a political and military simulation of a war-torn state. Your job is to stabilise that country, reaching the hearts and minds of your citizens.

The already popular Plague Inc. has also recently seen a huge surge in player numbers, with its relatability to the COVID-19 pandemic throughout the world, but also the developer’s choice to create a Plague Inc. alternate mode where you fight the infection instead.

By comparison, Rebel Inc’s campaign mode is a variation on the original game, with alternate versions of maps, and a mechanic called ‘tactics’ which give you a much needed buff or starting condition.

If this sounds like your cup of tea, you can enter the campaign beta through the tweet below:

Campaign mode is coming to mobile and we are looking for beta testers! Would you like to be involved? Sign up here! https://t.co/fVcaZC2Uad pic.twitter.com/k6dvscB1V3

You can hear more about the game in our Rebel Inc. review, or if you’d just prefer to just let it speak for itself, you can find Rebel Inc. on Google Play and the App Store, as well as its older brother, Plague Inc. We also have a guide of Rebel Inc. tips to help you get started!

If you want more games like Rebel Inc. also have a browse of our lovingly curated best mobile strategy games list.