Though it was a pretty long wait, Slay the Spire is finally on mobile now, allowing players to pick a character and climb the eponymous tower, building card combos and synergies with every step they take. But Slay the Spire isn’t the only good roguelike deck-builder on mobile. Its long-felt absence on the platform and massive popularity has lead to a huge number of Spire-likes – games which have a tonne in common with the original.

We may have Slay the Spire on mobile now, but these other games take inspiration from Spire, while also adding their own unique twists on the formula. So if, like us, you are constantly craving one more run up the Spire, or any game that offers you the chance to emulate that roguelike deck-building experience, you’ve come to the right place!

Out there in the shrouded realms of the App Store, infinitesimal cards and combinations are merely waiting for you to slot them together. Why not try cutting your teeth on a few of these?

the best games like Slay the Spire on mobile: 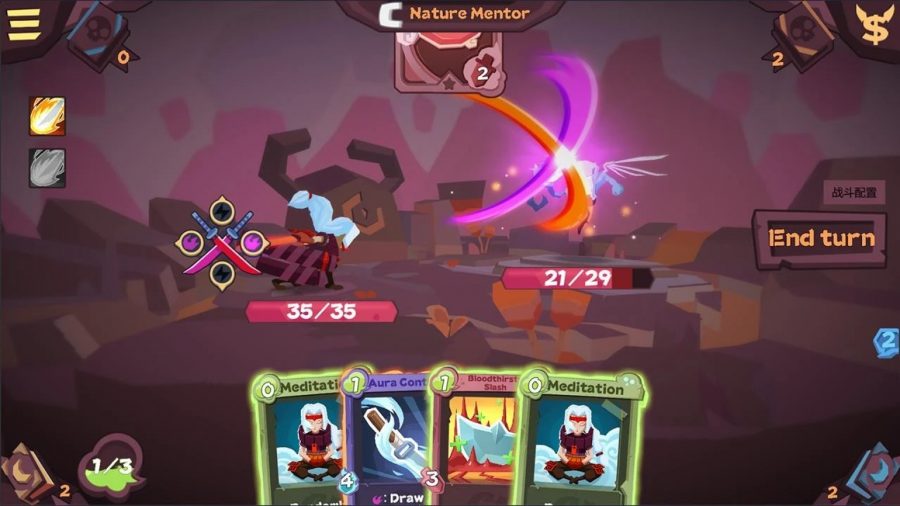 Saying that Dimensions borrows influence from Slay the Spire would be quite an understatement. The game parallels Spire’s card combination mechanics, roguelike design, and class mechanics, but also offers an interesting bespoke card pool that manages to keep the formula fresh.

You play as an adventurer, dragged into a dream world, where you are faced with a host of monstrous foes you must defeat in order to escape. In a similar vein to Spire, the game also features a selection of character types, which, in roguelike fashion, allow you to further tailor each game you play. For more rogue-ish revelry, have a look at our list of the best mobile roguelikes. 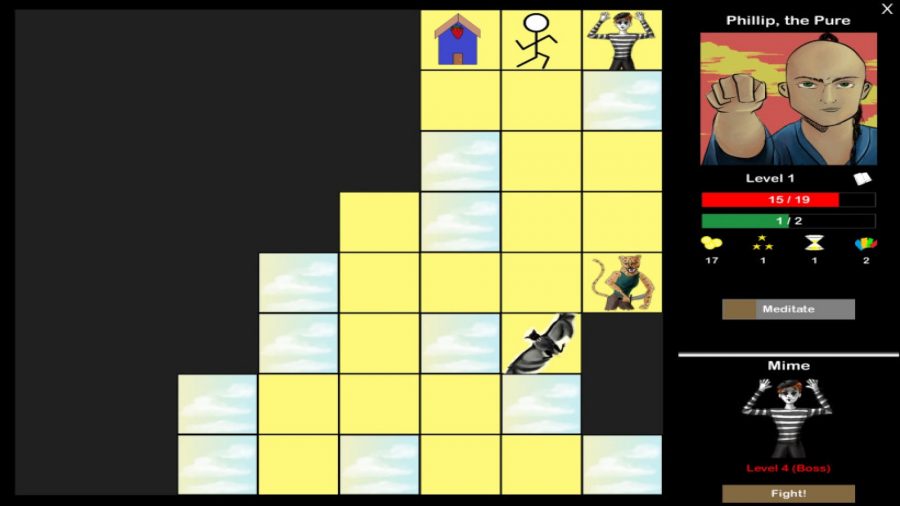 Before the slick design of Slay the Spire, there was the innovative Dream Quest; a game known equally for both incredibly ugly graphics and the depth of its gameplay. But by comparison with Spire, Dream Quest focuses far more on deck building: enemies each play with their own deck, and don’t advertise their intentions each round. You also start with fewer cards, which can often lead to you playing your entire hand rather than looking to the long game.

Dream Quest is less about playing clever and more about creating synergy between your chosen abilities. As you advance in the game, you’ll learn what each enemy is capable of and which cards are capable of countering them. And just like Spire, it gives you a great deal of satisfaction when you finally do master it. 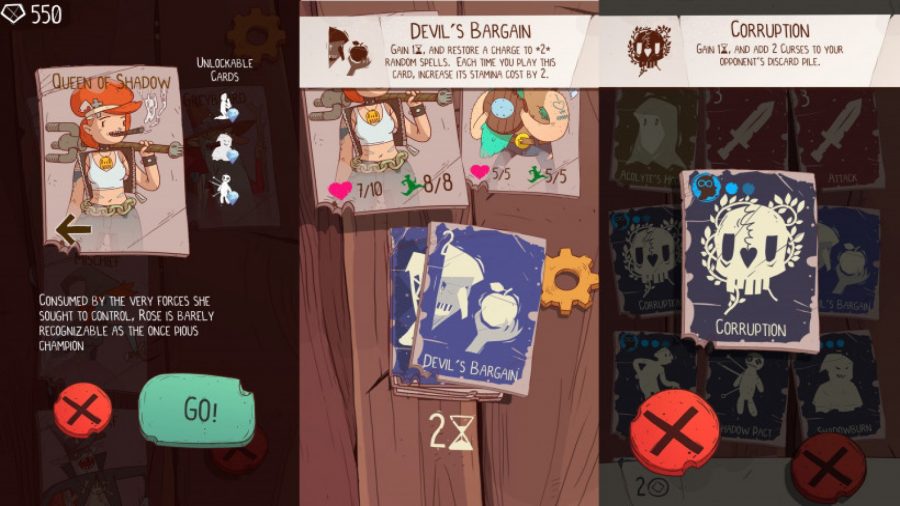 Described by its creator as ‘Dream Quest meets Reigns’, Meteorfall smartly adapts card-battle gameplay for mobile. Rather than having a hand of cards, you instead draw one at a time and decide to play it or pass, with each choice having a different effect on your resources.

It kind of feels as if a roguelike deck builder was crossed with a dating app. It’s the perfect game to play one-handed, but it’s also surprisingly complex and addictive. If you aren’t a fan of Dream Quest’s slightly clumsy interface, and want a deck builder with a far simpler approach, this is the best bet for you. For more card-based fun, see our recommendations for the best mobile card games! 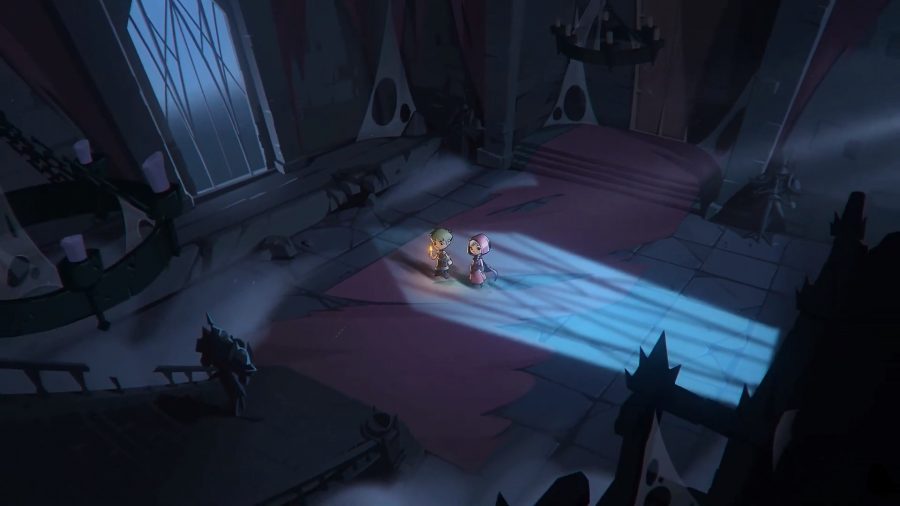 Night of the Full Moon

Just like Meteorfall, Night of the Full Moon represents another attempt to streamline Dream Quest’s approach. You start with a small hand and gradually build your deck, from basic attacks to much more complex cards. It also represents a wonderful twist on the classic tale of Little Red Riding Hood, and though translation is occasionally an issue – the original game is in Chinese – it uses the setting to great effect as you journey into the Black Forest, facing down a variety of monstrous foes.

Keeping with this theme, the game doesn’t give you a map, but, like Spire, you can choose from a set of encounters: whether enemies, vendors, or places to acquire more cards. There are also a number of classes which grant players a further level of determination in terms of approach. Night of the Full Moon is a fun little roguelike, which, though not quite as challenging as Dream Quest, is certainly a lot nicer to look at. 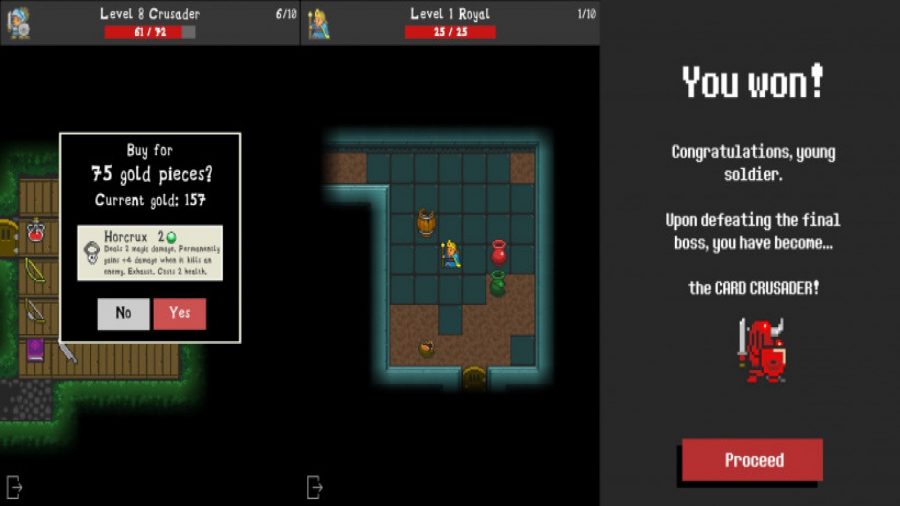 Where Slay the Spire provides completely different sets of cards for each character and their journey up the Spire, Card Crusade instead offers each character a different starting deck, while also letting you add cards from a generic pool. This approach does make each character somewhat less distinct, but it improves the flexibility of your approach as a player.

The game takes the form of a dungeon-crawler, as you scale ten floors filled with monsters, leading to a big bad boss. If you’ve exhausted Dream Quest, and are on the lookout for something along similar lines, this is a safe choice. 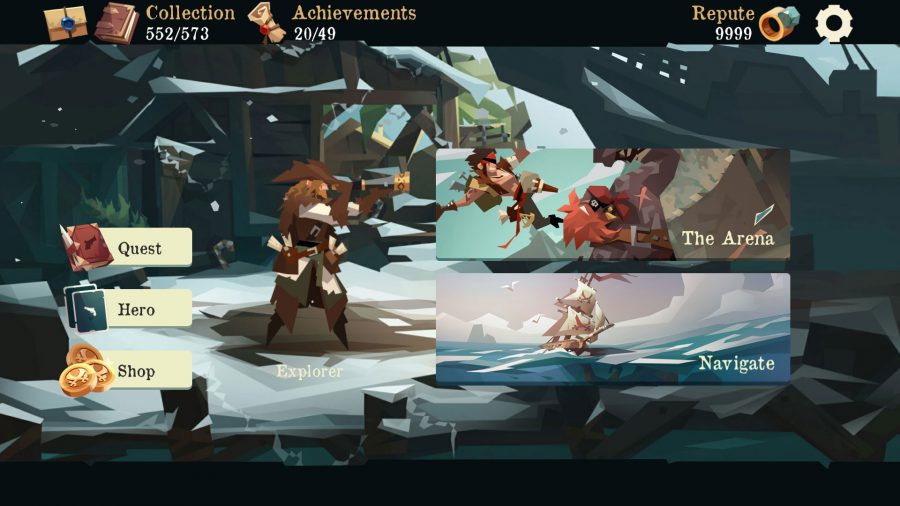 There’s one thing Slay the Spire doesn’t have: pirates. If you want a pretty much exact clone of Spire, but with a different skin, Pirates Outlaws is definitely your fix. It features many of the same systems, but also, you know, pirates. Does Slay the Spire mobile let you sport a dashing goatee? Does Slay the Spire mobile let you shout YARR! with appropriate context? Pfft, I doubt it! This might very well be the only roguelike which lets you play as an actual rogue, which is arguably a selling-point in itself.

But seriously, if you like Slay the Spire and you like pirates you’ll like this. In a veritable sea of doppelgangers, Pirates Outlaws is the ‘land ho’ of genre clones. 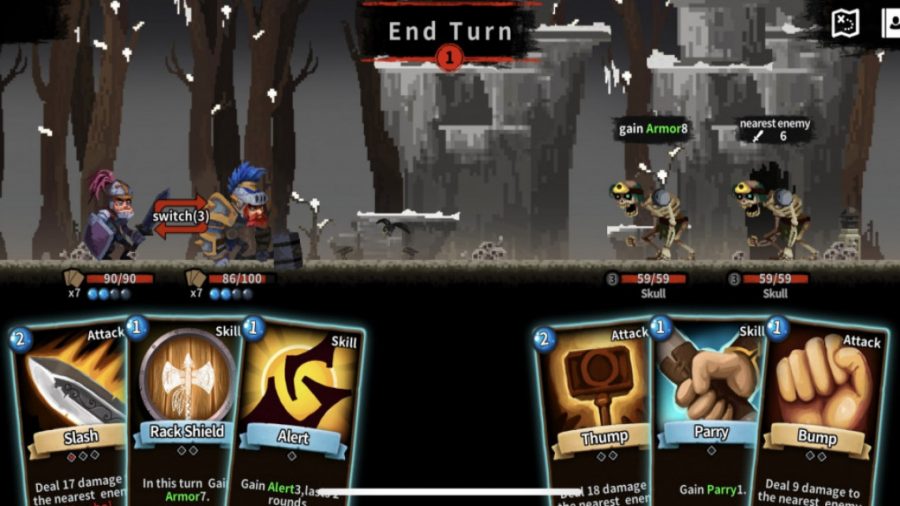 Though one could call Silent Abyss a reduced version of Slay Spire, it has some unique features worth discussing. Namely, that the game uses a dual-hero system, letting you play as two characters at the same time. This absolutely adds another layer of potential synergy when building your decks and strategies.

Silent Abyss is also quite a bit easier than Slay the Spire on mobile, which will certainly appeal to some. Apart from those differences, it’s a pretty much identical gameplay loop, so if your ravening hunger for more Spire-esque content is yet to be satiated, add this to your list. 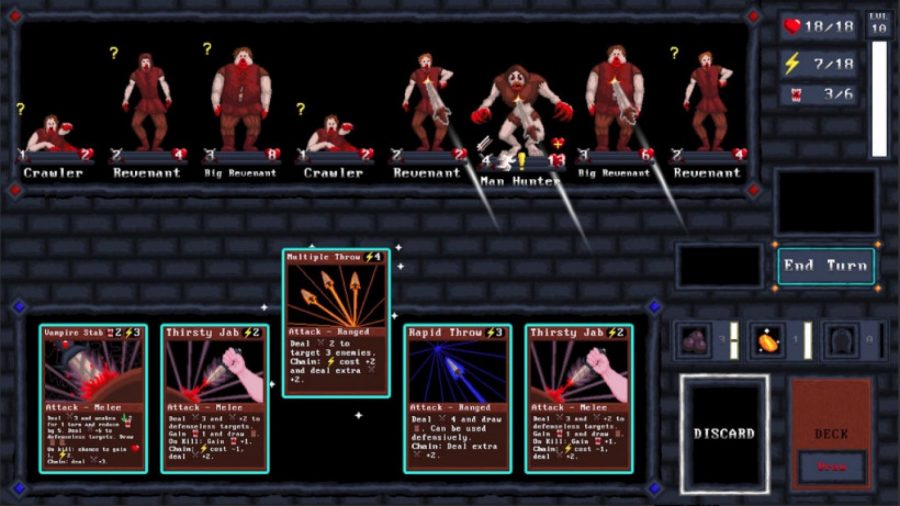 If you’re a big fan of Spire’s card battles and dungeon crawls, but are less fond of the deck building aspect, Card Quest will fit you like a glove. Each run requires an extreme degree of care and tact when using your character’s deck, since what makes Quest special, is that it doesn’t let you modify your cards on the fly. Instead, sets of cards are linked to the equipment you acquire, and your deck shuffles these groups together.

If developing synergies and managing a deck is your least favorite part of Slay the Spire, definitely give this one a look. It retains the roguelike challenge while also making the battles even deadlier, keeping you focused on the moment-to-moment tactical use of your cards. 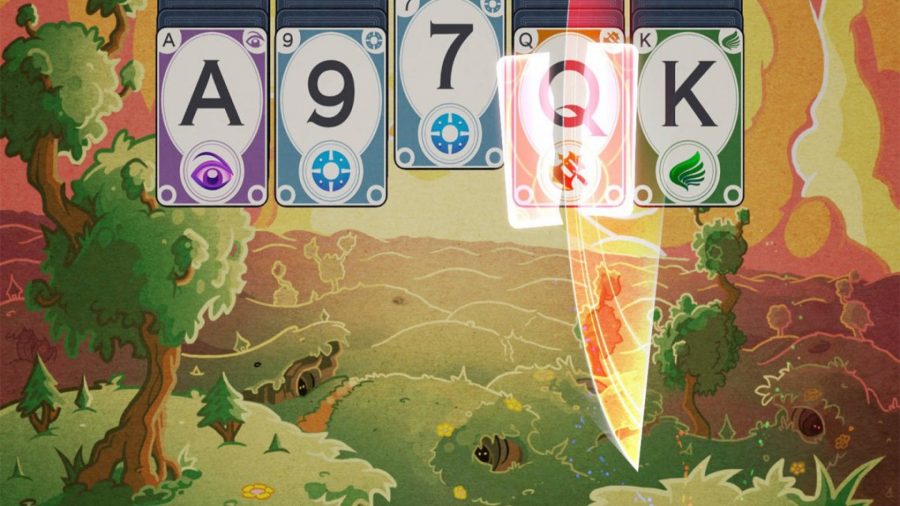 Utilising the much-beloved classic game, Solitaire, and combining it with a pretty card-based aesthetic, you’ll find that Solitairica feels like a lot more than just a Slay the Spire mobile clone. Battle through wave-after-wave of ever-changing monsters and enemies to face the final boss Emperor Stuck.

Though it doesn’t have a great deal of depth, Solitairica more than makes up for it in terms of humour, replayability, and general cuteness. We’ve talked a lot about card-based mechanics in terms of these games, but that other stuff can be just as important too. 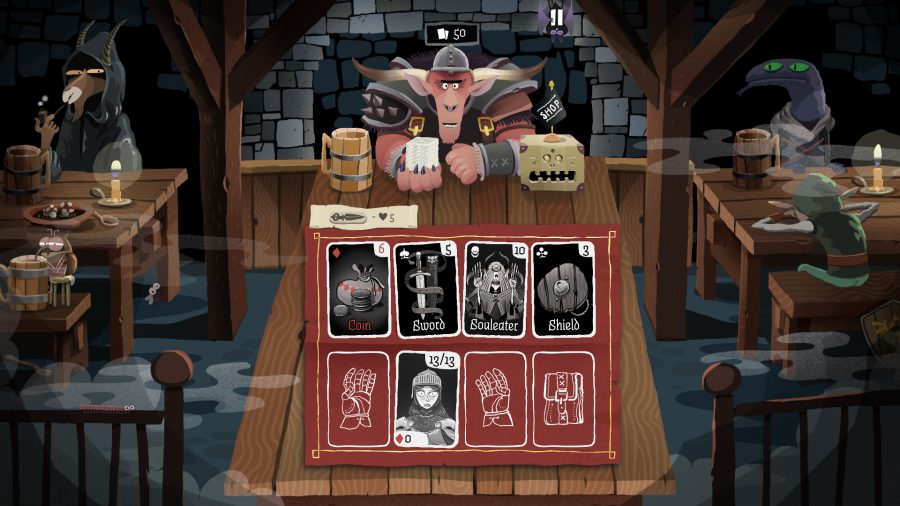 In a similar vein to the above, Card Crawl also adapts solitaire into a dungeon-crawling experience. In each game, you fight your way through a deck of cards, beating monsters using sword, shield, and potion cards, as well as five abilities which you can equip at the start of a run.

Though short and not overly complex, it is an extremely addictive game; using its simple format to great effect. Why run when you can crawl? 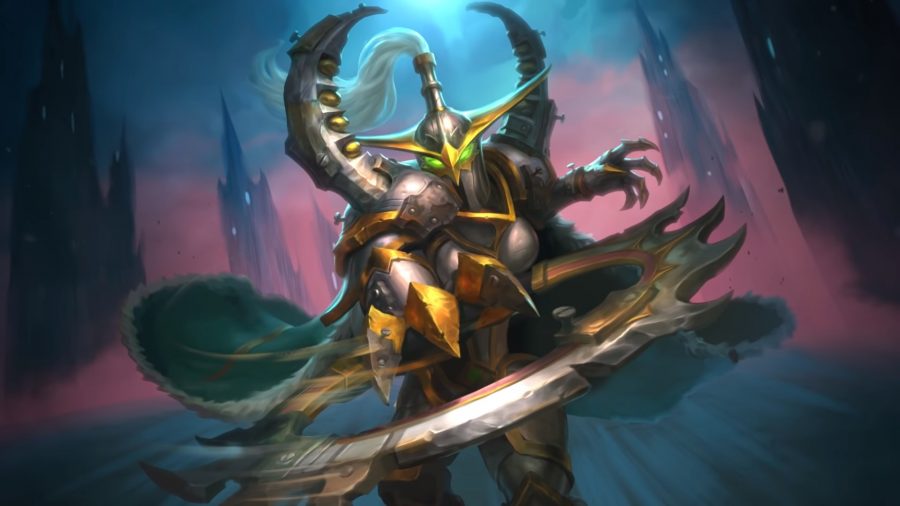 Wait, did he just say Hearthstone? Is he crazy? That’s what I imagine you’re currently thinking, but actually success in Hearthstone’s auto chess inspired mode, Battlegrounds, involves a very similar skill set to Slay the Spire.

Battlegrounds is all about building synergy on the fly, as you swap units in and out during the tavern phase of each round – quite similar to the way you slowly build a deck through trial and error while climbing the Spire. Definitely worth a look if you enjoy that improvised approach to deck building. Be sure to check out our Hearthstone Battlegrounds mobile tips guide if you want an edge! 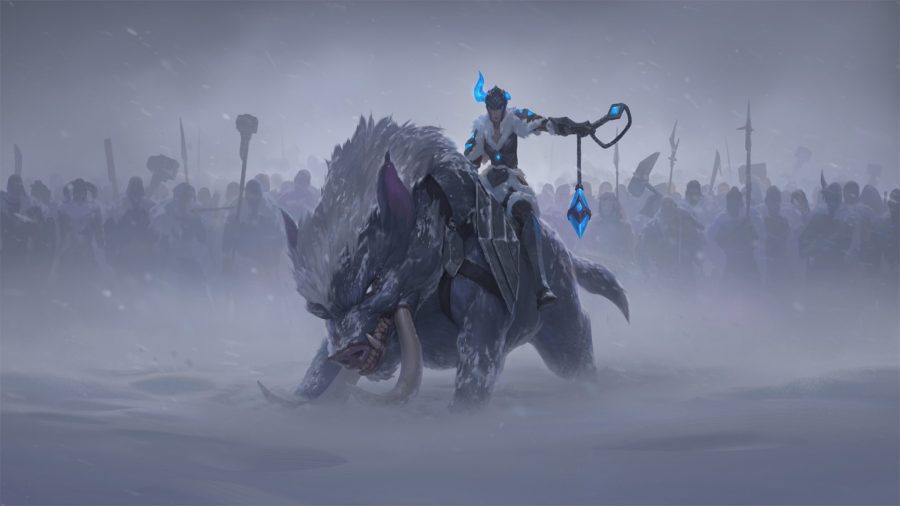 By the same token, Legends of Runeterra‘s Expeditions mode is also quite similar in some ways to Spire. You build a deck by choosing a randomised selection of cards, creating synergy as best you can, but everytime you win a round, you also get to swap some cards for others, or choose even more.

It’s a mode based around the most central pillar of deck building – combining cards effectively – and with Runeterra’s huge selection of Champions, creating those combos and working out a Champion’s base versatility can be a fun little challenge.

And that’s our list of Spire-likes. If you’re in the realm for more deck builders, be sure to see our list of the best mobile card games!