Stella Arcana is a brand new fantasy MMORPG that is full of fun gameplay aspects that allow you to take on tough bosses, compete in PvP battles, tame cute pets, and romance other characters. However, before you can get into all that good stuff you’ll need to choose which of the Stella Arcana classes you want to play as.

As of now, there are five classes to choose from, with a sixth being added soon. You can choose to play as a male or female for each of the Stella Arcana classes, except for Shadow Assassin, who only comes in male. You also have a choice of haircuts, hair colours, outfits, and star sign, all of which really help your character stand out from the rest.

We’ll update this list when any new Stella Arcana classes arrive, so be sure to bookmark this page and check back frequently. If you’re interested in giving Stella Arcana a try, you can grab it on iOS and Android right now.

LRGame has announced that the following Stella Arcana classes will arrive with a future update. We’ll be sure to add them to our list once they land in-game. 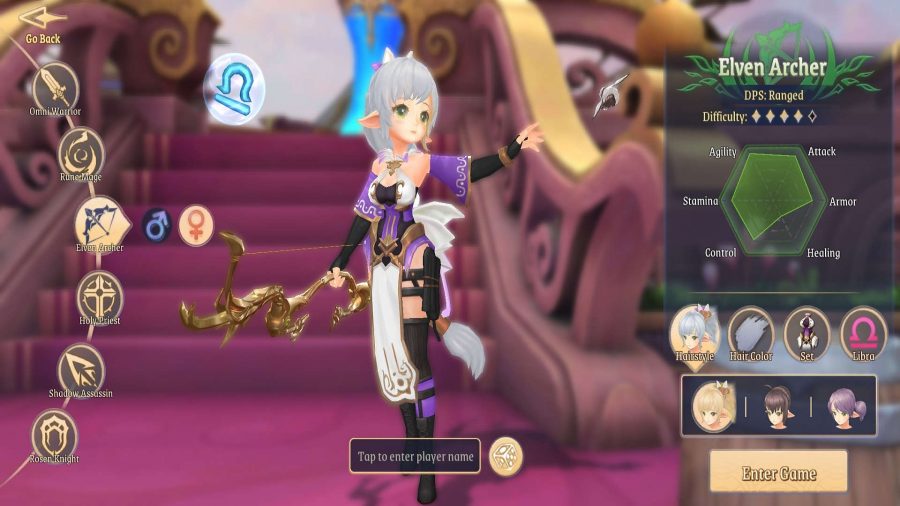 The Elven Archer is a ranged DPS class that has high agility and attack. They have a similar style to the Rune Mage but are a lot more difficult to get the hang of, so we would only recommend the Elven Archer to an experienced player. 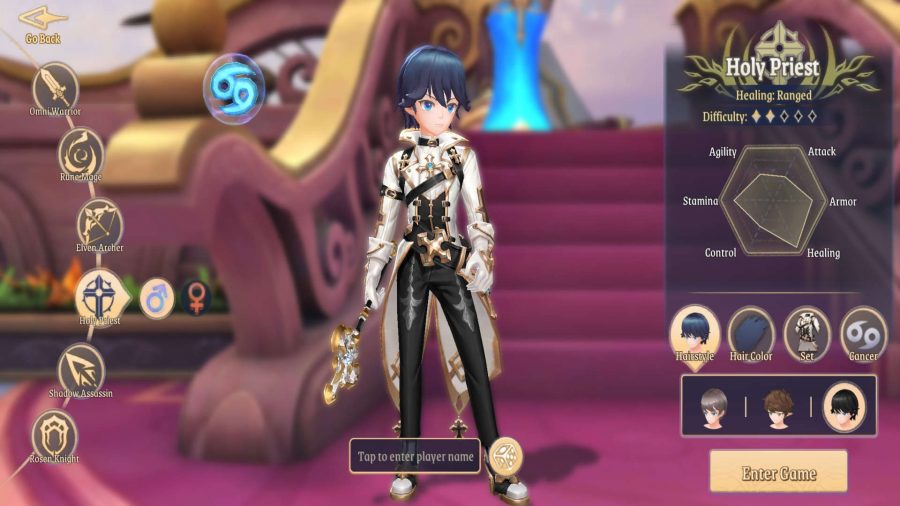 The Holy Priest is the only dedicated healer in Stella Arcana, which of course means they aren’t suitable if you want to deal a lot of damage. They are fairly easy to master and every party needs a healer, so if you choose to play as the Holy Priest, you’ll be an asset to any team. 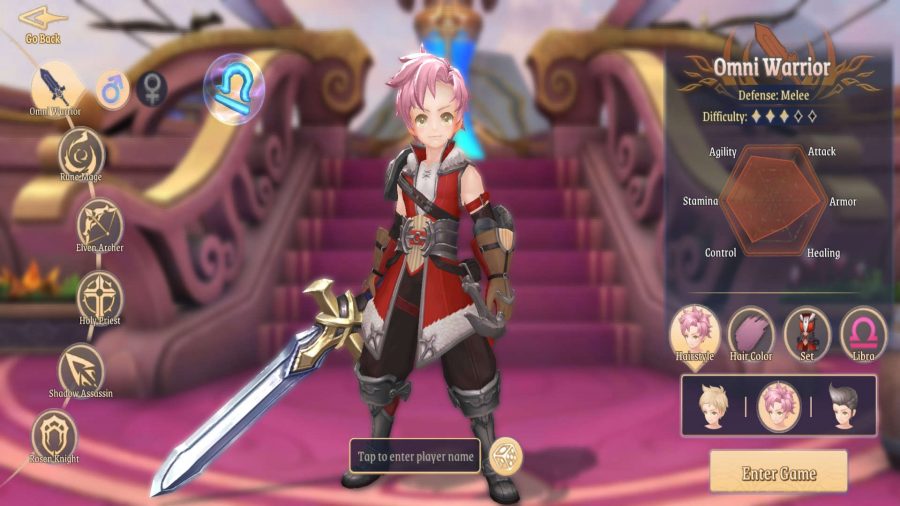 The Omni Warrior specialises in defence and is the only option if you want to tank in Stella Arcana. Despite primarily being a tank, they can do some pretty high damage and aren’t too difficult to learn. They’re a fairly balanced class and allow beginners to learn the ropes without being taken down too fast.

Stumbled upon a map?: Here are all of the Stella Arcana treasure map locations! 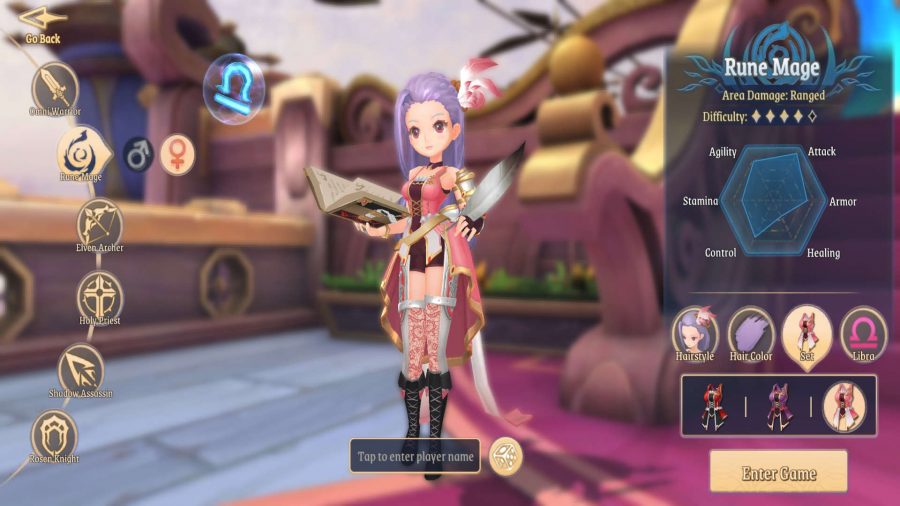 We mentioned the Rune Mage earlier to highlight how easy they are to play as, and we would definitely recommend this Stella Arcana class to new players. The Rune Mage is a ranged spellcaster that can deal great damage over time. Although they lack defence, this isn’t too much of a problem as you can stay safely on the outskirts during battle. 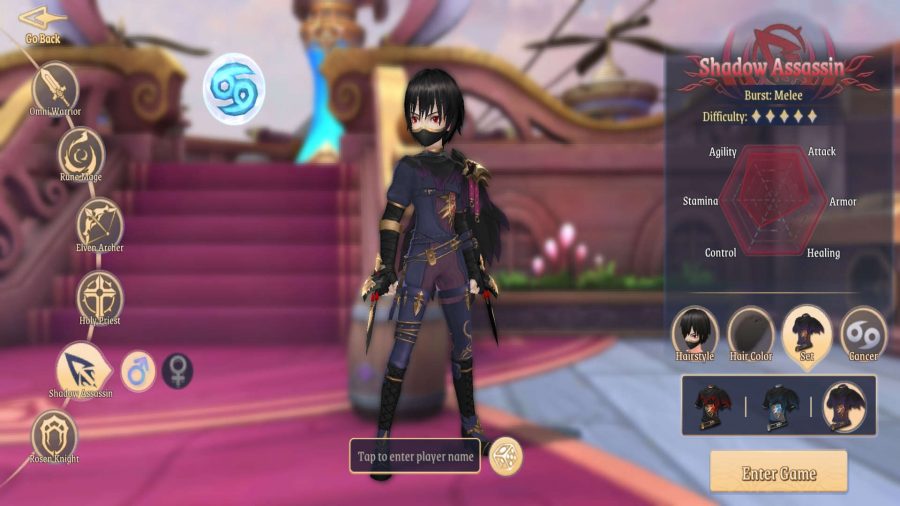 This class is the only one that must be played as a male, though the game has indicated the female variant will be available soon. The Shadow Assassin deals extreme burst damage and has incredible agility, making him a lethal DPS class. They are very difficult to master due to their low defence, so we wouldn’t recommend this class to a beginner, but once you master the Shadow Assassin they are formidable in PvP rounds.