I played the original Stellaris pretty often for a couple of years, before I stopped because I felt updates were changing too many aspects of the game for me to keep up. But the first I heard about Galaxy Command was when the game launched in October last year, to the unfortunate realisation that the game had used art from the Halo games.

Paradox apologised, of course, and it was all more-or-less cleared up. Now, Stellaris: Galaxy Command is back with a vengeance, after running a beta earlier this year. And while Galaxy Command is basically Stellaris on mobile in a lot of ways, I’m not convinced that’s a good thing.

You probably think that sounds crazy – who wouldn’t want Stellaris on mobile? But hear me out. In Stellaris: Galaxy Command, you take on the role of a group of human colonists, re-settling the reaches of space after a catastrophic war with inter-dimensional beings. The game involves building and upgrading your station, exploring space, surveying planets, and also fighting pirates and other players in ship-to-ship combat. 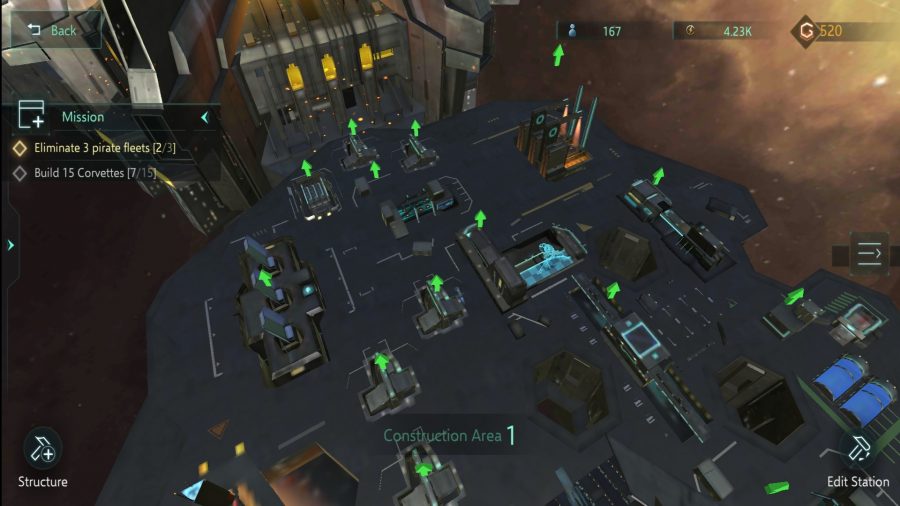 But it’s a far weaker setup than that of the original game, where the context of a cradle race stepping out into the stars is well-established. Playing the initial tutorial for Galaxy Command I just felt like I was being led along in an endless train of upgrading, and rushing upgrade clocks, with no incentive to do any of it.

The primary monetisation of Galaxy Command is GCC, or Galactic Common Credits, a currency that allows you to instantly complete buildings, ships, upgrades, and to purchase ‘speed ups’ in the Discount Shop. There is also a paid subscription offering a variety of benefits. 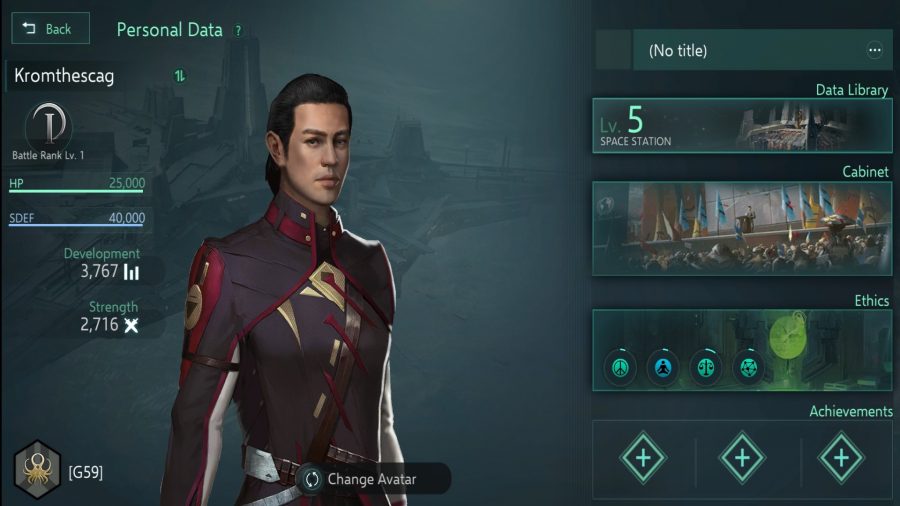 In terms of how Galaxy Command plays in regards to the original Stellaris – it’s close in a fair few regards. You upgrade your station like you would a colonised planet, worrying about power upkeep, and you upgrade buildings with minerals. You also build fleets, and fight other fleets in RTS ship combat, which in many ways feels straight out of the original. You also send out your science ship to do science-y things, and your workshop ship to salvage.

But of course you can’t pause or fast forward anymore – since time is technically monetised – but most of the elements of the original game appear in one way or another. On the whole I do think it’s impressive how much of Stellaris Game Bear Tech manages to cram into Galaxy Command. Then again, that’s the game’s biggest issue. 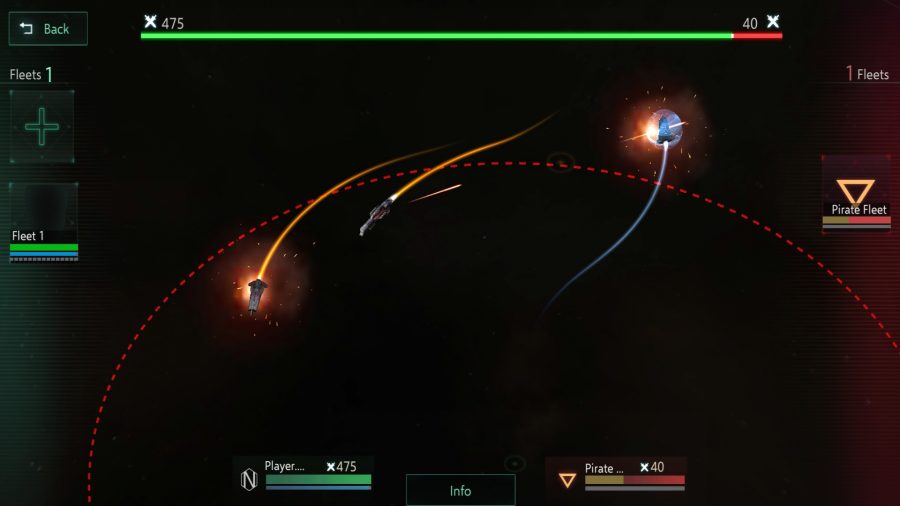 When talking about bringing one of the most complicated sci-fi games ever conceived to mobile, the developer of Eve Echoes reflected on the overall simplicity that is required in such an undertaking. Whether that’s in terms of simplifying the UI, offering advanced tutorials, or just removing extraneous mechanics from the original.

Galaxy Command feels like it tries to cram Stellaris onto mobile wholesale, without any of that important work to simplify, or make the game easy to play. The tutorial is basically non-existent, and when placed alongside a pretty crowded UI at points, I found myself getting overwhelmed just trying to navigate my way around the game. After playing for two hours, I still didn’t really know what I was doing, or why I was doing it.

When you add the unintuitive camera controls that won’t let you zoom out of a system, it honestly becomes a pretty frustrating game to play. Stellaris needed to be simplified to work on mobile, and it doesn’t feel simplified, or streamlined. The sad truth is that Stellaris probably doesn’t belong on this platform – at least, not as it is. If anything, Galaxy Command represented an opportunity to simplify Stellaris, go in a divergent direction, and bring a new audience to the PC game. 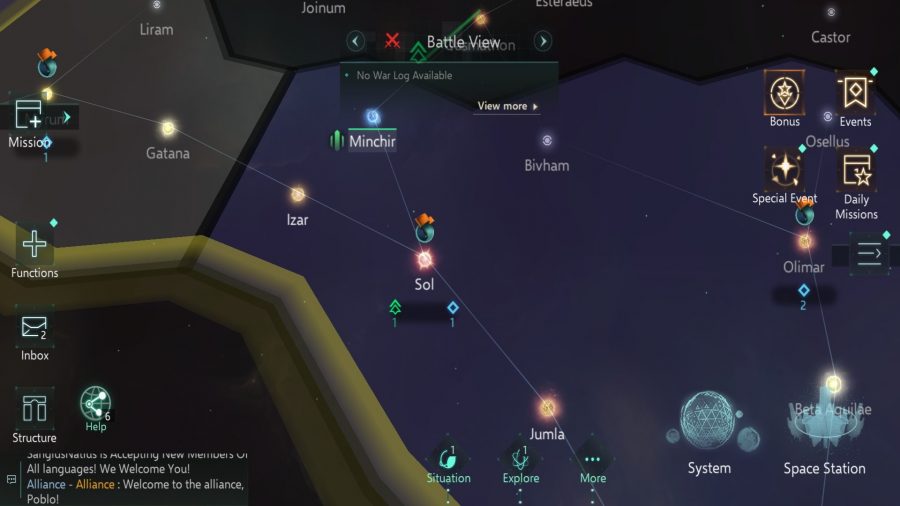 I think if you really love Stellaris, you’ll definitely get a kick out of Galaxy Command, but no more than you would just playing Stellaris on PC. In general, my personal experience with Galaxy Command was marred by an overly crowded UI, some annoying camera controls, and a tutorial and intro which gave little explanation, and no incentive to play the game.

I love Stellaris, but I feel like Galaxy Command is too crowded to really capture the essence of what makes the original so special.

You can download Stellaris: Galaxy Command on Google Play and the App Store.

Galaxy Command is Stellaris on mobile, but that's also its biggest problem