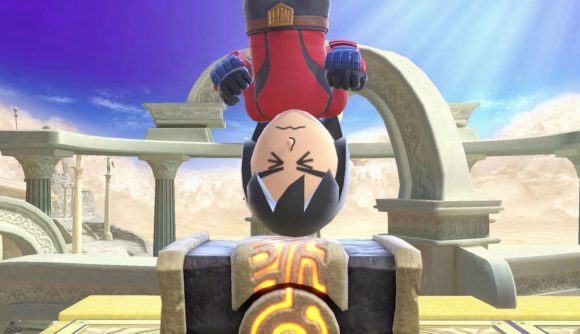 A modder and self-proclaimed Mii expert, Alice, has discovered that custom Mii characters can seemingly be used in The Legend of Zelda: Breath of the Wild as NPCs. In the game files, these Miis are known as UMiis, but, unfortunately, there are some limitations as to which hairstyles and facial features can be transferred over to the game.

Alice went into detail about the Mii limitations, saying “if you tried to load a hairstyle the game doesn’t support, it instead calls a separate file, that essentially converts the unsupported hairstyle into a hair type that is supported and looks the most similar to the unsupported one.” Height and build are also supported in Breath of the Wild but work slightly differently. Alice explains that more testing needs to be done before she can confirm all of the available options.

Fans of both Miis and Breath of the Wild leapt at Alice saying she was open to the idea of bringing custom Miis into the game via commissions, so much so that she had to mute the earlier Twitter thread.

You can take a look at a few of the Mii characters Alice has already injected into Breath of the Wild, such as Barret from Super Smash Bros. Ultimate and Matt from Wii Sports.

Hi, Mii expert here. Turns out, the NPCs in TLoZ:BotW use an advanced version of the Mii format. This means that with modding, you can inject Miis into the game. 🙂

Thinking about opening commissions for Mii injects, both screenshot/images of your Mii and mod downloads! pic.twitter.com/8NfVr4zyqA

If you’re patiently awaiting the release of the upcoming sequel, be sure to take a look at everything we know about BOTW 2. It’s sure to be among the biggest new Switch games – let’s just hope that it’s not too far off.