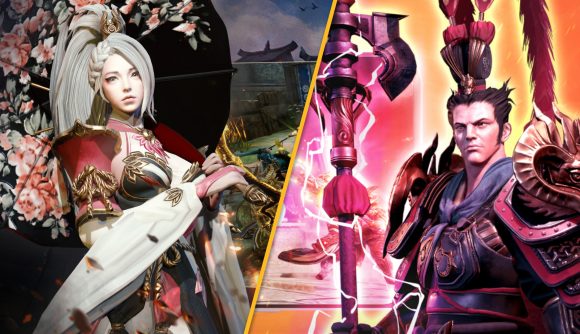 If you’re a fan of war games, we’ve got great news for you – the frenetic mobile RPG, Three Kingdoms: Legends of War, is getting a Western release sometime this year. The developer, Action Square, made a partnership with New York-based publisher Tilting Point to bring the title overseas, so even more of us can get involved in this sword clashing, enemy bashing bonanza. Pre-registration is already open for Android users, which you can check out here.

The Three Kingdoms era is fertile ground for any creatives, but it has been particularly successful in videogames. There are numerous titles, like Romance of the Three Kingdoms or Three Kingdoms: Total War, that have made great use of the time period. But we’ll have to wait for the Three Kingdoms: Legends of War release date to find out if it lives up to these other titles. Hopefully, it won’t be too far off.

There’s a trailer that you can check out below, too. To my eye, it looks like a musou game, but we have to get our hands on it first to see how it actually plays out. If you don’t fancy waiting for your next mobile fix or need something to play in the meantime, check out our list of the best mobile platformers to see what else is out there.

Is there a Three Kingdoms: Legends of War trailer?

There sure is, and you can check it out below.

When is the Three Kingdoms: Legends of War release date?

For now, there’s no firm release date for Three Kingdoms: Legends of War, we just know it’s coming sometime this year. We’ll be sure to update this page as soon as we get any more information.