When I first played Thronebreaker on PC back in 2018, I was immediately struck by how perfectly suited for mobile the game was. Mobile gamers love deck builders, and I’ve often wondered why – is it because the simplicity of the format is so well suited for the platform? Or is it just that holding a mobile in your hands feels the closest to actually touching a deck of cards?

Whether we’re talking Legends of Runeterra, Hearthstone, Gwent, or even Slay the Spire, mobile is the deck builder platform – see our list of the best mobile card games if you don’t believe me. So what happens when you take the card battling of an established deck builder and turn it into an RPG – well… Thronebreaker happens.

Those of you who’ve been with Gwent since the beginning might remember that Thronebreaker began its life as the deck builder’s campaign mode, before it was spun out into its own standalone title as part of The Witcher Tales. Gwent used to have all sorts of short seasonal events, where it would present a narrative scenario by playing with the rules of the card game, and it’s plain to see that influence in this game. What makes Thronebreaker stand out, even among all its other great qualities, is how scenarios are represented through card-based battle.

The game takes place during the second Nilfgaardian war, a period which has never been visited by The Witcher games, and is instead covered by Andrzej Sapkowski’s book series, most notably in Baptism of Fire. In the book, Geralt actually happens across Queen Meve, the main character of Thronebreaker, as she’s fighting her guerrilla war against the Nilgaardians – but it’s never wholly explained how she ended up there.

This is where Thronebreaker takes up the story, and it goes like this. Queen Meve’s kingdoms of Lyria and Rivia are usurped on the eve of Nilfgaard invading the north, so she has to wander the Northern Kingdoms facing all manner of dangers, while trying to rally support to retake what’s rightfully hers. You do this by tapping with your finger, navigating the overworld to find resources, engage in narrative encounters, and just generally travel through the world.

They are incredibly smart, making you think about abilities while synergising cards on the fly to reach a solution

Thronebreaker’s UI is quite small, so can be a little fiddly in this regard, making it difficult to tap-and-collect resources. But it’s worth mentioning that, in general, this is an excellent port. None of the gorgeous visuals have been sacrificed in bringing Thronebreaker to iOS, and in terms of the actual card battles, its easy to drop and drag cards, activate abilities, and generally sort through your hand in-game.

Thronebreaker’s card-based battle system appears when you fight enemies, monsters, or do puzzle battles, and is, effectively, Gwent – though a somewhat aged Gwent in terms of card keywords and abilities. The regular battles follow the Gwent rules of three rounds, ten cards, and who has the most power, wins – but the puzzle battles are far cooler. These encounters have their own set of rules – you’ll have an objective, such as clear all of the corpses from the board, and a specific set of cards to use. 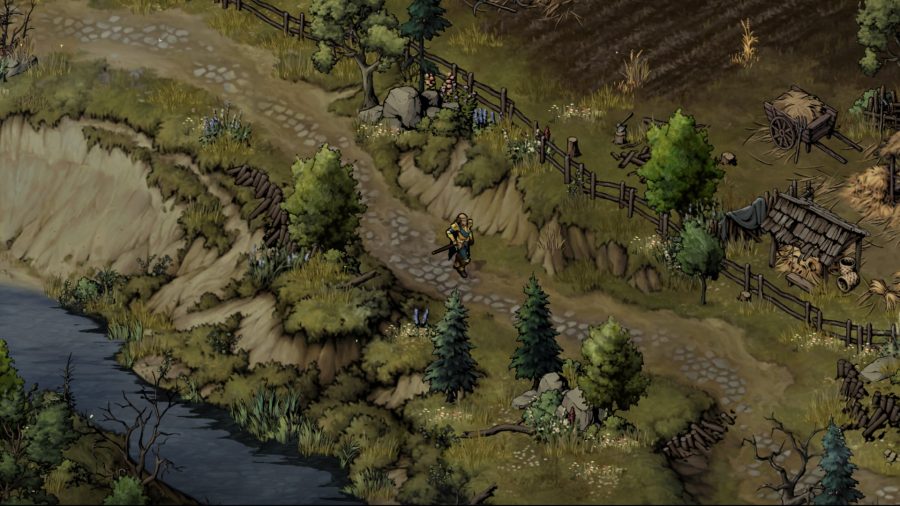 They are incredibly smart, making you think about abilities while synergising cards on the fly to reach a solution. You can also really see the influence of Gwent’s older seasonal narrative events here. The regular battles aren’t especially hard once you get a few trinkets – spells – and hero characters to use, but that’s not unusual when playing against an AI opponent in a deck builder, and doesn’t really affect the quality of the game much.

Thronebreaker is great at creating narrative scenarios in imaginative ways - whether that's fighting a monster so large that parts of its body are represented by different cards, a pit of corpses as cards filling the whole screen, or having to stop someone fleeing by preventing them moving across the board

I can also see a good deal of The Banner Saga in Thronebreaker. The Nilfgaardian invasion has ruined the countryside, and you travel through that burning chaos, trying to make narrative choices, and find safe harbour for your flock. There is also a small element of resource management with Soldiers, which are basically a narrative currency that you spend during events to reach certain outcomes. Finally, there is a Banner Saga-esque camp you can set up, with training battles, character conversations, a deck building tent, and a command tent where you can find lore, and just generally work stuff out if you aren’t a Witcher nerd. 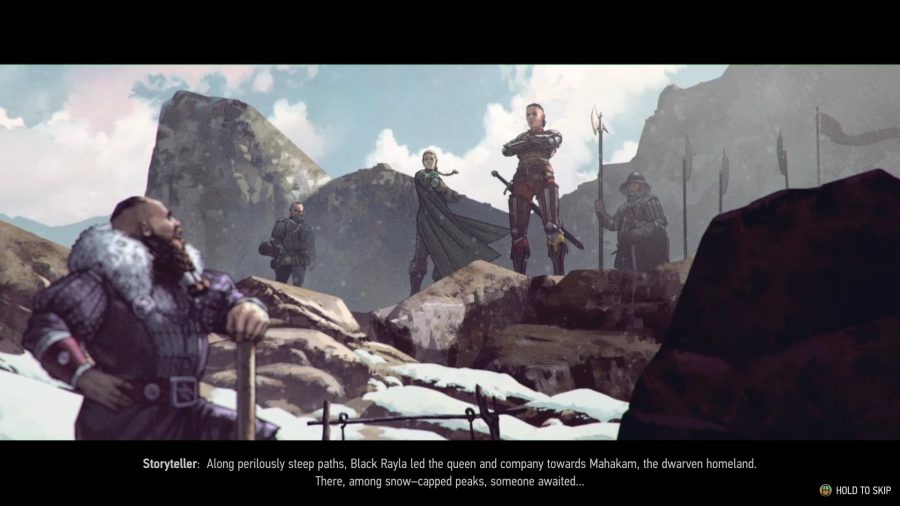 As a Witcher nerd, though, I have to say Thronebreaker does a great job of depicting the same chaos and cruelty that’s present in Baptism of Fire, with plenty of difficult narrative choices for you to make. Thronebreaker also showcases characters and locations that we never saw in The Witcher games, like the Dwarf realm of Mahakam, which as someone who plays an entire Gwent Dwarf deck, I greatly appreciated.

Thronebreaker is a great game, especially for mobile, and despite the fact that the overworld UI is a bit fiddly at times, it still retains that same gorgeous visual style, great voice-acting, captivating story, and killer OST that the original does. My only complaint in regards to the game is that it can occasionally feel a little repetitive, by which, I mean, the pacing is perhaps off. It often feels like you wrack your brain solving one puzzle, only to find another right around the corner – though it’s important to point out those elements are optional. 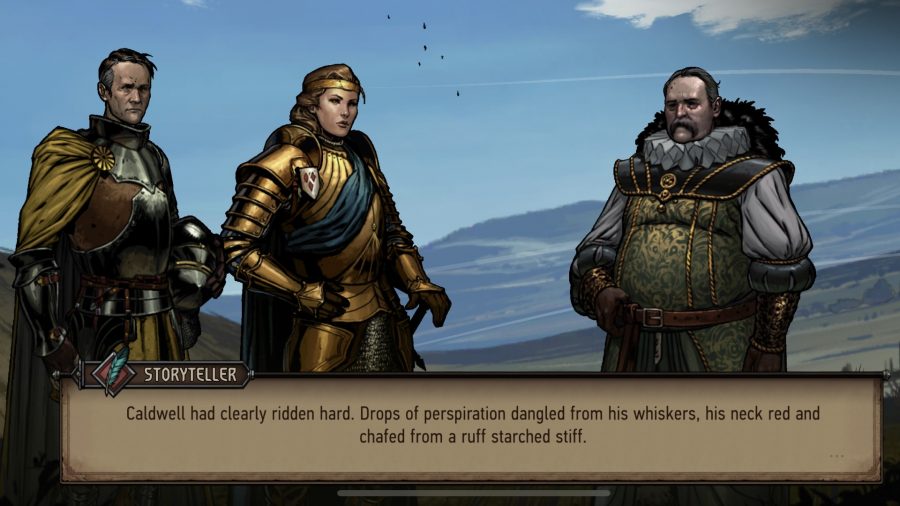 On the whole I think Thronebreaker’s captivating narrative and smart use of Gwent card rules to create puzzles, and represent scenarios, outweighs any minor criticisms I might bring. Fans of Gwent, fans of The Witcher, and fans of The Banner Saga will absolutely get a kick out of Thronebreaker – some of the puzzle battles will even have the deck building pros scratching their heads.

You can find Thronebreaker on the App Store.