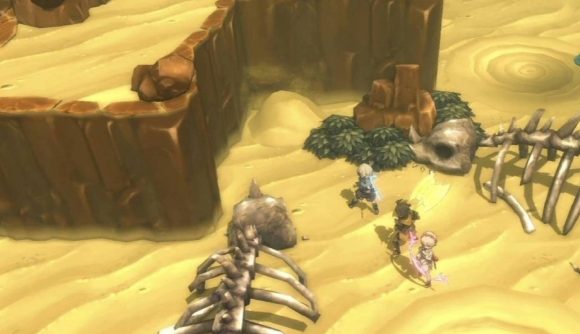 Thanks to gamestalk.net and Stealth on Twitter, it has been revealed that a brand new fantasy RPG called Trinity Trigger is heading to Japan, including a Trinty Trigger release date. Described as a completely new story, about a young man caught up in fate who has to save the world. It features gorgeous and cute visuals that bring to mind classics like Bravely Default and Trials of Mana, which may not be a mistake when looking at the staff credits.

Currently, Trinity Trigger is releasing in Japan on September 15 for PS4, PS5, and Nintendo Switch. There are no current plans for a western release, but we’ll certainly keep our fingers crossed. With any luck, there might be an English language option in the Japanese release, but a full version for western territories would be lovely to see.

Check out the tweet below to see some screenshots from this gorgeous fantasy RPG, and see exactly why we’re hoping we get to see it over here.

The new JRPG from FuRyu is called "Trinity Trigger"

I need this officially confirmed for localization NOW!!! pic.twitter.com/tW8jVlbrtY

When is the Trinity Trigger release date?

It’s coming to Japan on September 15. Unfortunately, we don’t have a western release date just yet, but we’ll update this page when we have more information.

If you’re looking for some lovely looking RPG titles that are definitely out in the west, be sure to have a look at our guide to the best Switch RPGs and level up your collection today.