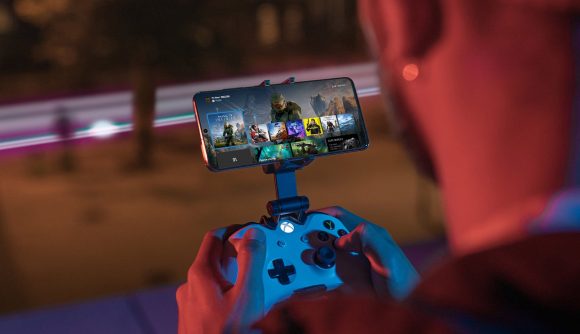 Microsoft has updated the Xbox app to support remote play streaming from an Xbox One console to iOS devices. This update arrives one month before the launch of Microsoft’s next generation consoles, which also boast remote play capabilities. The Xbox app on Android received a similar update last month enabling remote play functionality, though this also included support for xCloud.

Apple’s strict guidelines for the App Store has made it difficult for Microsoft to bring its xCloud streaming functionality over to iOS. Luna, Amazon’s cloud gaming service has managed to bypass these guidelines by using a web-based platform rather than an app. In order to combat this, Microsoft has reportedly started working on a web-based solution to give iOS users access to xCloud streaming.

Remote play allows Xbox users to stream directly from their own consoles, essentially turning the device they are streaming from into a portable TV. This feature is not exclusive to streaming within your home, you can also stream from your home console over the internet while outside. Apple’s latest iPhones include 5G support – this should make streaming over the internet considerably smoother due to the increased data transfer speed.

One of the strange limitations of the Xbox app for both Android and iOS devices is that previous generation titles cannot be streamed. Despite Microsoft’s efforts to highlight backwards compatibility across every generation of Xbox, only Xbox One and Series X/S games are supported on the app.

It's official. The new Xbox App is ready for download.

You can tell it's official because we are tweeting about it: https://t.co/cB1BUaWvVv pic.twitter.com/JoFAUvDJVp

To get started on your remote play journey, you’ll need a compatible controller. While you can use a modern Xbox One controller, we’d highly recommend the Razer Kishi. Glen reviewed the Kishi earlier this year, stating “The Razer Kishi is absolutely the best and most comfortable mobile gaming controller around.” Head on over to the App Store to download the new iOS Xbox app.

Make sure you head over to The Loadout to learn all about the best Xbox Series X games to play in 2021.