It’s time for tournaments in Yu-Gi-Oh! Master Duel! But, instead of regular competitions with any old deck, Konami has opted to limit their contests by card type to challenge its player base. So, if you want to be the king, or queen, of games across all formats, you’ll need to know the ins and outs of each new tournament’s rules.

Fortunately, with our Yu-Gi-Oh! Master Duel XYZ deck guide, you can get ahead of the curve for XYZ format tournaments. In this limited competition, you can only use XYZ cards in your extra deck, and even some main deck staples will face a ban to emphasise unusual combos, and XYZ power plays. Apologies, Exodia players.

If you’re just getting started in Konami’s duelling sim, be sure to check out our Yu-Gi-Oh! Master Duel guide for all the tips and tricks you need before jumping in the deep end. Or, if you’re not feeling the challenge of a limited tournament, why not check out our Magic: The Gathering codes and transfer your card skills over to another game.

All link, fusion, and synchro cards are out of action for each XYZ only tournament. But, surprisingly, a few XYZ cards are also on the list, including the most powerful from the Zoodiac archetype, Number 16: Shock Master, and more.

The Xyz Festival is NOW AVAILABLE to play in #YuGiOhMASTERDUEL! https://t.co/ubtYtuChsl

Two of the top cards in the current wider format that won’t appear in the XYZ festival are Eldlich, the Golden Lord and Herald of Ultimateness. These powerful assets would usually be allowed in such a format, as they’re not in the extra deck, but it seems Konami want to limit the meta by excluding them, to the relief of many.

You can find a complete list of all the cards banned for XYZ tournaments by going to the duel menu and selecting the event duel option on the right-hand side of the screen. From there, go to event info, and you’ll find all the tournament rules, as well as a link for the banlist. Just brace yourself, it’s a long one.

With the massive changes made to the meta by the updated banlist, many rogue decks have entered the fold as challengers. While this means you won’t be seeing quite as many five-minute Dryton combos, you need to get to grips with what new meta threats might emerge for this format.

As ever, some deck staples are applicable across each archetype. Ash Blossom & Joyous Spring and Maxx “C” still dominate most decklists, so it’s best to still include 2-3 copies of each in your builds. For XYZ events, in particular, Divine Arsenal AA-ZEUS – Sky Thunder is a must, and is well worth the 30 ultra rare gems needed to add it to your roster, due to its quickplay effect and formidable ATK points.

With that said, these are our top five picks for the best Yu-Gi-Oh! Master Duel XYZ decks. 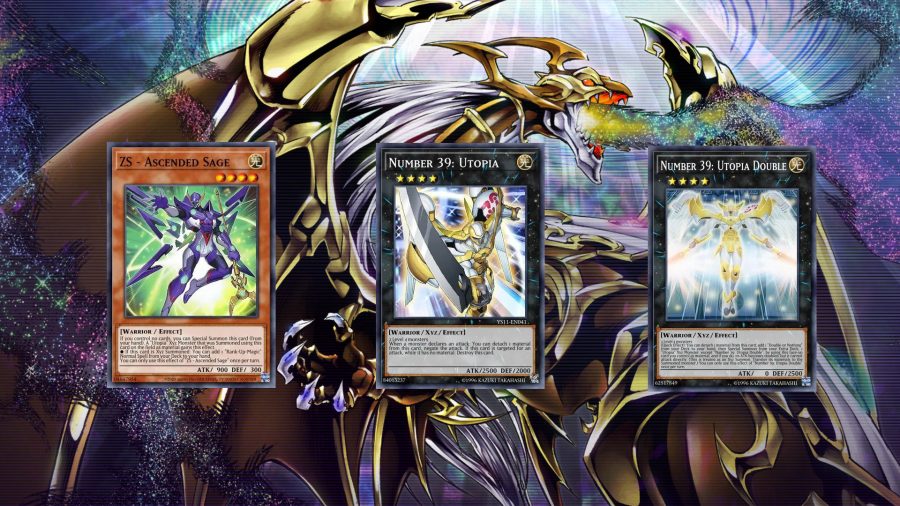 If you’re looking to go down the all-out-power route, you can’t go wrong with a Utopia deck. ZS – Ascended Sage and ZS – Armed Sage are Utopia staples, providing an easy first turn XYZ summon for Number 39: Utopia, who in turn can quickly elevate into a more powerful XYZ monster. Add in a Number 39: Utopia Double combo with Double or Nothing! and you’ve got a deck sure to earn you a few medals.

For something toad-ally different, a frog/toad deck is as much fun as it is surprisingly devastating. With Toadally Awesome able to spawn other frogs, and, more importantly, capable of negating opponents effects, and Number 96: Dark Mist locking your opponent out of attacks, you can quickly gain board control without sacrificing too many resources. 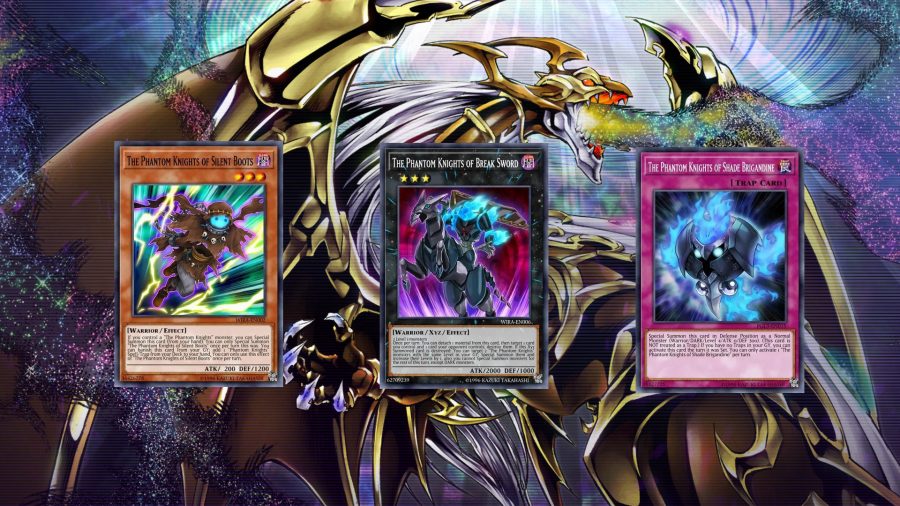 A sweet deck that leaves your opponent with a bitter taste, Madolche’s are one of the archetypes to benefit most from the XYZ festival limitations. Madolche Petingcessoeur and Madolche Salon are outstanding engines for summoning Queen Tiraramisu, or Teacher Glassoufle, and can get you a broad advantage in no time at all. Not only that, but the Madolche gimmick is all about recycling, so your opponent has even less control of your resources. 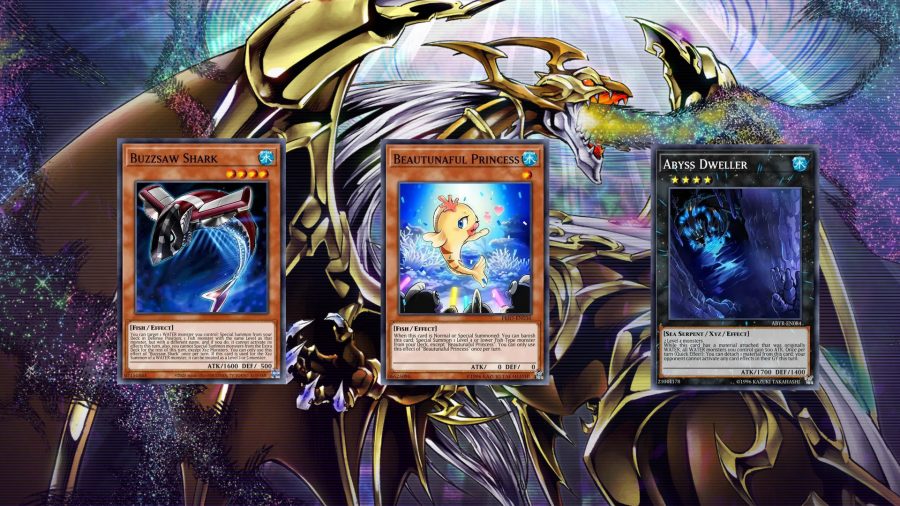 If you want to escape the clutches of an archetype specific set, a Water deck is a favourable option for XYZ limited tournaments. Abyss Dweller is a beast when it comes to locking opponents out of their graveyard, and you can hastily summon it by using a combination of Beautunaful Princess and Buzzsaw Shark. Right-Hand Shark is another must-have, as any monster it XYZ summons cannot be destroyed by battle.

If you’re low on XYZ monsters, or don’t have the time to make a competitive deck, you can use one of the three loaner decks to get you into the tournament. Just keep in mind that these decks earn half the medals of original decks, so you won’t stock up on rewards as quickly when using one.

Light’s Simulacrum is more than a decent deck for this format, with reliable engines in Cipher Mirror Knight, Cipher Wing, and Cipher Twin Raptor. You can use the special summoning prowess of these cards to bring forth the deck’s boss monsters, Galaxy-Eyes Cipher Dragon and Neo Galaxy-Eyes Cipher Dragon. Out of the three, it’s the hardest-hitting, but lacks some of the summoning fluidity of Raptor Evolution. 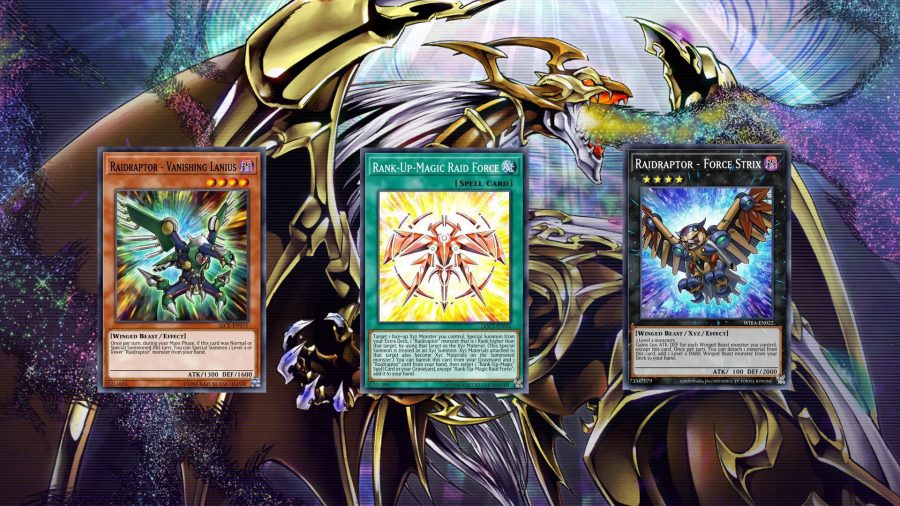 Raptor Evolution is the best of the loaner decks, with reliable negates, spell and trap support, and easy access to XYZ boss monsters. It does slightly lack in the firepower department compared to Light’s Simulacrum, but it can easily take down high ATK decks with various destruction effects. Raidraptor – Blaze Falcon is particularly potent in this format, with an outcome that can wipe out all XYZ monsters on your opponent’s side of the field.

The weakest of the Yu-Gi-Oh! Master Duel XYZ loaner decks, Dark Fangs of Rebellion just isn’t worth playing. There isn’t a reliable engine for special summoning in the deck, and combos can only really start when you’ve got XYZ monster on the field, which isn’t easy with limited resources.

Now you know the essentials, it’s time to go out and deck-build before taking on a Yu-Gi-Oh! Master Duel XYZ festival challenge. If you still need specific cards, and don’t have the gems to generate them, be sure to check out our Yu-Gi-Oh! Master Duel secret packs list to find what’s missing from your collection.