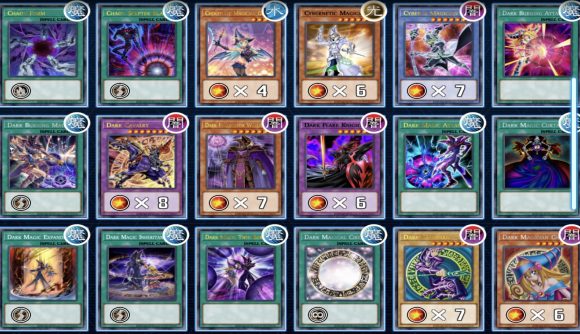 Konami has today released a companion app for Yu-Gi-Oh, the popular tabletop card game. Yu-Gi-Oh! Neuron is built around enhancing the dueling experience for Yu-Gi-Oh players, by offering a space for deck management, a card database, and even a way to perform those pesky coin tosses and dice rolls – because who has the energy for all the throwing?

Neuron also has some slightly fancier AR features, including the ability to save entire decks, then instantly jump to them using your device camera – pretty snazzy, huh? You can also search the database manually though, using a card name or card text. All in all, it’s a veritable Swiss army knife of duelist tools, and should help make even the most humble of card battlers into a dueling master.

For those who don’t know, Yu-Gi-Oh, the popular manga, first emerged in 1996 and since then the card game and its source material have been beloved by many a deck building fan. We mainly remember Yugi shouting “It’s time to du-du-du-du-du-duel!” and that the card game itself was fairly complex. So it’s lucky we have the app now!

For any looking to get into Yu-Gi-Oh on mobile, Duel Links released four years ago, and is still pretty popular:

If you’re a good ol’ fashioned analog player instead, you can also find the Yu-Gi-Oh Neuron companion on Google Play and the App Store too.

If you want some other great deck based choices instead, be sure to see our best mobile card games list. For those of the roguelike deck building persuasion, we also have a wonderful guide of games like Slay the Spire on mobile!