Angry Birds is no stranger to the world of mobile gaming. Launched in 2009, the franchise from developer Rovio Entertainment knows no bounds with multiple games, movies, and cartoons all now a part of the Angry Birds franchise. But, let’s just say for a moment that you’re yet to enjoy the original Angry Birds game or any of the other titles that followed.

Well, our Angry Birds download guide for Switch, Android, and iOS is ready to make sure you’re in the know on how to download and play the games right now. As mentioned, the casual puzzler is much more than just the one game that went viral back in 2009. Angry Birds introduced players to the concept of choosing your birds, each with their own unique abilities, and destroying structures to ultimately take down the pigs and save their eggs.

From that one game came many more, from competitive bubble-popper, Angry Birds Dream Blast to 3D RPG, Angry Birds Evolution to name but a few. Thankfully, we’ve got the whole list right here. The fun doesn’t have to end there though. If you’re in the market for some new games, we’ve put together guides to the best Android games, best Switch games, and the best iPhone games all for your viewing, and playing, pleasure.

Unfortunately, there’s currently no official port for Angry Birds on Nintendo Switch. While the original trilogy is available on the Nintendo 3DS and 2DS, Rovio hasn’t announced any plans to bring the puzzler or any of its offspring to the Switch. The Angry Birds have made their way onto Minecraft on Switch though with a DLC released in 2022. 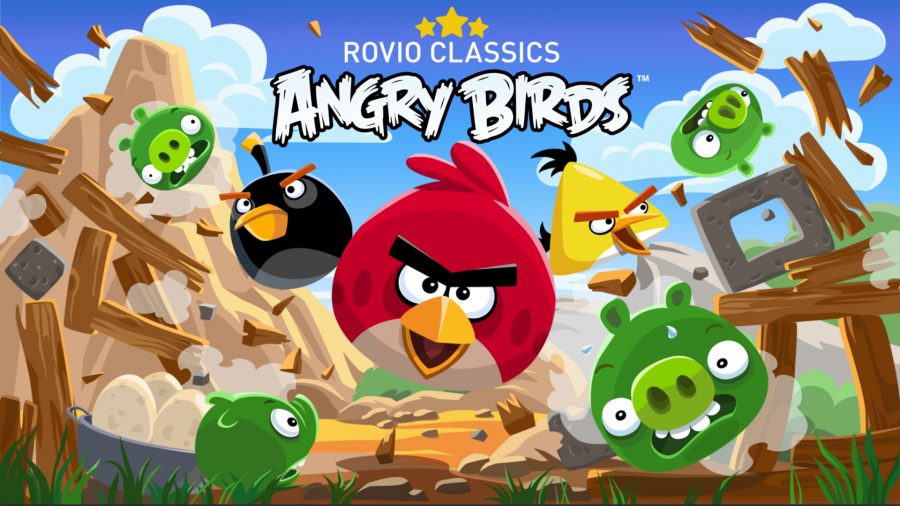 How do I download Angry Birds on iOS and Android?

Despite its absence from the Switch, you can most certainly download and play Angry Birds on Android and iOS, as mobile is the franchise’s first true home. Rovio rebuilt the original game with a Unity engine in 2022 to make sure it’s fully compatible with new devices, titled Rovio Classics: Angry Birds. For $0.99/£0.89, you can download it from the iOS App Store and Android Google Play Store with no in-app purchases.

Additionally, you can download the other games in the Angry Birds franchise for free below. Simply click on the links depending on your mobile software to download the games (with in-app purchases available).

Once you’re all Angry Bird-ed out, we’ve plenty more challenging games to share with our best Switch puzzle games and best mobile puzzle games all collated together in our comprehensive guides.