While Fortnite wasn’t the very first, its explosive popularity brought the battle royale genre into the homes of millions and completely reshaped the gaming industry for good. It feels like almost any new shooter has the mode included now, and we’re not complaining.

This has led to so many options to choose from, so if you’re tired of Jonesy and Agent Peely, you actually have some choice for the best Switch battle royale games to play. Nintendo itself has got in on the action, giving an interesting twist to some arcade classics! There’s a reason the battle royale genre is successful, it’s a really compelling way to play games with pals.

So, let us tell you the best places to drop in, the greatest games to play duos with pals, and every battle bus that’s worth the price of admission. With so many battle royale games, you’re spoilt for choice, so save some time with our guide to the best Switch battle royale games.

Here is our guide to the best Switch battle royale games. 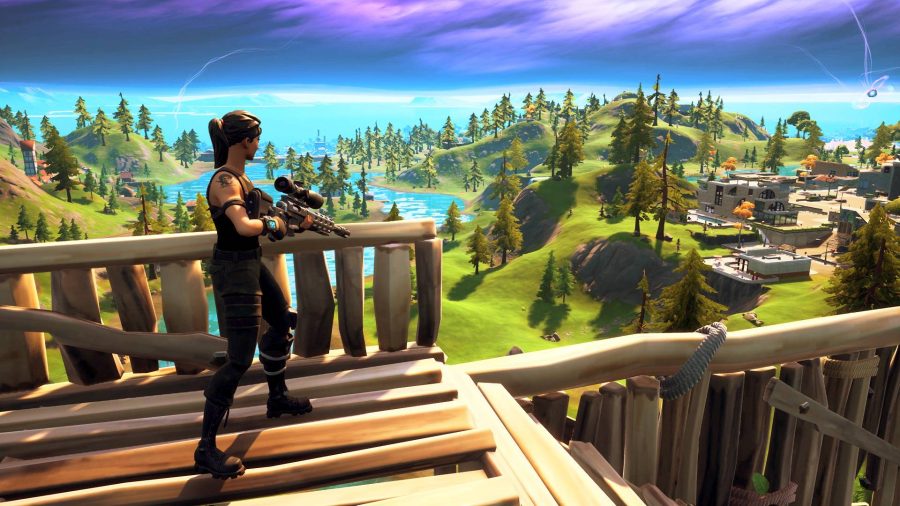 Obviously. Fortnite is arguably the biggest game on the planet, and is currently collecting guest characters like Infinity Stones while it tries to conquer every IP in the universe. It’s also a battle royale behemoth for very good reason, it’s a really fun game. You can play with pals in duos and squads, or go it alone in solos, there are heaps of modes to suit every playstyle.

There are also a lot of things to unlock, whether you want to spend any money or not. Obviously, if you want to run around as Master Chief, it’s going to cost you a bit, but the normal character design and items are still really fun to unlock. Fortnite also constantly changes, and is available to play on mobile and consoles with cross-play. So, basically, there’s a treasure trove of content and you can play it almost anywhere. Fortnite is the king for a reason, and luckily it’s also a really fun game.

Get even more out of Fortnite with our guide to the best Fortnite creative mode codes. 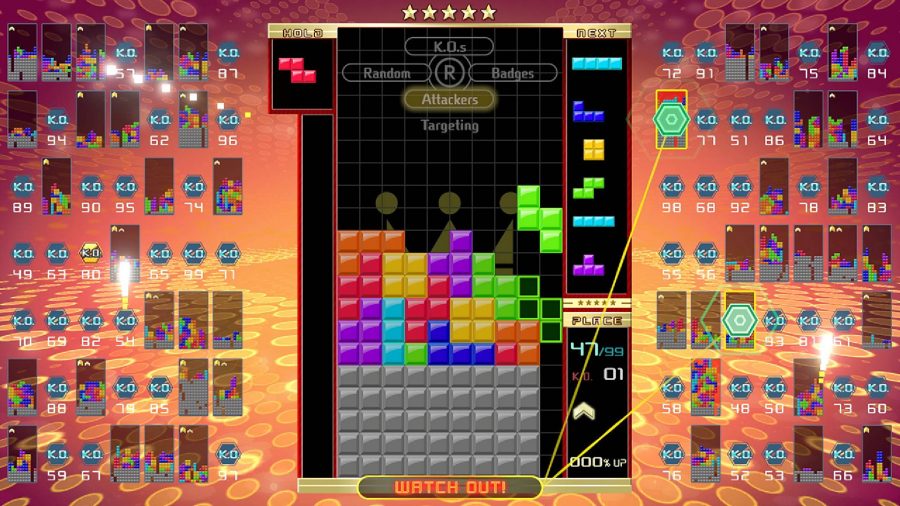 Tetris is older than me. It’s one of the original fads, you could call it the Pokémon Go of the early 90s. So it’s absolutely incredible to still be playing it today, but also for it to still be such a damn good game. Tetris 99 takes that classic gameplay and gives it an injection of adrenaline thanks to the creeping dread of 98 other players.

You battle to manage your own Tetris board, sending junk to all other players, while avoiding theirs, and battling the increasing speed as every other player drops out. It’s Tetris as you know it, but with extra energy and a huge amount of unlockable skins to keep even ancient players like me coming back for more. 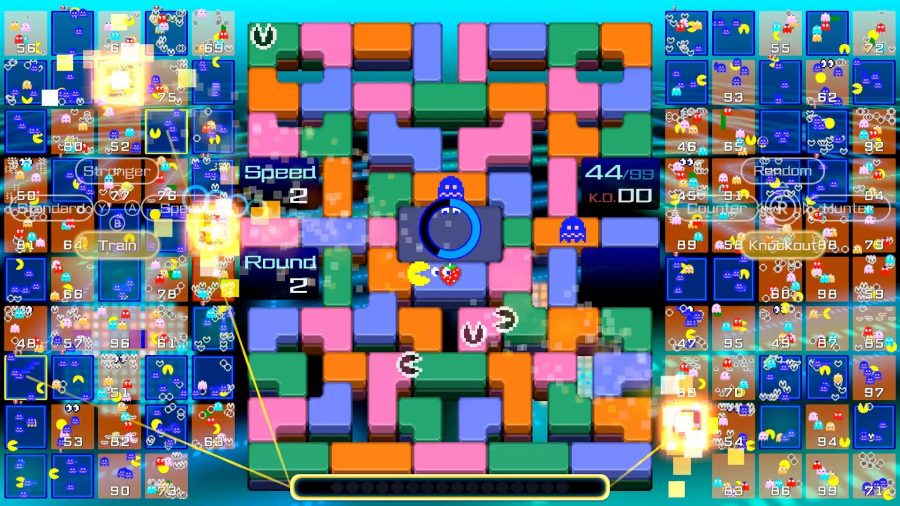 What I just said, but replace Tetris with Pac-man. Do you need more? Alright fine. Pac-man 99 similarly invigorates the arcade classic by adding in some battle royale elements as you wrestle 98 other players to be the ultimate Pac-player. Just like Tetris, there’s a ton of stuff to unlock to help personalise your experience, including some really cool homages to classic Namco titles that you’ll be happy to see.

I might even argue that the gameplay of Pac-Man is slightly better than Tetris, though that’s completely subjective. Either way, getting not just one, but two different classics that are given these exciting new versions is a blessing, and we hope they won’t be the last. 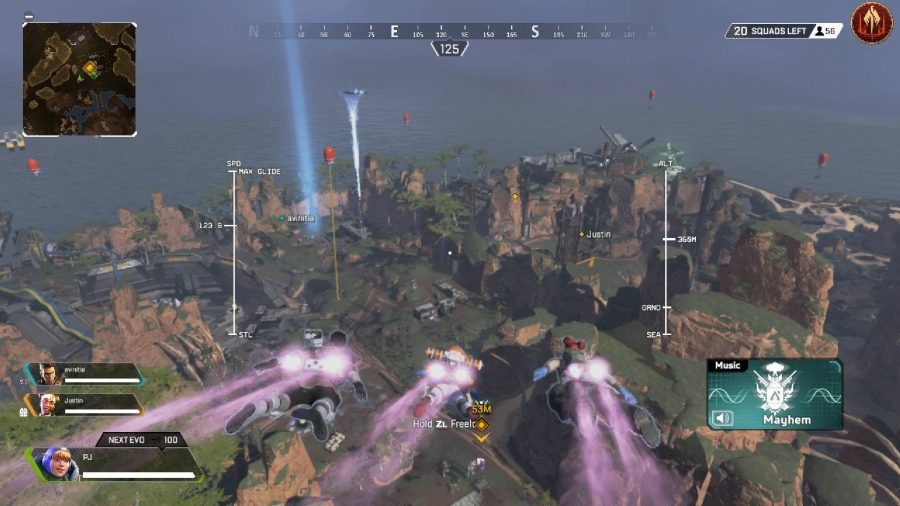 Combining the other cultural zeitgeist – the hero shooter – with a battle royale, Apex Legends sets itself apart thanks to its great characters and the variety they bring to gameplay. You’re still dropping into a large map, working to be the last surviving player with a small team, but choosing your hero has huge consequences, and each has strengths and weaknesses that are essential to learn.

Alongside a steady stream of new characters, content, and the occasional changes to the map, Apex has a huge wealth of unlockable customisation options, including skins for each playable hero. It could run slightly better on Switch, but it’s still here in all of it’s glory and added motion controls are pretty cool. If you’ve got nowhere else to play it, this is definitely worth your time.

If you do jump into Apex Legends, be sure to use our Apex Legends character list to get to know your heros before you battle. 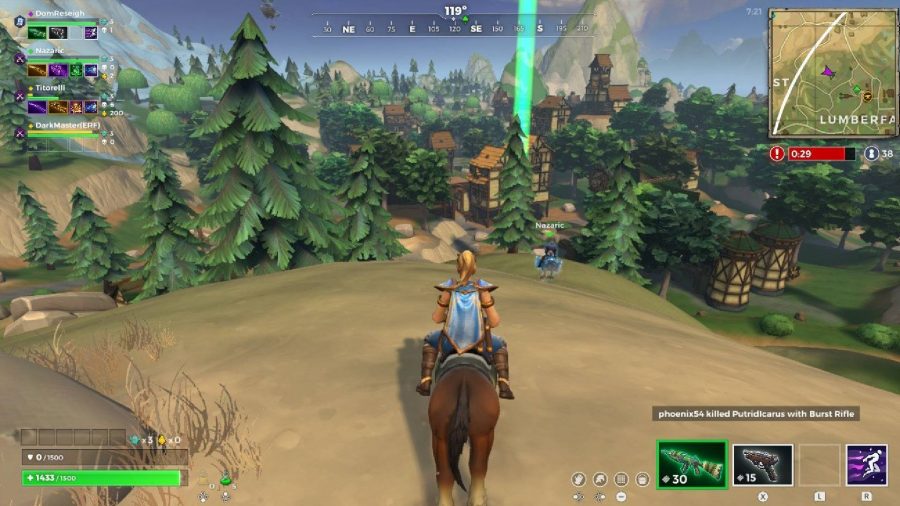 This cartoonish shooter takes some familiar elements from fantasy games and throws them into the battle royale blender, for a pretty solid switch experience. Choose your characters based on different classes and rush across the map on horseback, all while wielding awesome abilities and forging powerful fantasy weapons. It’s a creative spin on familiar territory, and the Switch version runs pretty great as well. 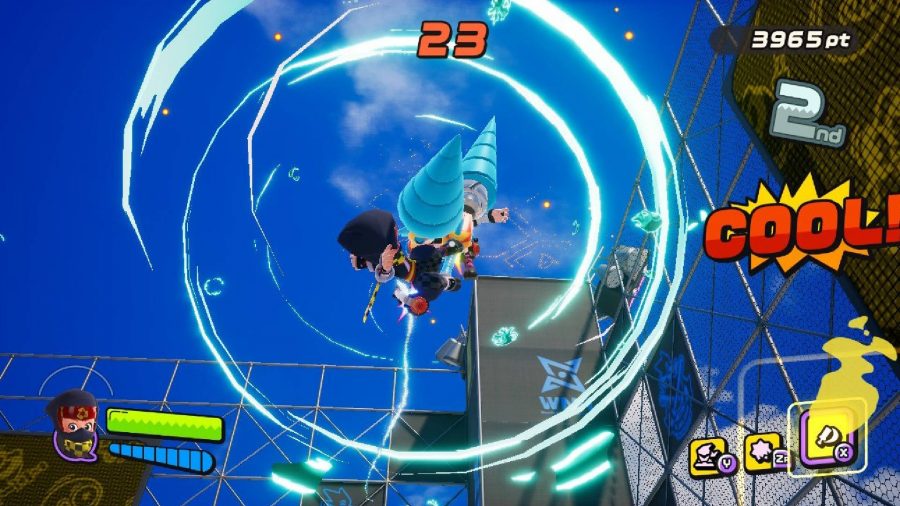 Taking a leaf out of Splatoon’s book, Ninjala is a colourful, stylish shooter just overflowing with exuberant energy. It’s possibly stretching the definition of battle royale a bit thin, as up to eight players battle it out in ninja-inspired gameplay, while also mastering new elements like Ninja-gum and scrambling over the suburban maps.

Ninjala also has really cool crossover events with both Monster Hunter and Sonic The Hedgehog, so alongside plenty of fashionable outfits to unlock, you can even play Ninja while dressed as Knuckles the Echidna. And as another free-to-start game, there’s no reason not to try it out.

Hopefully, that’s all the battle royale goodness you could possibly need, but if you still have itchy trigger-fingers, you can check out our guide to the best Switch FPS games next.