Blue Archive came out in Japan in early 2021, and after great success made its way to global release. Now, players everywhere are stepping into the shoes of the sensei, guiding teams of cute but deadly school girls through the trials of modern life – and combat. Of course, it’s always a case of the more the merrier, but if you want to snag your favourite students, you’ll need to get to grips with Blue Archive banners.

As with other gacha games, Blue Archive features different banners, which can offer higher rates for getting a specific, high-tier student, or even the opportunity to recruit special, limited characters. In our Blue Archive banner guide, we’ll tell you everything we know about the current and upcoming banners, pull rates, and what happens if you get duplicates. We’ve also included a list of previous banners from the Japanese version and a Blue Archive banner schedule, so you can get an idea of what to expect in the future.

Head over to our Blue Archive tier list to see which characters you should be prioritising, Blue Archive crafting to get the swing of making the best gifts and furniture, and our Blue Archive codes list to snag some great freebies. We also have a list of the best gacha games if you’re looking for something new to play.

Blue Archive has a gacha system called ‘pick-up recruitment’, which allows you to spend your valuable pyroxenes on new students to add to your party. You can either use 120 pyroxenes to do a single pull, or 1,200 pyroxenes to do ten pulls at the same time.

Students range from one-star quality (lowest) to three-star quality (highest), and for every ten summons, you’re guaranteed to obtain at least one two-star student. There’s also a Blue Archive banner pity system, which gives you recruit points for each student you pull. If you spend 24,000 pyroxenes (200 pulls) on a banner, you’ll receive a three-star student of your choice. These points don’t carry over to the next banner, though, and any that are left unused are converted into craft materials when the event banner ends. 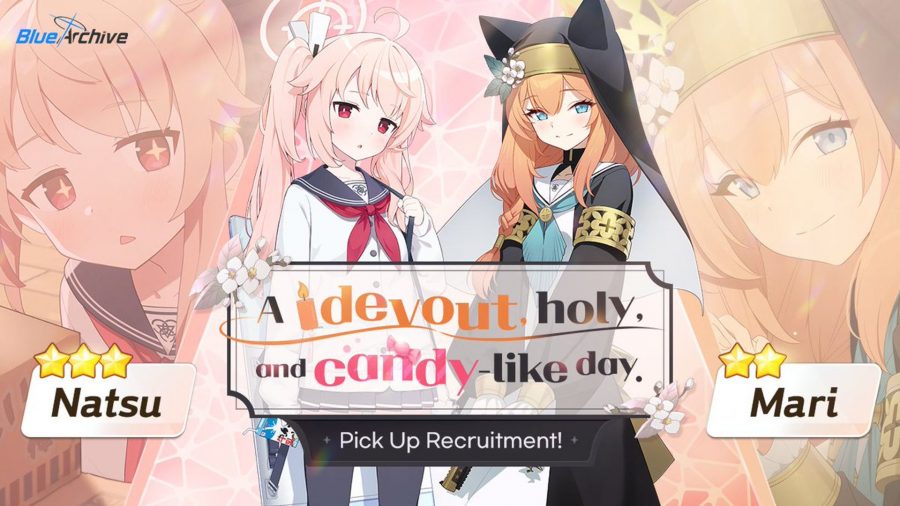 There is currently one Blue Archive pick up recruitment banner running. It features two characters – Natsu and Mari.

However, when pulling from Blue Archive banners, the rates are different. Certain banners offer a rate-up for pulls of specific students. At the moment, we aren’t entirely sure of the banner rates in the global release, as it appears they differ from the Japanese rates, but we’ll be sure to update this guide when we find out. 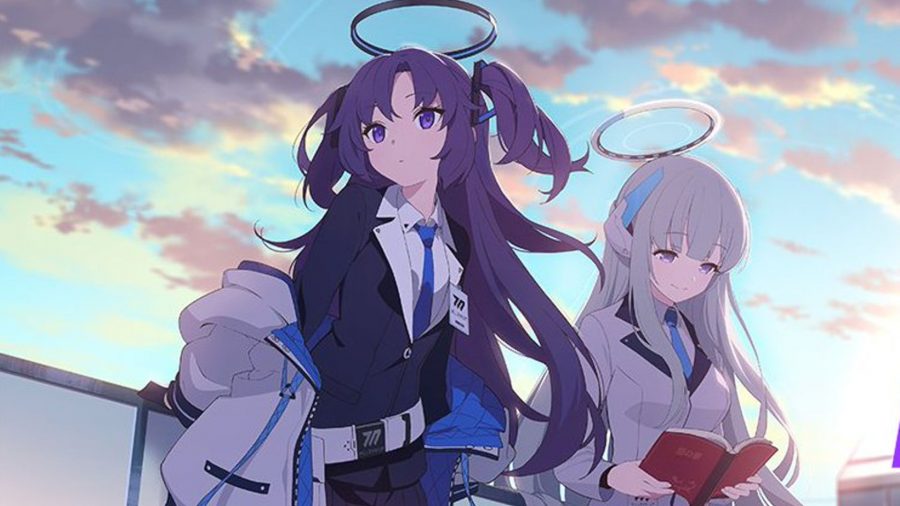 What types of Blue Archive banners are there?

There are two different types of event banners in Blue Archive. Banners feature selected students, which are either limited or unlimited.

If two limited banners run alongside each other, they‘ll also share some perks (unless otherwise stated):

A new Blue Archive banner drops every two weeks on a Tuesday after maintenance. We always update this guide the day before, so make sure to check back here to see who’s available in the next pick-up recruitment.

We also keep track of the Blue Archive JP banners below. While the global release banners don’t perfectly align with the JP Pick-Up Recruitments, we often see the characters making their way over sooner or later. So never fear, you should get the chance to pull on all your favourite waifus at some point! 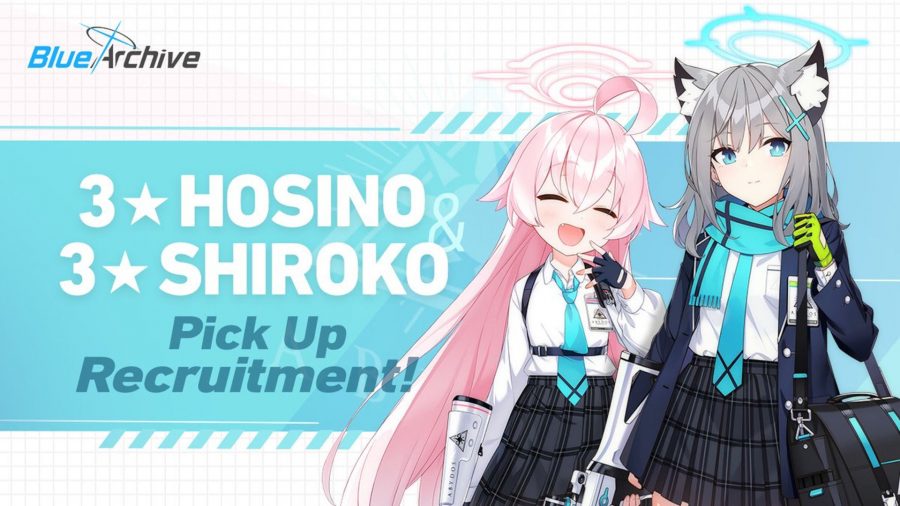 These are the banners, or ‘pick-up recruitments’, that have been and gone in the Global Version. Keep your eyes peeled, as they may come back around in the future.

These are all of the previous banners that have come to the Japanese version of Blue Archive.

And that’s it for our Blue Archive banner guide for now. While you’re here, check out our list of the best mobile games in 2021 to seek out your next adventure.