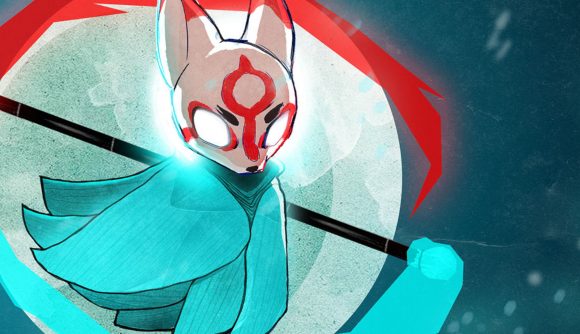 We love a good Metroidvania, and we love a bit of Japanese folklore, so imagine our excitement at the news of Bo (or Bō: Path of the Teal Lotus to be precise), a recently announced Switch game encompassing both. That’s right, rather than the deep space of Metroid or the underground caverns of Hollow Knight, this sidescrolling action title has you adventuring through a pre-feudal Japan on a magical quest.

While we don’t have a Bo release date yet, we know that it’s coming thanks to the developers smashing their Kickstarter goal earlier this month. With the original aim of hitting the $35k mark, Squid Shock Studios went on to raise over £170k, exceeding targets that include a new game plus mode, more staff to develop the game, and that all-important Switch port.

With no sign of a Hollow Knight Silk Song release date on the horizon despite some recent teasing, Bo might just come along and keep Metroidvania maniacs busy for a few more months. It’s not the only recently announced title leaning into Japanese folklore either, with No More Robots’ Spirittea also on the horizon.

As mentioned above, we don’t have an exact release date for Bo yet, but the support goals suggest an estimated delivery for September 2023, so there’s still a good while to go. Of course, having raised more finances than originally intended, there’s a chance the game could come early, so be sure to keep your eyes peeled.

There you have it, all you need to know about Bo, its successful Kickstarter campaign, and some release date speculation. If you need something to prepare you for when the challenge does come, why not check out our list of the best Switch Metroidvanias.