Much like previous entries in the series, Diablo Immortal is teeming with magical items, stupendous spells, and devilish doorways to the beyond. In the mobile game out of Activision Blizzard, crests are one of the most important elements for securing legendary gems, a key component in creating a top-tier build to take on the dangerous dungeons.

Fortunately, we’re here to help, with our comprehensive Diablo Immortal crests and rifts guide. Whether you’re just starting out in Westmarch, or if you need to bolster your build for the late-game challenges, this guide provides you with all you need to dance with the devil and have confidence that you can best the beasts he summons at will.

For more devilishly helpful details, be sure to check out our guides to Diablo Immortal gold, Diablo Immortal battle pass, Diablo Immortal classes, and Diablo Immortal download. Or, if you’ve already had your fill of demonic dalliances in this particular version of Sanctuary, why not browse through our picks for the best games like Diablo on Switch.

What are Diablo Immortal crests?

To access rifts in Diablo Immortal, the game’s version of the popular co-op raid mechanic which unlocks around player level 20, you need to use either rare or legendary crests. You can use up to three of either crest per rift, and the more you include, as well as the higher the rarity, the better the items you receive for clearing the rift dungeon. 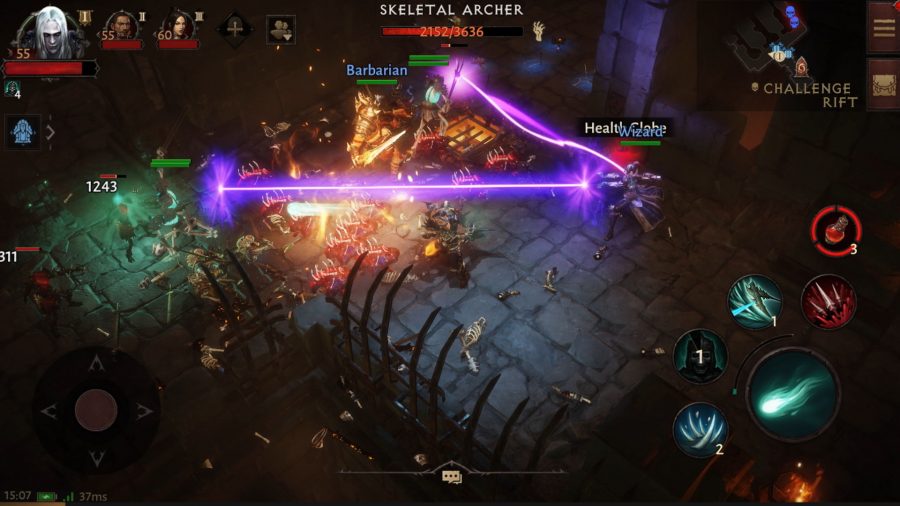 What are Diablo Immortal rifts?

Diablo Immortal rifts are a multiplayer game mode, that function as four-player challenges taking on dungeons in a limited amount of time. The main draw of rifts is that they offer exclusive rewards, such as normal gems, legendary gems, and tradeable runes. It’s worth noting that only with a legendary crest are you certain to land a legendary gem, so if you need a powerful gem, be sure to pick up a legendary crest using the method in the next section.

Where can I get Diablo Immortal crests?

You can get up to two rare crests per day, and one legendary crest per month, by visiting the hilts trader in Westmarch, who you can find on the right side of the town just by the immortal overlook waypoint. Unfortunately, this is the only way you can currently access legendary crests without spending via microtransactions, so be sure to claim your monthly legendary crest for 1,600 hilts, as well as your twice-daily rare crests for 300 hilts a piece.

The only other way of currently acquiring Diablo Immortal legendary crests is through purchasing them for real money in the shop. However, it’s worth keeping your eyes out for any special in-game events going forward as there’s always the possibility they might be included in a gift package.