Eve Echoes mining can be a difficult business, with thousands of players looking to make a buck selling ore, getting to the best minerals, and finding the rarest asteroids tucked away in space. But that’s why we’ve created an Eve Echoes mining guide, giving some info on ore types, what minerals they process into, and a general guide of how to become a miner in Eve Echoes.

We’ve also got plenty of info on mining skills, as well as an ore list, a planetary resources list, and a list of the best locations to find them. A lot people might be pursuing Eve Echoes mining, but it’s still one of the best ways of making ISK in the game.

If you find this article helpful, be sure to check out our Eve Echoes review for more thoughts on the game, or our Eve Echoes guide for some handy beginner tips. We even have an Eve Echoes race guide for helping you pick your starting race. Happy mining!

everything in our eve echoes mining guide:

eve echoes mining: how to mine

Since you don’t start with a mining laser, getting ore in Eve Echoes can be a little tricky, but here we are going to walk you through the process: 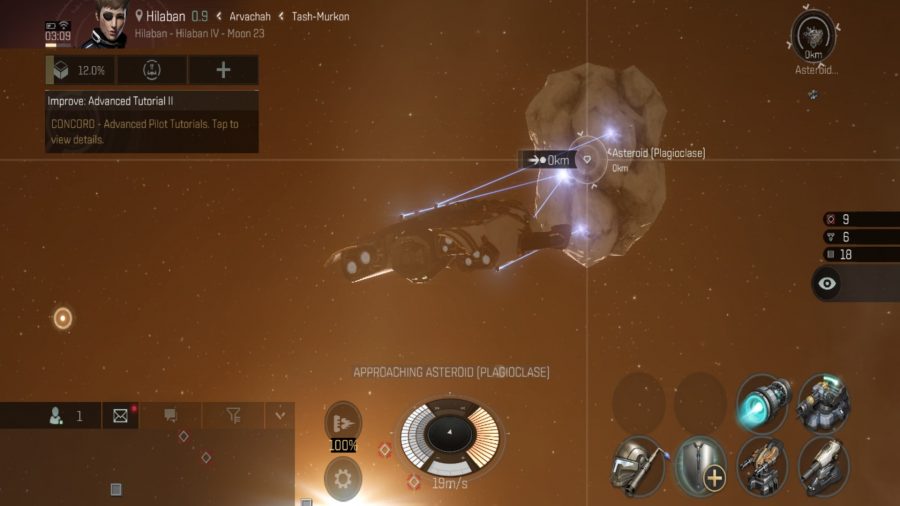 Sometimes Eve Echoes mining can feel a little like learning your own periodic table. Here’s our Eve Echoes mining ore list, the minerals you can get from each, and the security status systems you find them in: 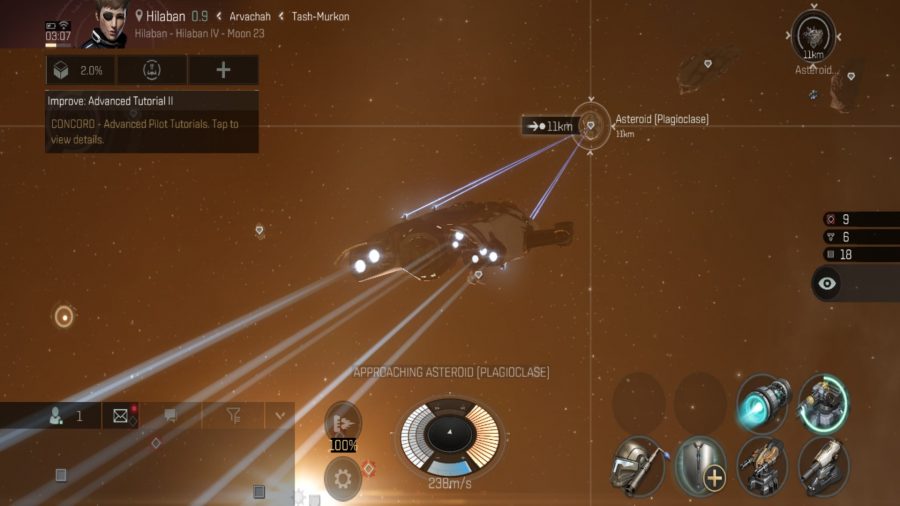 If you want to be a great miner in Eve Echoes, it’s worth investing in the appropriate skills to increase your yield. ‘Mining’ is a must-have skill for any budding prospector, as it increases the optimal range of mining lasers, and gives you more ore for your troubles:

Planetology is also worth investing in if you plan to mine lots of planetary resources, as it allows you to increase the number of planets you mine on, and the number of resources you can harvest at the same time: 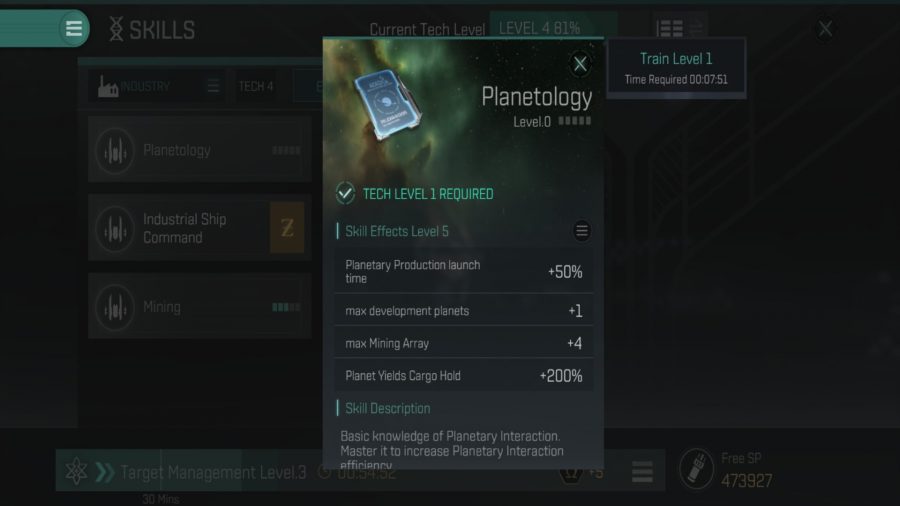 Compressed ore is something you might find when out mining in Eve Echoes. Though slightly rarer than its regular variant, you’ll know compressed ore when you spot an asteroid with the word ‘compressed’ in its name.

The ore you mine from this asteroid can be processed into 10x the usual yield of minerals, meaning it’s pretty valuable!  They are a slightly rare spawn, but as with any ore, the chances of finding them increases in lower sec.

There are tonnes of different ores in Eve Echoes, but generally the best ore to mine depends on multiple factors. Here’s what you should consider:

If you take the factors of what minerals an ore gives, how much those minerals are worth, and the rarity of that ore, it’s not too hard to determine what’s best. It’s also worth considering that the best way to make money from ore is manufacturing, and if you’re following a blueprint, you’re going to need very specific minerals anyway. Therefore the best ore to mine is the one that breaks down into as many of those required minerals as possible.

eve echoes mining: where to find pyroxeres in eve echoes

Pyroxeres is a super useful ore as it’s not insanely uncommon, yet it gives you Mexallon, and Noxcium on top of the usual Pyerite and Tritanium yield. While we don’t know any exact Pyroxeres locations, we do know it’s found in 0.5 to -1 security status systems Your best bet to find some is finding systems that match that security status using your star map overlay, and then try your luck with some asteroid fields in those systems.

Though there are a fair few mining ships in Eve Echoes, the Venture is arguably the best. This is partly because it’s easy to access early on in the game, as the Venture Trainer is actually given to you for completing advanced tutorials, but it’s also because it’s a reliable ship, with an ore hold, space for drones, a decent power capacitor, and an inherent warp stability bonus, meaning it’s harder to get caught out by pirates.

Though there are mining drones in Eve Online, there aren’t currently any available in Eve Echoes. They might become available in future, but we can’t say for sure. There are combat drones, however, and you can find recommendations on good drone ships in our ship list.

eve echoes strip mining: how to do it

Strip Mining is the name of a skill you can unlock which increases mining laser efficiency, but it’s also the process of ‘stripping’ an asteroid belt and gathering massive amounts of ore. In order to do it, you’re going need the MK5 Strip Miner, which also requires Omega Clone to use, as well as a Mining Barge capable of equipping it. The MK5 should set you back on average about 100,000 ISK, but prices fluctuate. You’ll also need to take into account the massive power capacitor draw of the Strip Miner. 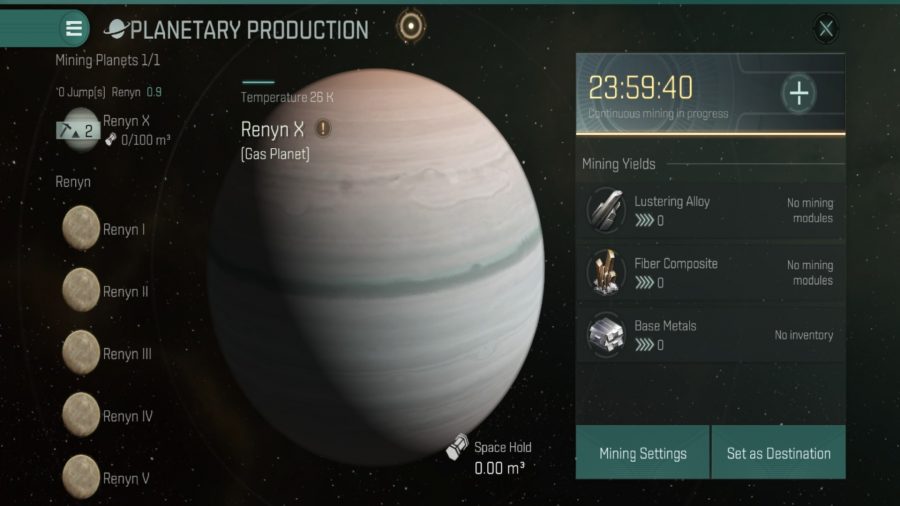 A good tip for mining planetary resources is that, as a general rule, your mining arrays produce more when in low sec and null sec systems.

If all this talk of mining has you hankering to play Eve Echoes, it’s downloadable on Google Play and the App Store!