Final Fantasy VII: Ever Crisis is a free-to-play, single-player adventure on iOS and Android, covering the events of Crisis Core, Before Crisis, the original Final Fantasy VII, Dirge of Cerberus, and Advent Children. Square Enix also revealed that it will include new story elements penned by Kazushige Nojima.

We will update this page frequently with any information revealed about FFVII: Ever Crisis, so make sure you keep it bookmarked. If you’re looking for something to play in the meantime, take a look at our list of the best mobile RPGs or, keep up to date with everything coming out this year by heading over to our list of the best new mobile games launching in 2021.

wHEN IS THE Final Fantasy VII: Ever Crisis BETA?

Thanks to the Final Fantasy VII 25th anniversary broadcast, we know a closed beta test will begin later this year, we’ll include instructions on how to sign up as soon as we have them.

Unfortunately, we don’t have a concrete Final Fantasy VII: Ever Crisis release date as of yet, but Square Enix has revealed you can expect the title to drop at some point in 2022 on iOS and Android.

What events does Final Fantasy VII: Ever Crisis cover?

Crisis Core: Final Fantasy VII – a prequel set seven years prior to the events of the original FFVII that tells the story of Zack Fair. Crisis Core released on the PSP in 2007 and is one of the best-selling PSP games of all time.

The original Final Fantasy VII – the game that started it all. The original title launched in 1997 for the PlayStation 1 and follows Cloud, a misunderstood mercenary, along with a ragtag group that hopes to save the world from an evil organisation called the Shinra Corporation.

Dirge of Cerberus: Final Fantasy VII – a third-person shooter that follows Vincent Valentine, a character you’ll remember if you played the original FFVII. It came out on PlayStation 2 in 2006 to mixed reviews.

Final Fantasy VII: Advent Children – a movie sequel set two years after the events of the original FFVII. The story follows Cloud, who has to stop three pale villains from resurrecting Sephiroth. It’s unclear how Advent Children will run in the Ever Crisis compilation, as it has never been a playable game in the past. 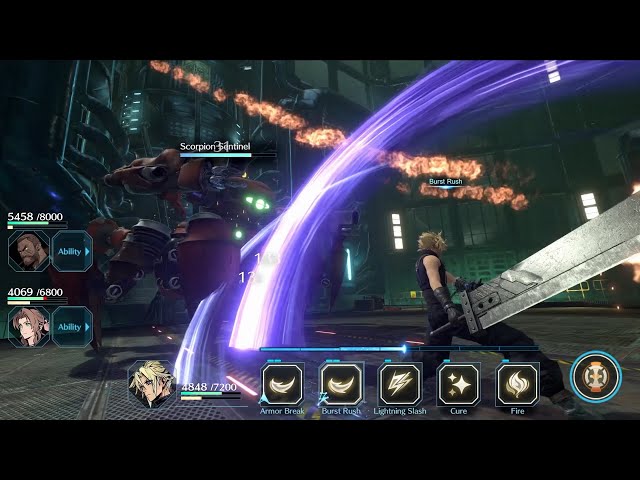 What is the Final Fantasy VII: Ever Crisis gameplay like?

Square Enix released a short trailer that shows the combat in the original Final Fantasy VII chapters will be similar to the action combat seen in the remake. It’s unclear right now if there will be a turn-based option to make the game more faithful to the original. Square Enix has not shown off any gameplay from the other titles included in the compilation as of yet.

A recent Famitsu interview with the game’s creative director, Tetsuya Nomura, revealed that Ever Crisis is a free-to-play title with gacha mechanics (cheers, Gematsu).

The game’s monetisation system revolves around weapon unlocks, and you can expect to see plenty of content that didn’t feature in the original game, including special weapons with their own costume sets.

Final Fantasy VII’s story is split into ten separate chapters, with the Midgar escape occurring sometime in the third. Ever Crisis will also feature some background story for Final Fantasy VII: The First Soldier.

Beyond that, the game boasts special dungeons to explore and battles to engage in that go beyond what was featured in Final Fantasy VII. It sounds like a fairly novel reimagining, much like Final Fantasy VII Remake, though it’s good to hear that Ever Crisis still uses familiar musical arrangements from the original title. 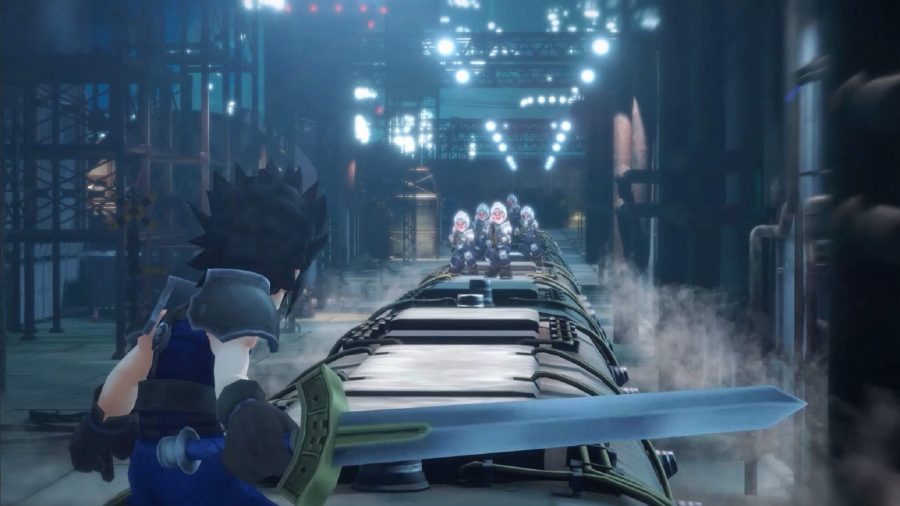 Will we get a Final Fantasy VII: Ever Crisis Switch port?

Square Enix hasn’t revealed any plans to release the title on any platform other than iOS and Android.

If you’re looking for more information about the upcoming FFVII mobile titles, here’s everything we know about the Final Fantasy 7: The First Soldier release date. That one’s coming sooner than Ever Crisis.