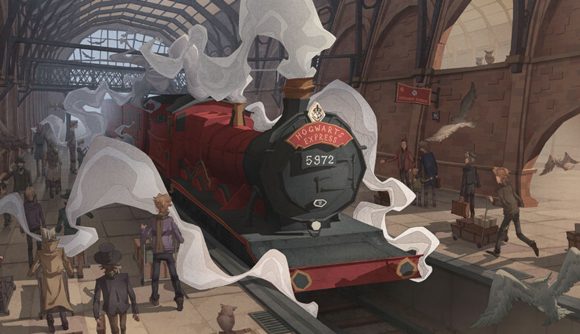 We always knew that Harry Potter: Magic Awakened is going to be a hit, but given it’s just reached one million pre-registrations, we now know for a fact that many of you are keen to dive into another adventure in the famous wizarding school.

What’s even more impressive about Harry Potter: Magic Awakened’s one million pre-registrations is that we’re yet to get a Harry Potter: Magic Awakened release date, but so many of you are still keen to put your names forward. Mind you, it’s always worth it to take part in any pre-order campaign for a mobile title, especially since there are usually rewards up for grabs should certain milestones be hit.

The same rings true for Harry Potter: Magic Awakened. We already knew that you could get your hands on an exclusive card pack through pre-registration, but as a thank you for the one million pre-registrations, NetEase is handing you all 1,000 gold and a complimentary library pass, the latter of which provides you with five random spell cards.

Where can I sign up for Harry Potter: Magic Awakened pre-registration?

If you want to pre-register for Harry Potter: Magic Awakened, you can do so by heading over to the official website, and it doesn’t matter if you’re an iOS or Android user, as the game is coming to both platforms.

Since we still don’t have a release date for the title, you probably need something to keep you busy, so why not check out our picks for the best Harry Potter games on Nintendo Switch and mobile. Or our lists of the best Android games and best iPhone games for a range of titles.