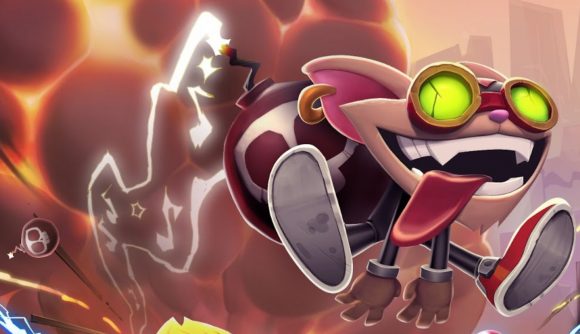 Attention, LoL fans, a new game set in the popular MOBA universe is on the way. Hextech Mayhem: A League of Legends Story is a rhythm runner developed by Choice Provisions and it’s coming to Nintendo Switch, GOG.com, and the Epic Games Store next week, with a Netflix mobile release on the horizon.

With the Hextech Mayhem: A League of Legends Story release date looming, let’s take a look at what we can expect from the title. It features popular League of Legends champion Ziggs, who you all likely know for his love of explosives. Throughout Hextech Mayhem, you run your way through various parts of Piltover and, of course, cause plenty of mayhem along the way. You also need to avoid Heimerdinger – seriously, don’t let this scientist harsh your buzz. It’s up to you and Ziggs to build a bomb, one that the people of Runeterra won’t soon forget.

Unsurprisingly, the game sees you jump and explode your way through the levels that feature obstacles, enemies, and explosive chain reactions, all in time to the title’s soundtrack. The aim of the game is to cause as much carnage as possible, so don’t be shy when lighting those fuses.

If you need more details before committing to Hextech Mayhem, Riot Forge is offering more information in a video showcase on November 16. The company also plans to clue you in on what to expect from Ruined King: A League of Legends Story in the coming weeks. 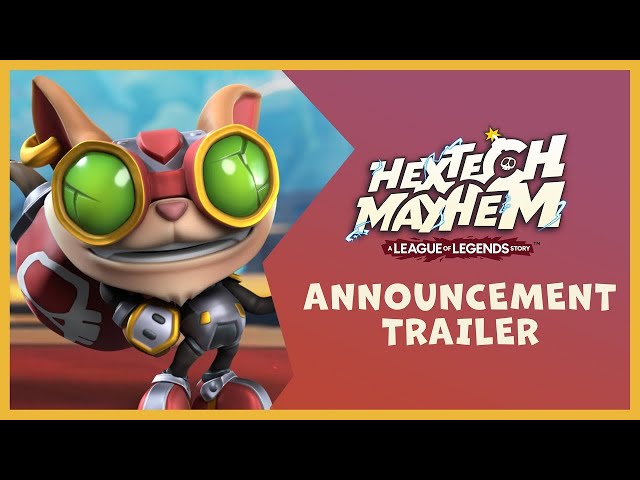 What is the Hextech Mayhem: A League of Legends Story release date?

You can look forward to causing some carnage with Ziggs on November 16.

When are Hextech Mayhem pre-orders available?

Hextech Mayhem: A League of Legends story pre-orders are live on Nintendo Switch, GOG.com, and the Epic Games Store. Those of you that pre-purchase the game through these storefronts receive an exclusive ruined Ziggs skin.

Should you be after something to tide you over until next week, why not give LoL: Wild Rift a try? If you do, we have a League of Legends: Wild Rift guide explaining all the basics, including classes, lanes, and items. Or, you could check out our picks for the best mobile platformers if you’re after something different.